5 of the most advanced ancient civilizations on Earth you...

Ranging from Astronomy, Biology, Chemistry, and Engineering, numerous ancient cultures had amazing knowledge thousands of years ago which we have not managed to understand, despite a great effort by mainstream scholars.

In this article, we take a look at five of the most advanced Ancient Civilizations on the planet.

The ancient Egyptians were renowned for being super advanced not only in Mathematics and Architecture but in Medicine and Astronomy like only a few other civilizations on Earth.

Thousands of years ago, the ancient Egyptians developed medicine that allowed them to treat parasitic disease and malaria while flourishing on the River Nile.

Their knowledge of anatomy enabled them to treat a number of diseases using unconventional methods.

In other words, the Ancient Egyptian Civilization Helped shape the world we live in today.

Interestingly, Ancient Egyptian is considered as one of the oldest languages on planet Earth; it has survived for five thousand years, having a lifespan longer than nearly all other languages on Earth.

According to researchers, their language can be divided into five phases: Old Egyptian, Middle Egyptian, Late Egyptian, Demotic, and Coptic. Interestingly, their ancient writing system –which was made up of a complex system of hieroglyphics—can be traced back to around 2690 BC.

Scientifically speaking, the ancient Egyptians were way ahead of their time and by 1650 BC, they had a grasp of multiplication, division, fractions, prime numbers, linear equations, and geometry.

Oh and, not to mention that SOMEHOW, they erected some of the greatest ancient monuments on the surface of the planet: The Pyramids.

However, personally, one of the most interesting things about the ancient Egyptians is the fact that they were the first ancient civilization that invented a way to measure time. The ancient Egyptians did not only invent the calendar; they created the machine that kept track of time and had two types: Water Clocks and Sun Clocks.

Just as the Ancient Egyptians, the Ancient Maya were brilliant astronomers and even better mathematicians. They are credited –although it is still disuputed— for the invention of the ZERO and measuring the length of a solar year with fascinating accuracy.

The ancient Maya developed and flourished in the southernmost parts of modern-day Mexico, Guatemala, and Belize.

The Ancient Mayas were one of the most important and developed ancient civilizations ever to exist on Earth. They are especially noted for the Maya script, the only known developed writing system of the Pre-Columbian Americas. The earliest inscriptions of a Maya script and identifiable Maya writing go back as far as the 3rd century BCE and were discovered in San Bartolo, Guatemala.

Interestingly, this ancient Mesoamerican civilization is known to have PERFECTED the use of RUBBER creation diverse products from it 3,000 years before people in the old World even knew what rubber was.

The truth is that when Spanish conquistadores set foot on the American Continent and met the Ancient Maya civilization, they encountered not a primitive culture, but one that was extremely developed leaving many Spaniards astonished.

The Ancient Indus Valley Civilization is considered –based on a new study— as one of the oldest civilization on the planet (8,000 years old) and even predates the Ancient Egyptian and Mesopotamian civilization by thousands of years.

The ancient Indus Valley Civilization is known for some things, but most importantly for their extremely well-planned cities. Before cities such as Harappa and Mohenjo-Daro were built, its constructors planned every single detail about the cities with extreme detail.

According to researchers during its peak, the Indus Valley Civilization may have had a population of over FIVE MILLION inhabitants.

They were among the first ancient cultures to create houses from backed bricks and incorporated extremely elaborate drainage systems and water supply systems.

The Ancient Civilization of Caral 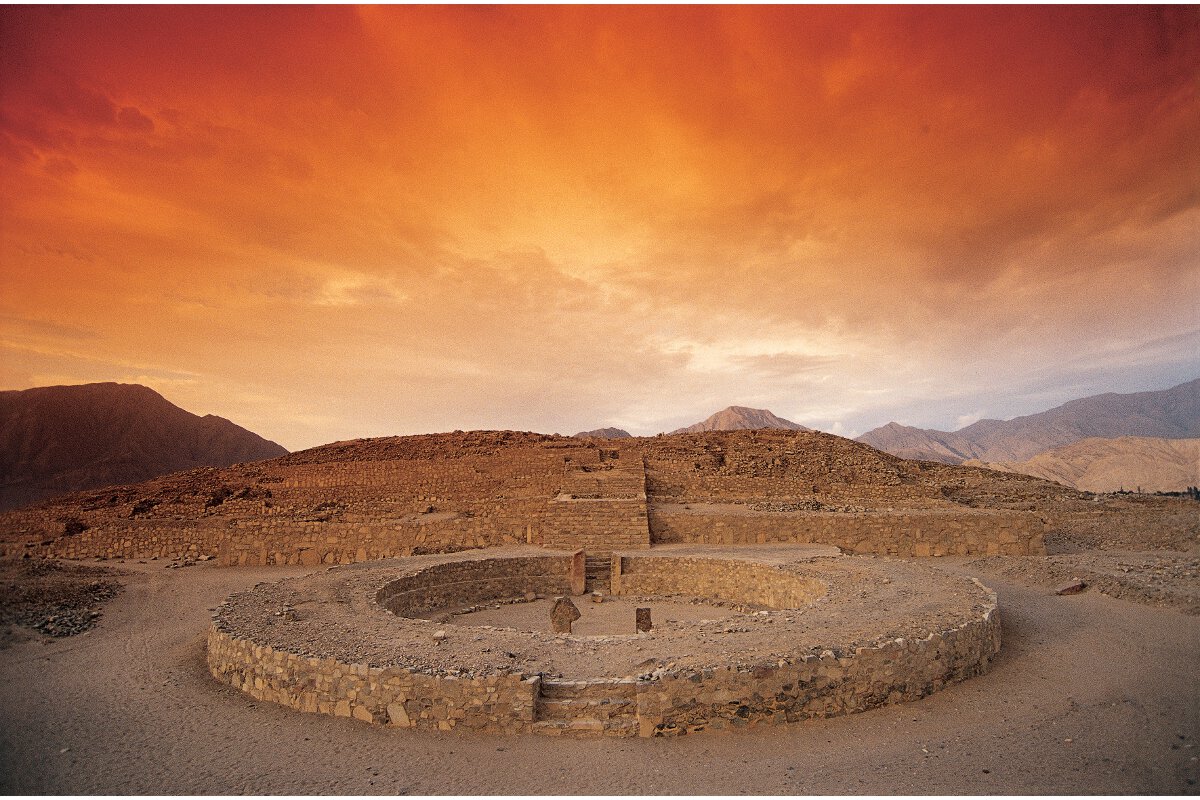 One of the most mysterious and advanced ancient civilization to ever exist in South America is a civilization called Caral, which lived in the coastal region of modern-day Peru.

According to historians, one of the earliest forms of communication –equivalent in age to the Cuneiform Script developed by ancient Mesopotamian civbiliztations—on Earth was developed by the ancient civilization of Caral.

In fact, archaeologists believe that Caral is one of the most sophisticated ancient civilizations ever to develop on Earth.

Their pyramidal complex covers a staggering 165 acres and is one of the largest on Earth.

The Pyramids built by the ancient civilization of Caral is contemporary with the ancient Egyptian Pyramids.

The main pyramid found at Caral covers a staggering area nearly the size of four football fields and is eighteen meters high.

One of the most important things we have to mention about Caral is that no weapons, no mutilated bodies or any signs of warfare are present on the site, which points to the fact that Caral was a diplomatic and highly developed culture and the oldest city in the western hemisphere.

It turns out that the not-so-famous ancient Peruvian civilization developed advanced methods in agronomy, medicine, engineering, and architecture over 5000 years ago. Their knowledge in several sciences has left today’s researchers perplexed and unable to answer the many mysteries of the greatest South American civilization to develop independently.

As for energy exploitation and fluid mechanics, Caral took advantage of the wind, now known as the Venturi Effect, by channeling it through underground ducts in order to achieve high temperatures through bonfires.

Interestingly, researchers have found that the ancient inhabitants of Caral used willow —containing the *active chemical ingredient in aspirin*— to relieve pain such as headaches.

The ancient engineers of Caral were splendid engineers mastering civil engineering and applied seismic resistance technology to the over-5000-year-old constructions.

The Ancient Civilization of Tiahuanaco

The sophisticated people of Tiahuanaco created fabulous cities like Tiahuanaco and Puma Punku and were the FOREFATHERS of another great civilization: The Ancient Inca.

According to scholars, Tiahuanaco emerged ‘suddenly’ sometime around 300 AD, reaching its peak between 500 and 900 AD.

The ancient inhabitants of Tiahuanaco created sophisticated farming techniques and water channels that still function today. This way they provided much-needed water for their crops through advanced irrigation channels.

Researchers estimate date during 700 AD, the ancient civilization of Tiahuanaco was a central power dominating across a vast area that stretches from Peru, Bolivia, Argentina, and Chile.

Researchers estimate that the population of the ancient Tiahauncos reached numbers between 300,000 and 1.5 million.

The ancient builders of Tiahuanaco also created some of the most impressive ancient monuments on the planet, erecting gigantic structures comprised of megalithic stones.

Some of the most noteworthy structures erected by this ancient civilization include Akapana, Puma Punku and Akapana East, Putuni, Kheri Kala and Kalasasaya. The Gateway of the Sun is one of the most well-known structures.

According to archaeologist Arthur Posnanky, the temples the ancient Tiahuanaco civilization made was designed with polished stone blocks that have several rows of small round holes, according to Posnanky, they could have been used to hold something in the distant past. These round holes are so precise that it is hard to believe that ancient civilizations made them without some sort of advanced technology.

Featured image: An artists illustration of a Pyramid on a hilltop. Image by Martin Ostrolucky.