Ancient Egyptian technology: a propeller that is thousands of years... 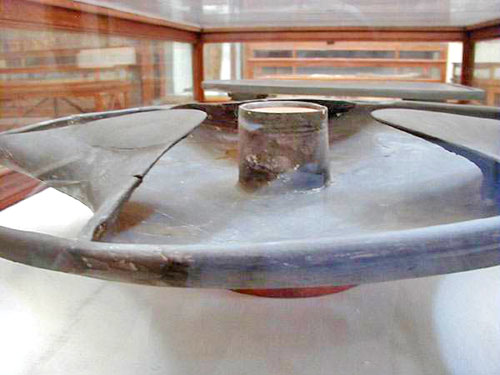 Prince Sabu was the son of Pharaoh Adjuib, ruler from the First Dynasty who ruled Egypt around 3000 BC.

The item has been called as “puzzling” by archaeologists and even its discoverer, Walter Brian Emer who found the mysterious artifact in 1936, in the ​​Sakkara, in the tomb of Pharaoh Adjuib son, Prince Sabu. The mysterious circular object of 61 centimeters in diameter and 10.6 cm in height at the central part was made with extreme care out of a type of rock called shale, which according to archaeologists requires a very laborious carving process. The object looks like a concave wheel, with three curved blades located on the inside that resemble, however you put it, a ship’s propeller, having a hole in the center that is very similar to pulleys or wheels, assumed to function as a receptor axis. 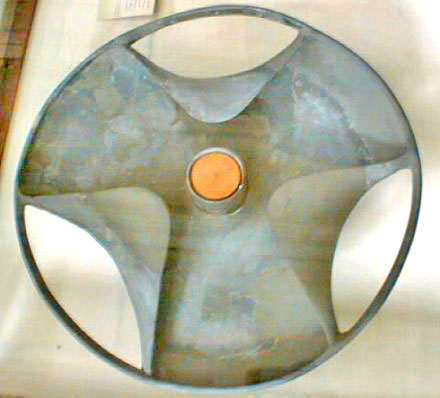 So far all of those who have taken time to analyze this mysterious object have failed to explain its purpose and curious design, which is even stranger taking in count that the wheel, wasn’t present at that time in history in ancient Egypt. The wheel actually arrived to Egypt after the invasion of the Hyksos at the end of the Middle Kingdom around 1640 BC, so we can say that this mysterious object wasn’t used as a wheel. Plus researchers believe that the object was to fragile to be used as a wheel.

The strange artifact is made from a common material in the area and, despite its curious shape, that has baffled archaeologists and researchers for years, its development does not require a technology beyond the reach of ancient Egyptians even though it demonstrates a perfection that goes beyond the skillful hands that probably carved it. The object has earned its mysterious part due to the fact that researchers have not been able to place it anywhere in Egyptian history nor have they found out its true purpose. 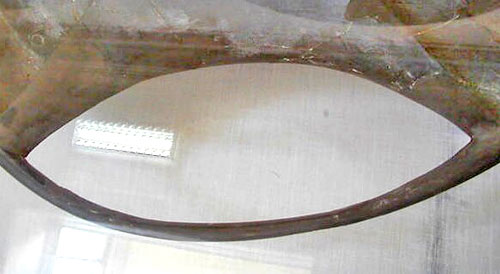 The similarities of this object to a modern-day propeller are astonishing, and that is one of the main characteristics that has been causing debate among scholars.

So is there a possibility that this was a recreation of similar technology that ancient Egyptians saw? Thus, deciding to recreate it in the best way possible? That is one of the views that ufologists and researchers have.

The engineers at Lockheed Missile & Space Company designed a very similar device to the ancient disk found in Egypt during the decade of 1970, usable for energy savings in railway transportation or for storing energy in electric drive vehicles. Futuristic? Sure! The strange part is that the design is incredibly similar to that of the ancient Egyptians.

Egyptologist Cyril Aldred noted that regardless of what this ancient disk was, its design corresponded undoubtedly to a reproduction of an earlier metallic object much older and much more advanced.

We are still searching for a satisfactory explanation that will tell us more about this object, its peculiar design and purpose.

Is it possible that this disk, is in fact, a replica of a device that the ancient Egyptians saw, thousands of years ago? And decided to replicate it so that Prince Sabu could “take it” with him to the afterlife.