Mysterious Ancient Geoglyphs in Kazakhstan: Researchers find evidence of an...

Mysterious Ancient Geoglyphs in Kazakhstan could be the ultimate evidence of an 8,000 year old civilization that went unnoticed until now.

NASA has released the first high-resolution satellite images of some of the figures from an altitude of around 400 miles. The images of the area will help uncover other potentially hidden geoglyphs that went unnoticed previously.

Thanks to images from Space, another incredible ancient mystery has been revealed as satellite pictures of a deserted and remote area of Kazakhstan revealed giant geometric figures of squares, lines, crosses and circles, some of them approximately 200 meters in size, and only recognizable from the air. These are the ‘Nazca lines’ of Kazakhstan. Even though the discovery was made some eight years ago thanks to popular software ‘Google Earth’ when Russian archaeologist Dmitriy Dey found them, since then, several experts in the field have helped expand the research into these mysterious geometric figures. There are over 260 geoglyphs that have been discovered so far with the oldest one being around 8,000 years old, and most of them can be found near a Neolithic village of the area. The largest of them is a giant square composed of 101 raised mounds.

The gigantic square’s corners are connected by a cross that runs diagonally across the geoglyph and its area covers more terrain than the Great Pyramid of Cheops according to researchers and writing from the New York Times. But there are over 200 other geoglyphs that went previously unnoticed and would remain a mystery if it wasn’t for satellite images and archaeological interest.

When Mr Dey found the mysterious shapes in 2007, when he identified the giant square, he first believed it to be the remains of some sort of Soviet installation, but in the following days he discovered more shapes and by the end of the year he had found dozens of mysterious shapes. That number today tops 260 and there could be more.

The mysterious formations were the subject of debate at the archaeological conference in Istanbul Turkey, these geometric figures are unique and unstudied earthworks of the Turgai region. Up until now, the so-called Steppe Geoglyphs are an enigmatic puzzle for archaeologist and the outside world. 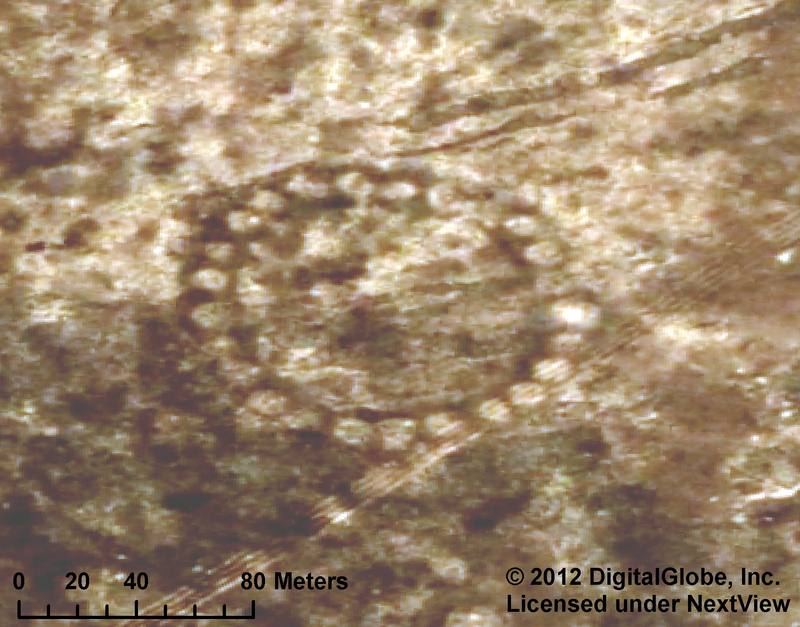 “I’ve never seen anything like this: I found it remarkable,” said Compton J. tucker, who is a senior biospheric scientists for NASA in Washington.

According to experts, in the distant past, the rich land of the steppe were a very attractive destination for Stone Age tribes and Mr Dey believes that the Mehadzhar culture, which flourished in the region from 7000 to 500 BC could be responsible for the largest and oldest figures of the so-called Steppe Geoglyphs. Scientists however find it very unlikely that a nomadic tribe would have stayed in the region that long in order to construct the figures. 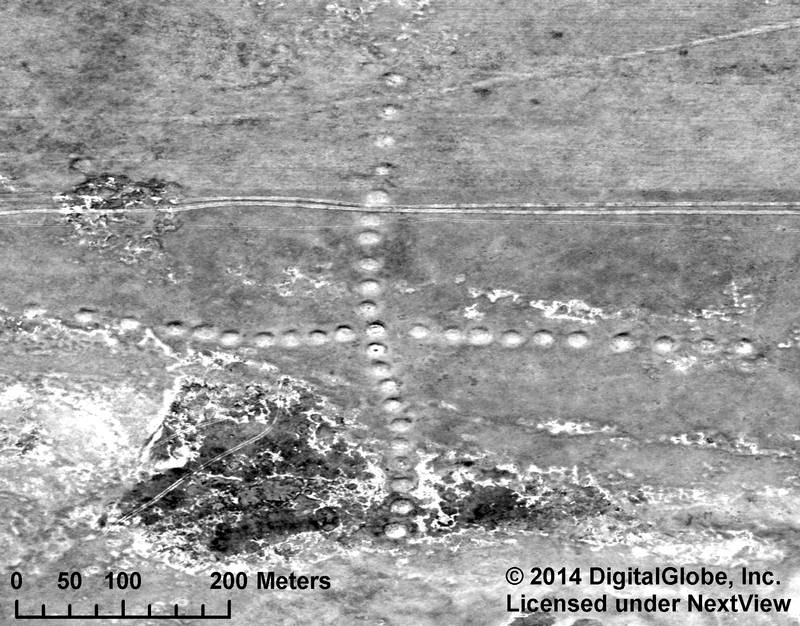 According to an interview with the New York Times, Mr Dey theorized that the enigmatic figures may have been used to observe and follow the movements of the sun, a similar function to that of Stonehenge in the UK.

Giedre Motuzaite Matuzeviciute, an archaeologist from the Cambridge University believes that “enormous efforts” went into building these structures.

This only proves that ancient mankind was far more advanced that history gives credit, discoveries like this provides further insight into the lives and possibilities of ancient mankind. The Cambridge archaeologist is unsure whether these incredible figures should be referred to as Geoglyphs, since these tend to depict “Art’ rather than objects with function.