Quetzalcoatl, Viracocha, and Kukulkan: The Ancient Anunnaki Gods that will... 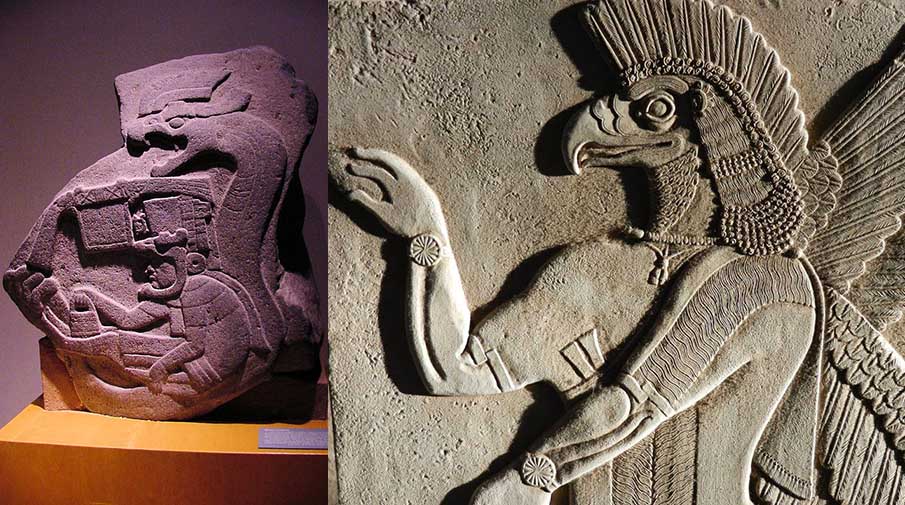 Is it possible that Quetzalcoatl, Viracocha, and Kukulkan were in fact ONE deity? The descriptions of all three ancient Gods is especially interesting since all three deities were depicted with features not characteristic for the inhabitants of South America: white skin, a wide forehead and graying red beard and big blue eyes. Were these three Mesoamerican deities somehow connected to the Ancient Anunnaki?

If we take a look at ancient cultures around the globe, specifically those of the American continent we will find stories and legends that are eerily similar. From the Aztecs, Olmecs, Maya, to the Inca and the cultures that predate them, we find evidence of ‘Gods’ who left Earth, promising to return one day.

But who were these gods? And why are their descriptions so similar?

Viracocha is the great creator god in the pre-Inca mythology. He was one of the most important deities in the Inca pantheon and seen as the creator of all things. Strangely, the ancients described Viracocha with features that were not characteristic for the inhabitants of South America. Viracocha is represented as having a beard and a mustache something very unusual because American Indians did not have long beards and mustaches, even more strangely, the representation of Viracocha is very much like the ancient Gods of ancient Sumer in Mesopotamia.

Is that a tell-tale sign we need to pay attention to?

Interestingly, just as Viracocha was depicted with features unlike those of the native people of the Americas, the Aztec god Quetzalcoatl and several other deities from Central and South American pantheons, were described in legends as being bearded, white-skinned, blue-eyed and relatively tall.

If we compare those descriptions with the deities from ancient Mesopotamia, we ill notice numerous fascinating similarities that raise many questions.

The beard once believed to be a mark of a prehistoric European influence, quickly fueled and embellished by spirits of the colonial era, and its significance in the continentally insular culture of Mesoamerica.

The Maya, ancient Aztecs, were dark skinned people. They were normally not very tall and had brown eyes. Kukulcan’s, Quetzalcoatl’s and even Viracocha were in their human representation a complete contrast, having white or silver hair, white skin, blue eyes, and were much taller than the natives. 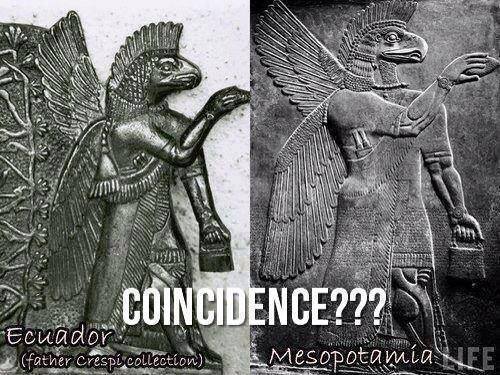 Kukulkan, just as Quetzalcoatl, had a human form as well as that of a feathered serpent.

So who were these ‘Gods’? Where did they come from and more importantly, why did all of them promise to return one day?

Who were Quetzalcoatl, Viracocha, and Kukulkan? If he truly were ancient Mesoamerican Gods, why did ancient civilizations of the Americas describe them having white skin, a wide forehead and graying red beard and big blue eyes? Furthermore, how did the ‘feathered serpent, aka Quetzalcoatl’ reach the distant empire of the Aztecs?

Where did he come from? Is it possible that Quetzalcoatl, Kukulkan, and Viracocha are in fact ONE God, which somehow was physically present in all ancient American cultures? And why is it that he is persistently associated, in native Mexican folklore with the planet Venus?

Is it possible that these Ancient Gods were in fact spacefaring travelers who came to Earth as many ancient astronaut theorists suggest? What if these gods are in fact the same deities described in Ancient Mesopotamia: The ancient Anunnaki?

Interestingly, if we take a look at the Codex Telleriano-Remensis we will find descriptions of what seem to be flights of a spacecraft that performs cruises and landings to the astonishment and terror of the natives…:

“…Every evening, and for several nights, a great clarity appears coming from the horizon, rising towards the heavens, having the shape of a pyramid in flames, it greatly impressed the king of Texcoco so much that he decided to end all wars…”