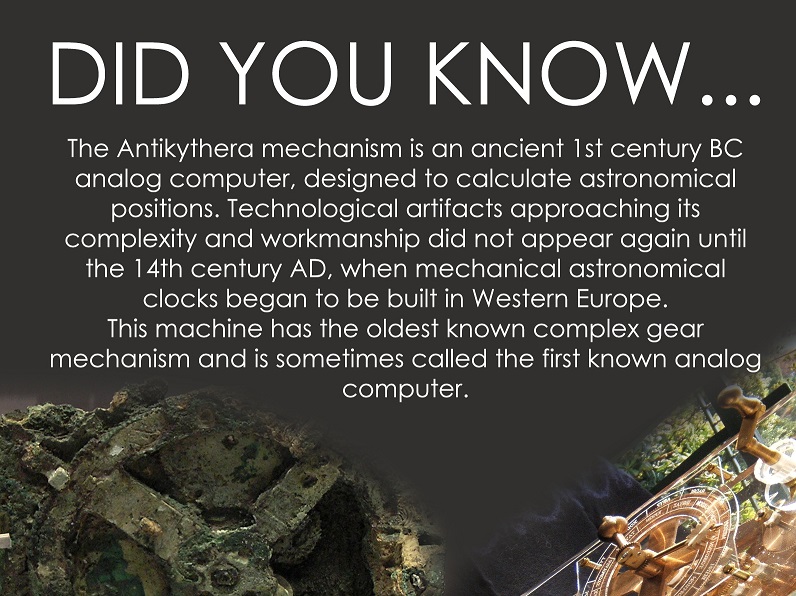 We all know that the ancient Greeks excelled as one of the most intelligent people in history. Their impressive results in many sciences have helped develop society and humanity as we know of it today. The Antikythera mechanism is according to researchers another product of Greece. There is no other instrument like it, nothing found until today compares to the Antikythera mechanism and better yet, there are no recorded texts that would suggest that something like it ever existed. Is it really possible that ancient people had the knowledge of building a device, as complex as the Antikythera mechanism? History tells us that it is improbable yet here we have an incredible “ancient computer.”

After years of study, it was believed that the ancient artifact known as the Antikythera mechanism was an astronomical calendar. But researchers worldwide have come to the conclusion that this device is an astronomical calculator of extreme precision, much more complicated that scholars have previously thought.

The device was discovered by chance actually, as a storm deviated a group of divers in the 1900’s. They reached he island of Antikythera between Peloponnese and Crete and while diving, they discovered the remains of a Roman ship that sunk around 65 B.C. Inside the wreckage, this mysterious device was discovered. 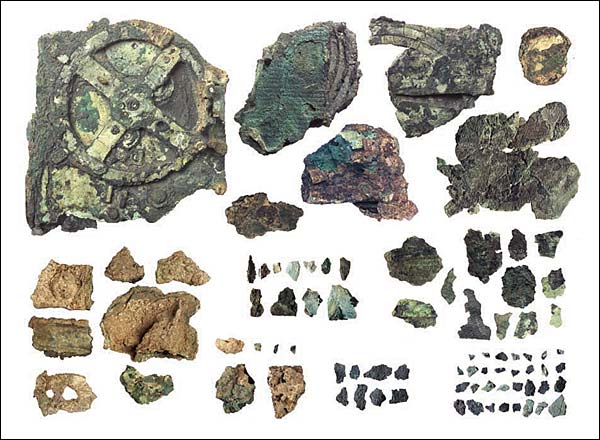 The Antikythera mechanism is basically made out of wood and bronze. Its dimensions are 31.5 centimeters in length, 19 centimeters wide and have a thickness of 10 centimeters. Researchers believe that the system of gears was protected by a wooden box, which is now almost totally destroyed. The device had two doors, one at the front and one at the back with astronomical inscriptions covering most of the exterior of the mysterious mechanism.

Hewlett-Packard and their research team took digital images of the device in 2005, the pieces that make up the entire device were later analyzed by an X-ray scanner of High resolution belonging to the British company X-Tek Systems. These two companies make up the AMRP or the Antikythera Mechanism Research Project together with the universities of Cardiff, Athens among others.

According to researchers, all of the analysis has helped determine the exact purpose of the device; The front dial was used to obtain the position of the Sun and Moon in the zodiac and a corresponding 365-day calendar that could be adjusted for leap years, while the rear dials indicated two astronomical cycles which among other things were used to predict lunar and solar eclipses.

Scientists have managed to identify a total of thirty handmade gears, and it is believed that the mechanism had at least, seven more gears. Having this said, the Antikythera mechanism is something that appears to be out of time, it doesn’t belong in that period of history according to many researchers who are still in shock by how ancient man was able to construct and design such an elaborate device. the construction of the Antikythera mechanism is so complicated that nothing like it was built until the “first” mechanical clocks in the middle ages, so this adds to the mystery of how ancient Greeks had the knowledge to build such an extraordinary device. 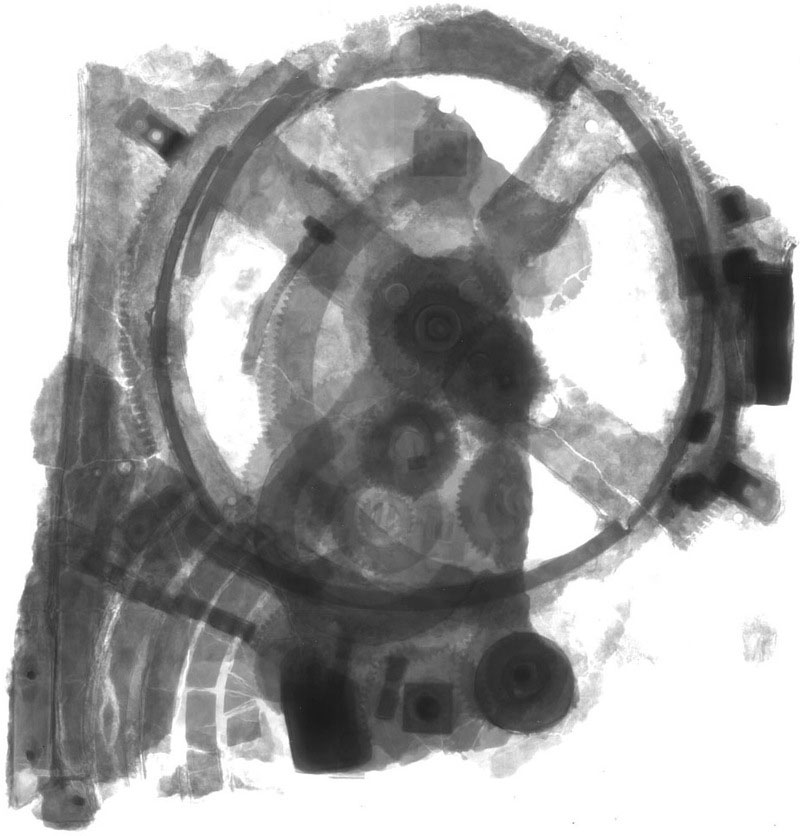 It is understandable that calendars were extremely important in ancient societies, not only because of their religious meanings but also because of their agricultural importance. Solar and Lunar eclipses as the motions of the planets were often considered as prophetic interpretations.

So who built it?

Researchers are unsure as to who was the person responsible for the design and construction of the Antikythera mechanism, some speculate that Hipparchus of Nicaea (190-120 BC), might have been the inventor of the device.

Hipparchus of Nicaea was considered one of the great geniuses of antiquity. He was a geographer, mathematician, and astronomer whose findings revolutionized astronomy. Hipparchus of Nicaea produced a catalog of 850 stars, classified them according to their brightness just as astronomers do today. He measured the year with an error of 6.5 minutes, discovered the precession of the equinoxes; calculated the distance from Earth to the Moon with great precision and most importantly, he developed a theory explaining the irregularities of the motion of the moon in the sky due to its elliptical orbit. He was also who succeeded Eratosthenes at the Library of Alexandria.