The Great Pyramid of Giza—where the Ark of the Covenant...

According to ancient religious texts, the Ark of the Covenant also known as the Ark of the Testimony is a gold-covered wooden chest described in the Book of Exodus as containing the two stone tablets of the Ten Commandments. Named in various verses of the Torah and the Bible, the Ark remains a great mystery to historians. While some claim that it never existed, others still seek it, convinced that its existence is real.

What if the Ark of the Covenant was, in fact, real, and has a mysterious connection to one of the most enigmatic ancient structures on the surface of the planet: The Great Pyramid of Giza? 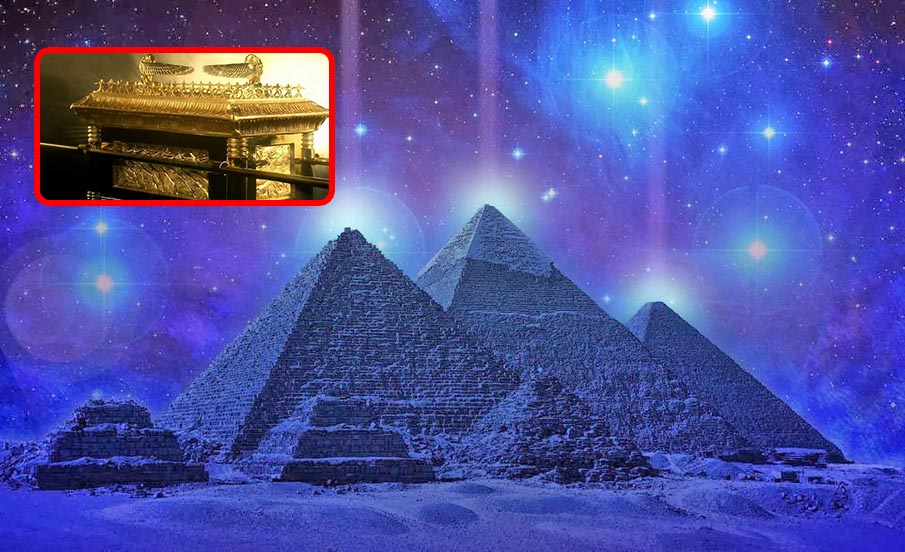 So what do we know about the Ark of the Covenant? We know it was a powerful ‘device’. Only a select few could approach it. When approached, anyone had to take extreme precautions and wear some sort of protective outfits. The ark was plated with gold.

Furthermore, we know from the Book of Exodus, that after the Israelites were released from Egypt, God summoned Moses to the peak of the holy mountain giving him two stone tablets that were carved with the ten commandments. At that moment, God provided Moses with exact instructions on how to build the Ark of the Covenant, one of the most enigmatic ‘devices’ in the history of mankind.

The entire Ark was plated with gold, and a crown of gold was put around it. Four rings of gold were attached to its four feet, two on each side and through these rings staves of shittim-wood plated with gold were placed to carry the Ark. these were never to be removed. A golden cover was placed above the Ark; also called kapporet. Interestingly, there are numerous researchers that suggest if the construction details of the Ark are those which were recorded in the past, then the ark would basically resemble an electrical capacitor with two electrodes separated by insulator drivers.

The defenders of this idea, base their proof on the fact that the measuresments exposed in the sacred texts would coincide with the size of one of the sarcophagi of the Egyptian monument, where no mummy has ever been found.

As noted by Gerry Cannon from Crystallinks, “the word ark comes from the Hebrew word aron, which means a chest, box. Its dimensions are described by the bible as 2.5 cubits by 1.5 cubits by 1.5 cubits (45 inches by 27 inches by 27 inches). Curiously, this is the exact volume of the stone chest or porphyry coffer in the King’s Chamber in the Great Pyramid in Egypt. This coffer was the only object within the King’s Chamber, as the Ark was the single sacred object within the Holy of Holies, in the Temple. Also the laver, or basin, that the priests used to wash their feet had the identical cubit dimensions.”

Furthermore, Cannon elaborates that “The cubit dimensions of the inner chamber of the Temple, the Holy of Holies, are precisely identical in size to the King’s Chamber in the Pyramid and the same volume as the molten sea of water on the Temple Mount as prepared by King Solomon. Since the Pyramid was built and sealed long before the days of Moses, when he built the Ark and the Holy of Holies, and had remained sealed for over twenty-five centuries until the ninth century after Christ, there is no natural explanation for the phenomenon of both structures having identical volume measurements.”

No matter how far-fetched this theory may sound, various groups of scientists and historians are trying to determine the truth of it. In addition to the historical value that the Lost Ark would possess, many believe in the magical power of the object.