The Rhodope Skull: The mysterious cranium of a real-life Alien?

The mysterious ‘alien’ cranium was discovered in the mountains of Bulgaria by a 38-year old resident of Plovdiv. Until today, no one has been able to offer conclusive details about what the mysterious skull is. Fact or fiction? As always you decide.

When you want to prove that Aliens exist on Earth… what would be the first thing you would ask for? In our views, it’s physical evidence. Without physical evidence saying that aliens exist is just a wild theory actually, but what if we had physical evidence? I guess at that moment we would probably remain skeptical and say, Nah… it’s impossible, it must be something else. 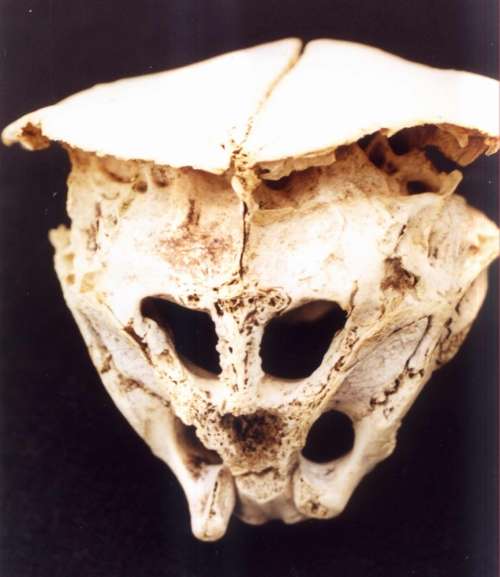 In the last couple of decades, people all around the world have found mysterious skeletons which do not resemble any known species on planet Earth, therefore, these skulls are considered by many as ‘Alien’, unlike anything anthropologists and other researchers are familiar with.

Dimiter Kovachev, the Director of the Paleontology Museum in Asenovgrad, is positive that the discovery is no fossil and has no analogy” or resemblance to any hominid skull known to science.

The anomalous skull weighs only 250 grams, it has six mysterious cavities which according to UFO enthusiasts, could belong the creatures ‘sensory organs’. According to the skull formation, the creature to which the skull belonged could have had up to six eyes, or another set of ‘unknown organs’. The most mysterious feature of the Rhodope Skull is that it lacks a mouth.

“Anthropologist Prof. Yordan Yordanov believes that the skull doesn’t look like any human cranium known to science for the past 30 million years.”

Skeptics, on the other hand, believe that the Rhodope skull is just (another) elaborated hoax, or that it might have belonged to a species that remains unidentified. 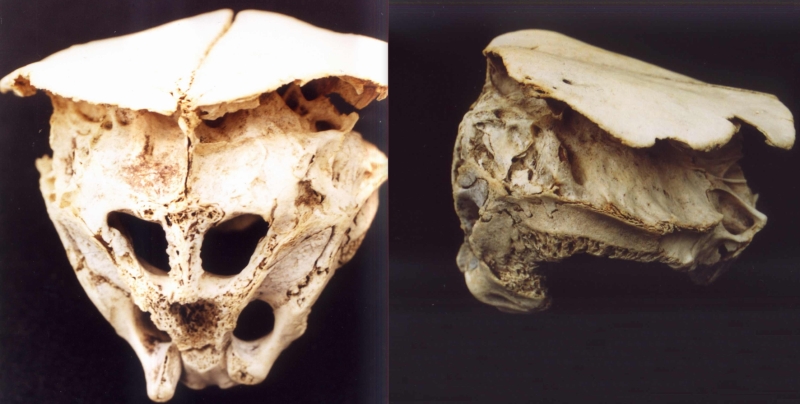 The thing about discoveries like this is that, given the numerous ‘findings’ that have been fabricated around the world, it is hard to differentiate the real from the fake ones. While this could certainly be just another item that was created by someone and buried on purpose, there is also a possibility that we are dealing with a real cranium of an Alien being, or, the remains of a unknown (now extinct) species on the planet.

According to the discovery of the mysterious cranium, he has already received several ‘generous’ offers from people who are keen to acquire it.

Regrettably, just like with other findings that have been made in the past, there is little information that can tell us more about the mysterious finding. We were unable to find any scientific information relating to the skull. The whereabouts of the cranium are unknown, and the first article about the skull appeared in Turkish newspaper Milliyet. (However we were unable to find the original article on the website http://www.milliyet.com.tr/)

Let us know what you think this mysterious cranium is, and if you have more information that can help us find out more about its let us know.