The strangest images from Mars

Mars has been one of the most important celestial objects for humans for centuries. We have observed and recorded the movement of the red planet and even named gods after our neighbor planet. Today, thanks to the research performed by space agencies worldwide, we can learn more about the red planet than ever before.

The images sent back by NASA’s rovers have been both revolutionary and controversial as some of them are more than strange. Is it too exaggerated to say that there is a slight possibility that there are structures on Mars? and that these structures are not just natural geological formations of the Red Planet? Well if you believe that all of the images from Mars that look like statues, animals, and other objects are just a strong case of Pareidolia, check out the following images from the red planet which might make you change how you see the red planet.

The possibility of life on Mars is higher than ever, and as each day goes by NASA’s scientists are a step closer to proving that the red planet did in fact have life thousands of years ago. This would change the entire picture about the red planet and these “statues” and “random” objects become something more… another mystery on Mars waiting to be explored and explained. 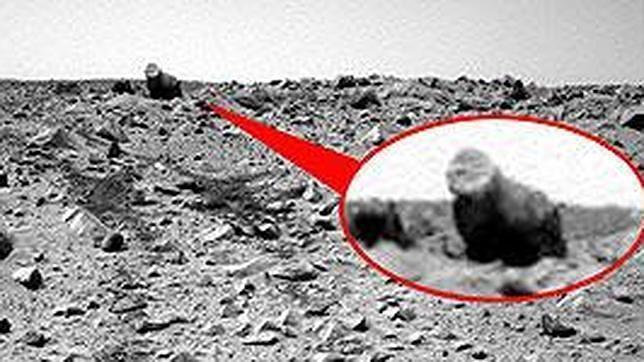 One of those really crazy images from the red planet. This image apparently shows a… gorilla? right? Or is Pareidolia kicking in again? Well, this object is very similar to some sort of ape; Now notice the surrounding rocks are more pointy, with sharp edges, this “formation” has smoother edges and round details. The question is, what is it? Just another one of those Martian rocks? Or is there something to the red planet we do not know? 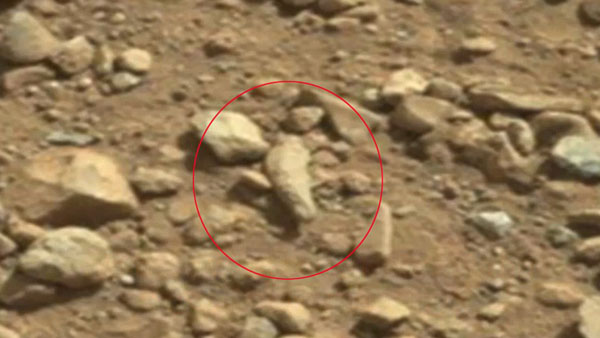 Id say this one is more Pareidolia than anything else, i mean yeah, it could be just another martian rock, but again the surrounding objects are very unlike this strange looking formation that some have called ” the finger on Mars”. 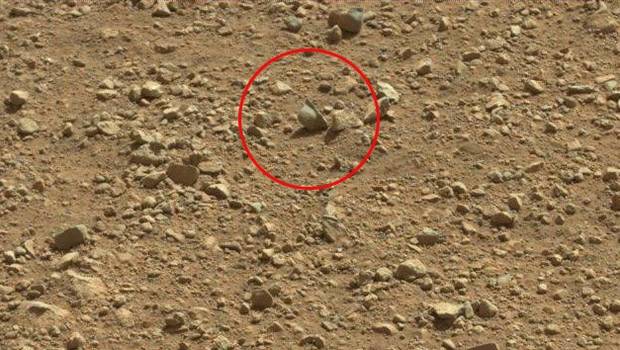 Ahh, the Martian helmet. another one of those crazy images. And this one actually looks like a World War I helmet, or at least resembles it a bit don’t you think? It could be just one of those really nicely shaped rocks credited to “Martian Mother Nature” but the similarity to a army helmet is just incredible. 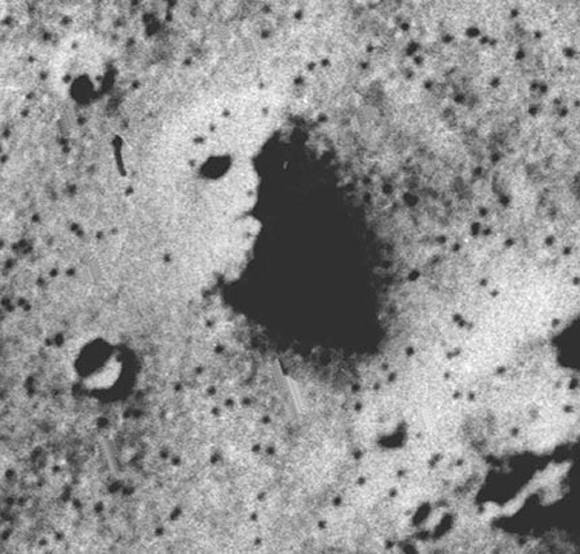 Probably one of the most famous images from Mars is the Face of Mars. NASA even did a press conference when this image was sen to Earth to explain that due to the light conditions and angle from which the image was taken, Pareidolia kicked in to make it seem as there was an actual monument on Mars, with a humanoid face. Pareidolia or not, the image is a bit freaky, you can actually distinguish nose, eyes, and mouth… right? 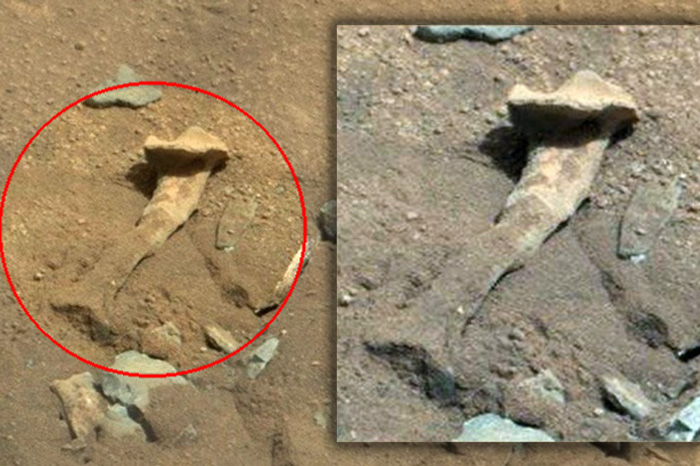 One of the more recent images sent back to Earth from Mars is this images that according to some resembles an actual bone. Specifically a femur thigh bone. But, NASA quickly explained that this is just another Martian rock and we quote;  “it is not the fossilized remains of a mysterious Martian. “Mission science team members think its shape is likely sculpted by erosion, either wind or water.” So there you have it, it seems the Red planet is a really cool artist, don’t you think?

Those are some of our favorite images from the red planet, but we are sure that we will have tons of new images to talk about in the next months so stay tuned.