Alien “city” found on the Moon state Ufologists: Here is...

Is it possible that there are alien structures on the Moon? Or what if, the Moon itself is an Alien structure? For over 20 years, people have debated whether there is something anomalous with Earth’s natural satellite, now it seems that after all, the Moon is filled with surprises. 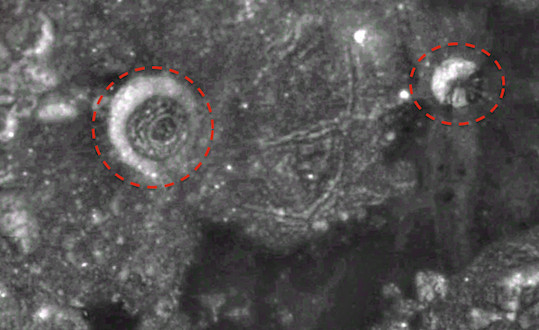 According to reports from Ufologists and from several UFO websites, there is an Alien city on the surface of the Moon. Some have even gone as far as to suggest that a highly advanced civilization inhabits a certain region of the moon, and that the existence of these “Aliens” has been covered up by NASA and the United States government.

Have Ufologists gone too far this time? Or is it possible that there are structures on the moon  According to THIS Ufologist, we are looking at clear images of a lunar city located inside a lunar crater, and we can all check it out using Google Earth.

Scott C. Waring, editor of the popular blog UFO Sightings Daily firmly believes he has found clear evidence of the existence of “little green men” on the surface of the moon. He believes that the alien city has been constructed on purpose inside the lunar crater. Mr. Waring used Google Moon to locate the crater found in the “Lacus Veris” region.

If you want to check out the alleged alien lunar city or yourself, head on over to this link and get yourself a cop of the software millions of people are using to explore the moon for crashed UFO’s, structures and cities. Once installed, from the View/Explore menu select
“Moon” and enter the following coordinates which will take you to the mysterious alien lunar city:18° 0’56.81″S 86° 7’35.50″W.

For those of you who don’t feel like installing Google Earth, here are the images of the alleged lunar city:

Mr. Waring circled the area in red where he believes the Alien city is located.

“Looking over Google Moon map I found an alien hive structure inside of a crater. The crater is located just below Lacus Veris and looks far from the norm of what humans would expect an alien structure to look like,” Waring writes. “Near it there is a crater that shows a face, with a large hat or hair, and an eating, the face shows an object like a snake or tough coming from its mouth.”

This isn’t the first time UFO hunters have found strange things on the Moon. According to many people, Earth’s natural satellite is in fact a giant Alien base, which is one of the main reasons humans have not visited the moon lately.

So, what are your thoughts? Is it possible that UFOlogists have gone too far with this one? Or is it possible that the moon does in fact have mysterious structures that cannot be the result of natural formations?