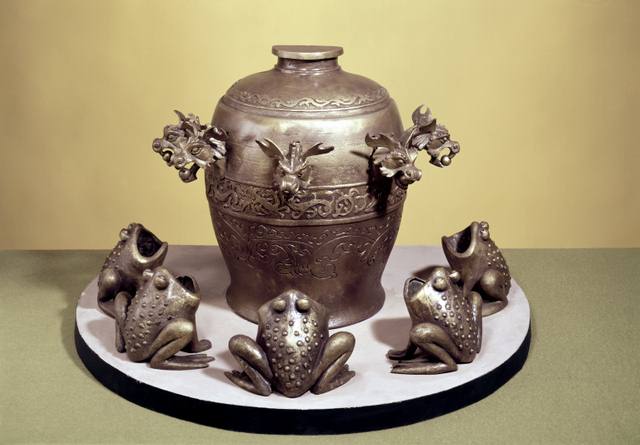 Although we are still unable to predict with accuracy when and where an earthquake will happen, we have made significant advances in the detection, recording, and measurement of seismic waves. However, many are unaware of the fact that the process that led us towards or modern detection methods started nearly 2000 years ago with the creation of the first Earthquake detector in 132 AD by Chinese inventor Zhang Heng (張衡). It is worth mentioning that the ancient seismograph has an enviable precision even today to detect earthquakes at great distances.

Interestingly in 2005 scientists from Zhengzhou –located only a few miles from the hometown of the famous inventor—created a replica of the ancient seismograph and used it to detect simulated earthquakes based on four different and real events which occurred in China and Vietnam. To the surprise of scientists the ancient seismograph invented by Zhang Heng detected them all.

In the second century the ancient Chinese were unaware of the fact that earthquakes were caused by activity of geological faults’ friction on the edges of tectonic plates or by volcanic processes; instead they explained the phenomenon as riots between the cosmic energies of yin and yang in conjunction with the discontent of the heavens –which was considered a warning—of acts committed by the ruling class in power. Taking this into account historians note that it was critical for Ancient Rulers to understand when an earthquake was about to occur. 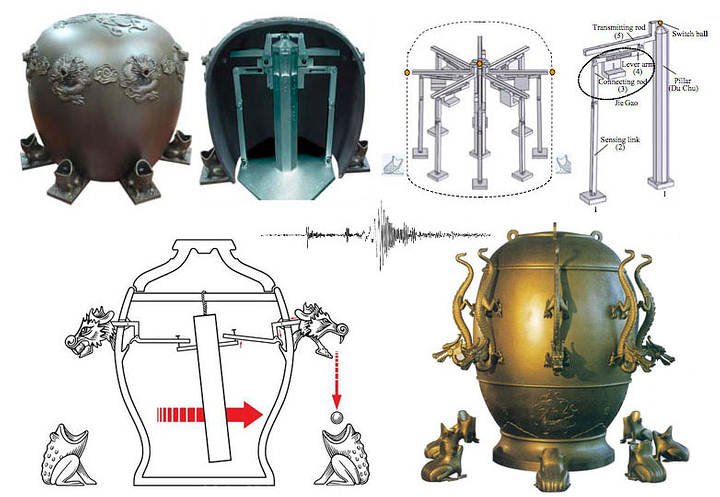 Born in the city of Nanyang, Zhang Heng was a skillful scientist, engineer, astronomer, painter and writer. During a long period of his life he was a Royal Astronomer in the Eastern Han Dynasty and he is credited with the creation of one of the first star maps rivaling its counterpart created by Hipparchus in the year 129 B.C. and unknown to Zhang. In this map the Chinese polymath depicted the exact positions of 2,500 stars and baptized about 320 of them. He estimated that the night sky, from which only one part was visible, contained around 11,500 stars an exaggerated figure for an observer with a good view, but which turned out to not a bad estimate. He explained the lunar eclipses with staggering precision and argued that these occur when the moon crossed the shadow of the Earth and imagined planet Earth as a small sphere suspended in space and surrounded by an immense and very distant spherical space. In the year 123 he corrected the calendar to coincide with the seasons.

However, the most famous project by Zhang Heng was that of the invention of the seismograph which predates the modern ‘European’ seismograph by approximately 1,700 years. Zhang Heng’s device was so accurate that it could detect earthquakes from great distances which was something that was appreciated by the imperial court. The device was a vase-shaped object with several heads of dragons on its sides. Each one of the dragons had a bronze sphere in their mouth. Around the feet of the dragons Zhang Heng placed several bronze frogs with their mouths open. If the device registered an earthquake one of the bronze spheres would automatically loosen and fall in the mouth of the frogs. The position of the frogs indicated the direction where the Earthquake occurred.

According to ancient records, on one occasion one of the spheres fell without any perceivable earthquakes. After several days had passed a messenger arrived with news of an earthquake in Kasu 600 kilometers from where the device was located and in the accurate direction pointed out by the ancient seismograph.