Were the Pharaohs of Ancient Egypt hybrid Aliens?

Were the Pharaohs of Ancient Egypt hybrid Aliens? And is it possible that Humans are not from Earth as some suggest?

There are many people who believe that Ancient Egypt and its history are filled with mystery. From the construction of the Great Pyramid to ancient Egyptian mythology there have been dozens of enigmas that have baffled scholars.

Now, a new study suggests that Ancient Egyptian Pharaohs were subjected to genetic engineering by beings, not from Earth. Could this be the ultimate connection to the “Gods,” the reason why Akhenaten, for example, claimed: “There is only one god, my father. I can approach him by day, by night.”

According to a new study, which is the result of a 7-year-old study which mapped the genomes of 9 Ancient Egyptian Pharaoh’s, the rulers of ancient Egypt have numerous mysterious traits. Some researchers even believe that Ancient Egyptian Pharaohs could have a strong otherworldly connection printed in their DNA. Even though Akhenaten’s mummy has not been found (officially) many believe that his awkward shape and behavior points to a mysterious origin, one that many argue is connected with the Gods. 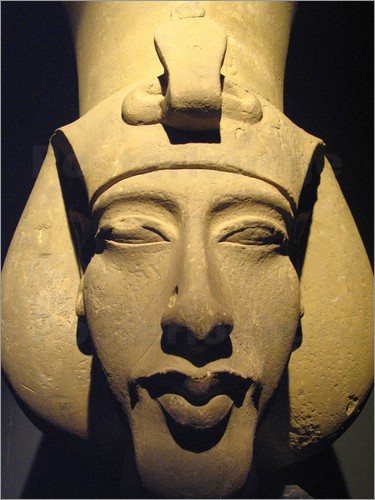 In 1352 BC, Akhenaten ascended to the throne as the tenth pharaoh of the 18th dynasty. Almost immediately, he instituted a series of radical religious changes, including a ban on references to multiple gods. He abandoned traditional Egyptian polytheism and introduced the worship of the Aten, a disk-shaped object.

Research suggests humans are not from Earth

Many researchers have come to the conclusion that human beings are not from Earth. One of them is American ecologist Dr. Ellis Silver who presented his book: Humans are not from Earth. The author argues that humans may not be “natives” to Earth – and may have arrived separately from elsewhere. Silver provides arguments based on human physiology, suggesting that we have not evolved along with other life forms on Earth, but that we actually come from elsewhere in the universe, brought here by extraterrestrial beings tens of thousands of years ago.

“The Earth approximately meets our needs as a species, but perhaps not as strongly as whoever brought us here initially thought,” Silver said in an interview with Yahoo news.

Silver believes that some of the chronic diseases that affect the human race – such as back pain, could be a very important sign that suggests that humans actually evolved in a world with less gravity. Silver also talks about other uniquely human traits, like the fact that the heads of babies are relatively large that women have difficulty giving birth, in the past, this was often fatal for the mother, child or both.

Researchers have focused on several singular medical abnormalities to explain Akhenaten’s appearance. Among them are Frohlich’s Syndrome, Klinefelter Syndrome, or Marfan Syndrome. But the truth is that experts cannot agree. Unconventional thinking suggest Akhenaten might, in fact, be the result of Alien intervention and that his mysterious appearance and way of ruling over Egypt is without a doubt an indication that could point to an otherworldly connection.

Is Akhenaten’s mummy hidden from sight because it is evidence of Alien contact? While the bodies of many pharaohs and members of their families have been preserved as mummies, no mummy of Akhenaten has been found. Many people believe that we have not been able to find the mummy of Akhenaten because it would shatter Ancient Egyptian history and origin as we know it.

The truth is out there

In the last couple of years, there are numerous researchers who look to the stars hoping for answers. American ecologist, Dr. Ellis Silver is just one of those who believe that Earth and humans are two different concepts and that somewhere out there, our makers are waiting for us.