Here Are 11 Of The Oldest Cities Ever Built On...

When you think about the oldest settlements and cities on Earth, a few of us are aware of the fact that some of these cities date back to times before history was even written.

Depending on the definition of a city, we can discuss a number of ancient settlements that could rightfully compete for the title of the oldest city on Earth.

If we take a look what textbooks have to say, a city is usually defined as being a large populated urban center of commerce and administration, ruled by a system of laws, while regulated with means of sanitation.

And while this may be a really basic definition of a city, other factors such as population, number of buildings, level of government, the presence of walls and fortification, and the density of buildings/population.

In ancient times, a city was mostly described as an urban center of dense population, featuring a specific pattern of buildings.

Professor M. E. Smith of Arizona State University writes in The Sage Encyclopedia of Urban Studies: The demographic definition, based on the concepts of Louis Wirth, identifies cities as large, dense settlements with social heterogeneity”.

Based on the above definitions, I’ve gathered a list of 11 of the oldest cities erected on Earth.

Damascus is arguably the oldest of them all

Damascus is now the capital of the Syrian Arab Republic and is considered the countries largest city. Damascus has an extensive history and according to scholars, the early stages of the city date back to around 10,000 BC.

The ancient city of Damascus was recognized as a significant cultural, commercial and administrative center for thousands of years.

Jericho, nearly as old as Damascus

According to reports, archaeologists have successfully excavated the ruins of as many as twenty successive settlements in Jericho, dating back more than 11,000 years. The city is one of the oldest continuously inhabited cities on Earth, and the first people settled there as early as 9,000 BC.

Eridu—the oldest city on Earth, according to the Sumerian King List? 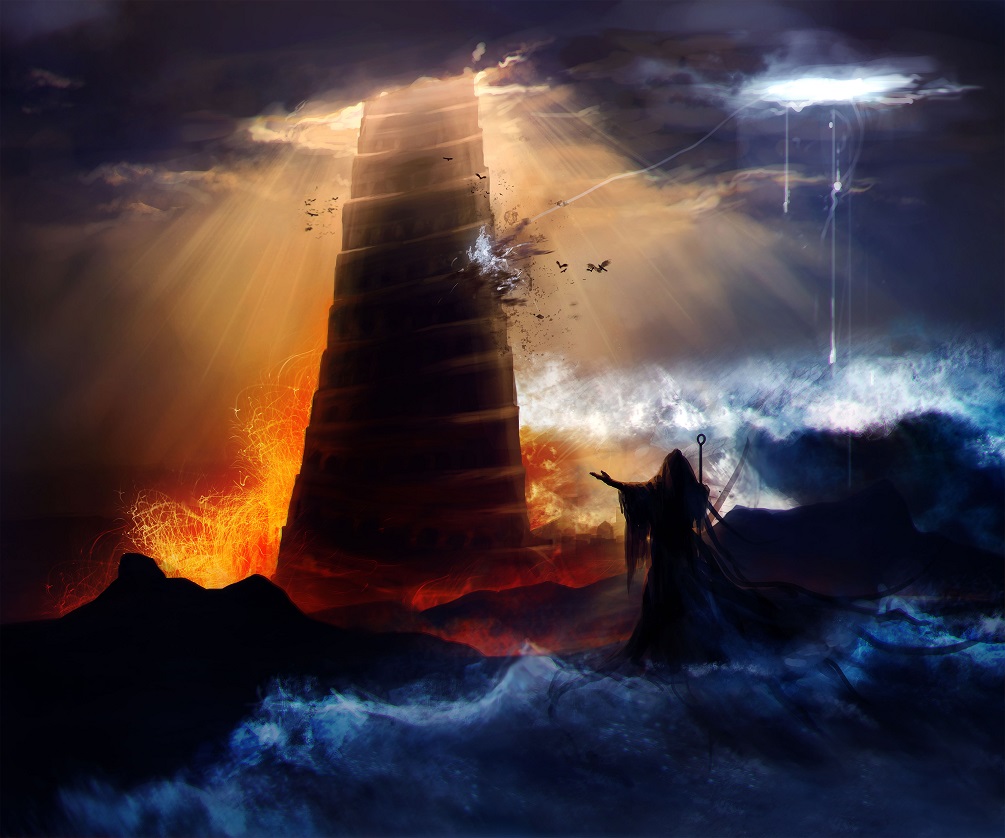 We start off with Eridu, located in modern-day Iraq. This city was long considered the earliest city in southern Mesopotamia and is still today argued as being the oldest city in the world. Experts argue that Eridu could mean either mighty place of guidance place.

It is mentioned in the Sumerian King List: “In Eridu, Alulim became king; he ruled for 28800 years. Alalngar ruled for 36000 years. 2 kings; they ruled for 64800 years. Then Eridu fell and the kingship was taken to Bad-tibira.”

The ancient city of Eridu was considered the birthplace of humanity.

According to the Sumerian King List Eridu was the first city in the World. The opening line reads,

When kingship from heaven was lowered,
the kingship was in Eridu.

In Sumerian mythology, Eridu was said to be one of the five cities built before the Deluge occurred. The city is believed to have been founded in 5400 BC.

India is the birthplace of many incredible things. Rightfully, India holds one of the most incredible histories in the world. According to Hindu Legend, the ancient city of Varanasi is at least 5,000 years old and is considered one of the first cities to appear on Earth. Despite legends suggesting the city dates back more than 5,000 years, evidence of habitation goes back around 3,000 years.

According to Hindu mythology, Varanasi was founded by the god Shiva.

Byblos—From where the English word ‘Bible’ is derived from

Byblos is considered by many authors cradle of many civilizations. This ancient city is considered the oldest of Phoenicia and is believed to have been continuously inhabited for at least 5,000 years, although signs of occupation date back even longer.

The English word Bible is derived from Byblos, as the city was an important port where papyrus was exported from.

The city was founded as Gebal by the Phoenicians, and its current name was given to the city by the Greeks.

Uruk rightfully competes in the list as one of the oldest cities on Earth. Founded by the king Enmerkar, the Sumerian King List mentions a king of Eanna before him, the epic Enmerkar and the Lord of Aratta relates that Enmerkar constructed the House of Heaven for the goddess Inanna in the Eanna District of Uruk.

In the Epic of Gilgamesh, Gilgamesh builds the city wall around Uruk and is king of the city.

Archeologists have discovered multiple cities of Uruk built atop each other in chronological order.

The ancient City of Aleppo is a treasure-trove of history. The city has barely been excavated by experts since the modern city occupies its ancient city. According to reports, the ancient city of Aleppo was inhabited since around 5,000 BC, as excavations in Tallet Alsauda have shown.

The ancient city was of great importance and evidence of that is that fact that Aleppo appears in historical records much earlier than Damascus.

The first record of Aleppo comes from the third millennium BC, in the Ebla tablets when Aleppo was referred to as Ha-lam. Alexander the Great took over the city in 333 BC.

Arbil—an ancient city a few have heard of

Locally called Hawler by the Kurdish people, the ancient city of Arbil is the modern-day capital of Iraqi Kurdistan and is one of the largest cities in modern-day Iraq. According to archaeological evidence, human settlement at Arbil (aka Erbil) can be traced back to around 5,000 BC, making it one of the oldest continuously inhabited settlements of the world. Erbil was an integral part of Assyria from around 2050 BC, becoming a relatively important city during the Old Assyrian Empire.

The ancient city of Athens is considered as being not only the birthplace of western civilization but the homeplace of philosophy and critical thinking.

The city of Athens has been continuously inhabited for around 7,000 years while the oldest human occupation in the surrounding area dates back between the 11th and 7th millennium BC.

According to experts, the ancient city of Argos was inhabited continuously since at least 5,000 BC. In Greek Mythology, Argos was the son of Zeus. The city is famous for the introduction of measures that set the standards for an accepted system.

The city has been cycling between village and city status for 7,000 years. According to scholars, the recorded history of the city begins in the latter 1st millennium BC.

Interestingly, Argos is considered to be the origins of the ancient Macedonian royal Greek house of the Argead dynasty, whose most celebrated members were Philip II of Macedon and Alexander the Great.

Crocodilopolis or if you wish Shedet, or more commonly Faiyum was founded around 4,000 BC.