The Giant Spheres of Costa Rica follow an intricate pattern! 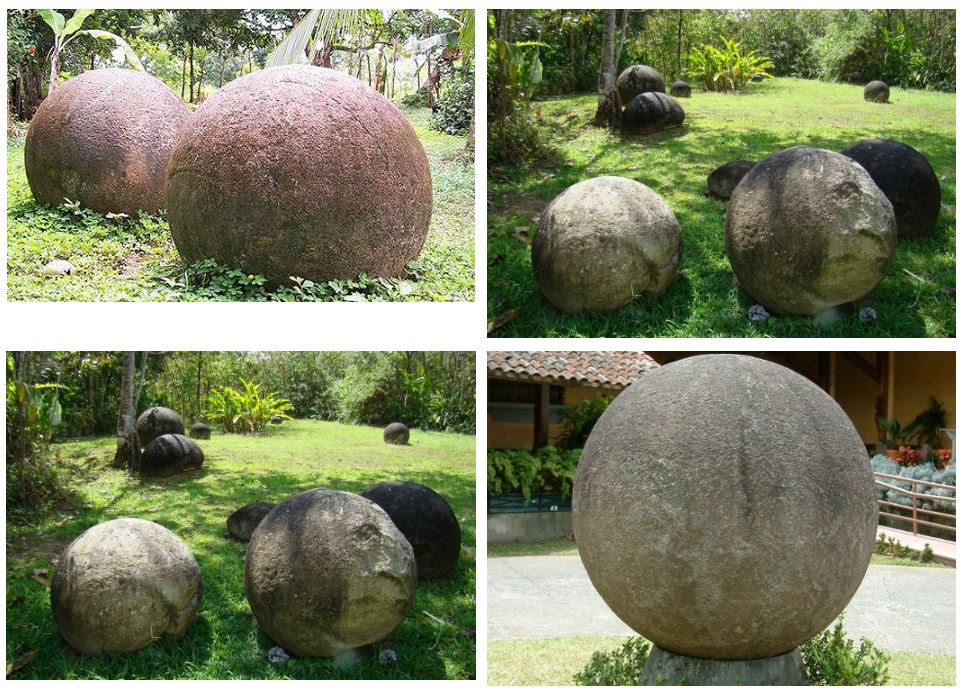 The spheres of Costa Rica are proof of incredible masonry skills. A study performed by the University of Pennsylvania shows that the spheres are 96% perfect. They range in size between 0.5 and 2.50 meters in diameter and are intricately placed in specific geographic locations. Most importantly, the ancient inhabitants of Costa Rica claim the spheres were not crafted by them.

The Massive spheres located in Costa Rica are one of the greatest archaeological mysteries of the last century. Interestingly, the indigenous people who placed the spheres to their respective locations claim that they were not their builders. The natives took the spheres as a sign from the gods and considered them to be of great importance.

No one knows what they are or how they were made. Interestingly, the indigenous people who placed the spheres to their respective locations claim that they were not their builders. The natives took the spheres as a sign from the gods and considered them to be of great importance.

The massive spheres of Costa Rica were discovered in 1939 after an area of southern Costa Rica was cleared to plant bananas. More than 500 petrospheres of unknown origin were found, and experts were left baffled. The only thing that is known for sure is that they were placed in their sites sometime around 300 BC.

Furthermore, the spheres are composed of extremely hard rock, and the weight of the largest spheres exceeds 16 tons.

But most importantly, these ancient spheres are incredible because they were not placed randomly, but follow an intricate scheme which researchers have identified throughout the years.

The Spheres are unique. In fact, there is no other set of spheres equal by extension and perfection anywhere in the world, which is why they have been declared a world heritage site by UNESCO.

It’s one of the greatest mysteries scholars are unable to solve.

Who carved them? No one knows. What do they mean? We do not know either.

This has left the field open to all kinds of speculation.

Some have claimed that they were made by the ancient inhabitants of Atlantis or even by extraterrestrial visitors.

Others suggest that these massive spheres are deeply connected with the Nazca lines and Easter Island.

Some researchers claim that megalithic sites such as the Pillars of Hercules (Gibraltar), the Egyptian pyramids, Stonehenge (England) and Easter Island are proof that the Atlantean civilization was related to other civilization around the globe and that these massive Spheres in Costa Rica play an extremely important role in deciphering the connection between numerous ancient sites around the globe.

However, some argue that the spheres could also represent divine perfection or femininity.

The official version is that the massive spheres could have been used as massive gardens or even huge astronomical calendars (like Stonehenge), but experts cannot say with certainty.

Curiously, the spheres are highly quoted by unscrupulous collectors around the world. In the past, some of the spheres were even broken into pieces in the belief that their interior was filled with gold.

It is also said that on several occasions groups of citizens prevented the theft of several spheres by blocking the streets where the thieves wanted to take them in trucks.

Several spheres, which somehow were taken from the country illegally, have already been returned.

So if the indigenous people of the region weren’t the ones who built these mysterious spheres, who built them? Was it an ancient civilization that inhabited the region in pre-Colombian times? Or is it possible that the ancient continent/city of Atlantis did in fact exist in South America and these spheres are proof of it?

According to Bribri cosmogony, one of the largest ethnic groups in Costa Rica whose beliefs are shared by the Cabecares and other ancient tribes in America, the god of thunder Tara threw the giant stone spheres at the Serkes (gods of the winds and hurricanes), with the help of an immense blowgun in an effort to keep them off the land. Other beliefs, were that the spheres kept gold and precious stones inside, which led to the destruction of many of these spheres.