Sunlight in Stone: The Great Pyramid channeled, captured and encapsulated...

The Great pyramid of Giza was considered a tomb, but many authors and researchers firmly agree that it was a structure that channeled, captured and encapsulated light—it was meant to be the Sunlight in Stone

Ancient Egyptians are believed to have built the Pyramids thousands of years ago as massive tombs for their dead Pharaohs.

Until this day we still have no idea how the Pyramids were built, how the ancient Egyptians transported the massive blocks for quarries located up to 500 kilometers away, nor do we know how they managed to place the massive stones in such an intricate fashion, which eventually resulted in magnificent ancient structure such as the Great Pyramid of Giza.

In the same way as the Incas have been credited with the prehistoric stone work in Peru, so were the ancient Egyptians credited for the pyramids of Giza.

The only difference here is that the pyramids are conveniently labeled as “tombs” rather than temples. 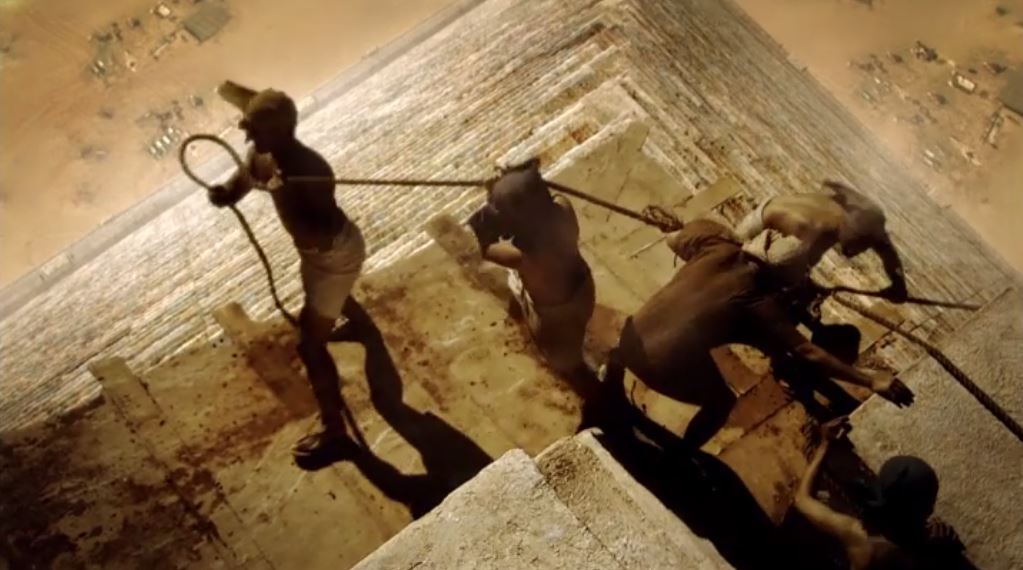 Therefore, we have been told that the three pyramids of Giza, were constructed by three Pharaohs believed to date back to the third millennium BC – Khufu was usually known as Cheops, originally Khnum-Khufu, Khafra -also read as Khafre, Khefren and Chephren, and Menkaure.

In this article, we take a look at the pyramid of Cheops.

It is commonly known as the Great Pyramid and represents the last survivor of the Seven Wonders of the Ancient World.

But did the Great Pyramid actually belong to Khufu , and if so, was it ever a tomb?

The orthodox explanations behind the construction of the Egyptian pyramids, especially the one attributed to pharaoh Khufu have consistency whatsoever.

In fact, later studies and research silenced by the most conservative and traditional archaeologists, come to surprising conclusions: the ancient Egyptians knew a technique–now forgotten–that allowed them to “create” artificial stones.

Stones that today are seen millimetrically integrated into what is considered their greatest ever architectural feat.

For many, the matter is beyond doubt: Pharaoh Cheops reigned for 23 years, twenty of which he dedicated to the construction of the greatest monument that man has ever erected.

This entire idea comes from what was told in The Nine Books of History written by Herodotus:

“… As for the pyramid, twenty years were spent on construction…”

But let me ask you something right there…

Do you really believe that twenty years went by—7,000 years ago—as workers of the Copper Age raised with astonishing precision around two million six hundred thousand blocks of stone, each weighing 2 tons each (at least)?

If we make a rough calculation of the working day of ancient Egyptian labourers at that time, and say that it consisted of a 12-hour period, we get that for 20 years, without knowing the iron and the wheel, the architect of the Great Pyramid organized a work team that was capable of quarrying the massive stones, cutting them, and transporting them for up to hundreds of kilometers across the Nile, while somehow managing to lift these blocks up to a height of hundreds of meters, and place them into position with incredible precision, and ALL OF THAT in a record time of 120 seconds PER BLOCK.

This is of course according to orthodox explanations, who basically say that ancient Egyptian workers so close to the Paleolithic, were capable of fitting for twenty years a block onto the Great Pyramid every two minutes. Does that make any sense?

And while building the Great Pyramid in RECORD time, apparently they managed to incorporate countless mathematical formulas and places the Great Pyramid of Giza which such precision, that engineers, and architects which modern-day tools would have a hard time replicating their work.