The Ancient Egyptian Civilization is packed with hardcore history. Ancient Egypt is considered by million of people as one of the most fascinating ancient civilizations ever to rule on Earth.

Among their numerous achievements, this ancient culture left behind a legacy of unseen advancements thousands of years ago, and while many are familiar with the Pyramids and Sphinx at the Giza plateau, the truth is that this ancient culture has a lot more to offer, and there are lot of things that you may not  have known about the Ancient Egyptians.

In this article, we take a look at this fascinating ancient culture presenting you 23 amazing things you should know about the Ancient Egyptian Civilization, which you probably had no idea about. 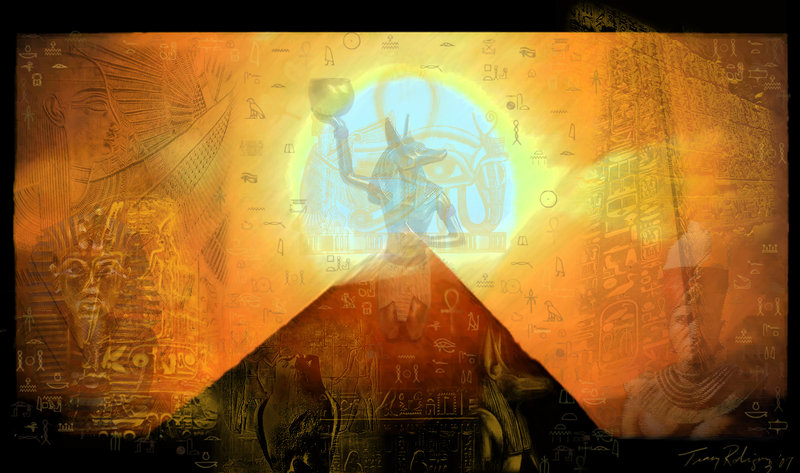 Ancient Egyptian is one of the oldest languages on the planet. Experts have divided it into five phases: Old Egyptian, Middle Egyptian, Late Egyptian, Demotic, and Coptic.

Researchers argue that their ancient writing system –which was made up of a complex system of hieroglyphics—can be traced back to around 2690 BC.

If we hadn’t discovered the Rosetta Stone in 1799, it is very likely that we’d still be struggling in deciphering their language.

The Ancient Egyptians were among the first civilizations to create a complex writing system.

Perhaps one of the most important contributions of the Ancient Egyptian Civilization is their way to measure time. The ancient Egyptians did not only invent the calendar; they created the machine that kept track of time and had two types: Water Clocks and Sun Clocks.

The oldest ever ancient Egyptian manuscript remained hidden for 80 years and measures 8 feet in length. Interestingly, among other things, this ancient text includes depictions of ‘supernatural beings’. It is believed to be over 4,000 years old.

The Ancient Egyptians created sophisticated man-made canals that were used to transport building materials and other goods to large construction sites.

They measured the world and invented a 354-day lunar calendar which is composed of 13 months that correlated with the lunar cycle.

The Nile River was of extreme importance in their life. The Ancient Egyptian Civilization split their calendar into three seasons that reflected the natural cycle of the River Nile: Flood, Spring, and low water.

Hardcore scientists: by 1650 BC, they had a grasp of multiplication, division, fractions, prime numbers, linear equations, and geometry.

Beauty in Ancient Egypt: Beauty and Hygiene were of great importance to the Ancient Egyptian Civilization. In fact, we still use a lot of things that they invented thousands of years ago: Toothbrushes, Toothpaste, Breath mints, High Heels, Perfume, Lipstick, Eye make-up, wigs and jewelry among their numerous other accessories.

The Ancient Egyptians manufactured the first ‘necklace of extraterrestrial origin’. Based on X-ray analysis, researchers determined that a necklace which was found in 1911 was made from thin sheets of iron from a meteorite, molded with a hammer and rolled in the form of beads.

A dagger that was found in the tomb of Pharaoh Tutankhamun originated from outer space. Well, sort of. According to a scientific study was led by Italian-Egyptian researchers who used X-ray fluorescence to analyze the dagger which dates back to the XIV century BCE, the sheet that makes up the dagger was fabricated from meteorite fragments. Studies indicated that the composition of the iron dagger is as follows: It contains 10 percent of nickel and 0,6 % cobalt, typical concentrations of meteorites.

While not officially accepted, it is very likely that the Ancient Egyptians sailed around the world and even visited America. In 1992, a German researcher who was performing tests on Ancient Egyptian mummies found traces of hashish, tobacco, and cocaine in the hair skin and bones of Ancient Egyptian Mummies. Tobacco and cocaine were plants that only grew in the ‘New World’, at the time of mummification.

Interestingly, the ancient Egyptians are believed to be the first culture to successfully domesticated the cat.

In ancient Egypt, cats were used as pest control.

The Ancient Egyptian civilization was among the first to invent locks and keys and developed primitive forms of air conditioning which helped them keep cool.

Experts have concluded that the concept of a master bedroom was first seen in Ancient Egypt.

The first record of this mysterious star system dates back to 1244 B.C., written on a calendar (The Cairo Papyrus 86637) made in ancient Egypt, in which Algol has a starring role in the measurement of time.

The Turin Royal Canon is one of the most interesting ancient Egyptian texts. It is eerily similar to the Sumerian Kind List and details the rule of ‘Gods’ in Ancient Egypt. The Turin papyrus –referred to by many as the Turin Royal Canon—is an ancient text written in the hieratic language (a cursive form of Egyptian hieroglyphics; used especially by the priests). Scholars believe that the original papyrus was a list that included over 300 names detailing precisely the years, months and days of each reign of the kings that ruled over the lands of ancient Egypt.