Alien structures on Mars are being covered up by NASA

According to many people, the fact that we have discovered liquid water flowing on Mars, Methane and an ancient atmosphere surrounding the red planet, means that it is very likely that Mars was inhabited in the distant past. While life on the planet might not exist today, Ufologists agree that we might be seeing the remains of a once great civilizations from Mars.

According to UFO hunters and Ufologists, further evidence of life on Mars can be found in the numerous images beamed back from the red planet. While there are many images from Mars that are nothing more than odd geological formations, there are other images that cannot be explained nor debunked.

One incredible finding was actually made with the aid of Google Earth, or better said Google Mars. 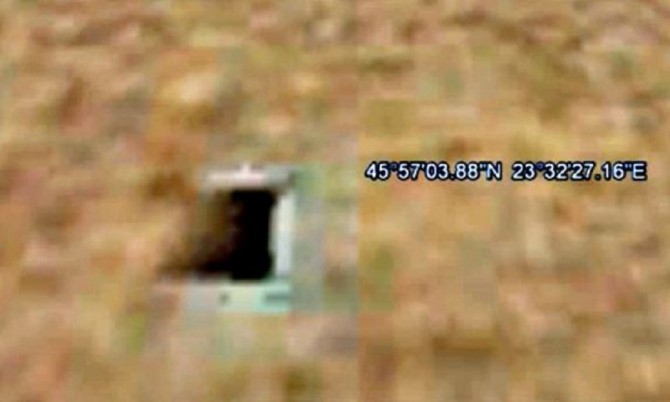 Using Google’s software, people around the globe explore the red planet hoping to make sensational discoveries that would change the way we look at mars. Everyone wants to find the ultimate evidence of Alien life on the red planet but the truth behind it might be very different from the reality we are being offered.

According to YouTube user Sandra Elena Andrade, there are a number of regions on Mars that clearly show artificial structures on the surface of the planet, and these structures could very well be the work of alien beings.

“Mysterious structures on Mars. Most are intentionally hidden,” the YouTube UFO hunter writes in the description of the video and supplies the Google coordinates.

Members of the UFO community firmly believe that said structures are not just dead pixels, or errors in the satellite images but are in fact the remains of what could be entire cities on the surface of Mars.

Making these claims 20 years ago would have been something completely ridiculous, but with the number of ‘official’ NASA discoveries such as liquid water on Mars, Methane and traces of a long lost atmosphere on Mars, the possibility of life on the red planet is something that must be taken into consideration.

“Every time an amazing discovery is made on Mars, they quickly tell the sheep it is a rock or shadow! Time and time again. They try to make excuses for the objects being discovered all over Mars.”

According to Dr John Brandenburg, who has a PhD in Theoretical Plasma Physics from the University of California, here is enough evidence to prove that at least two major nuclear blast went off on the surface of the red planet in the distant past. The theory proposed by Dr. Brandenburg is based on the traces of uranium and thorium that have been registered on the surface of Mars. This Martian civilization was wiped out by another hostile alien race from elsewhere in the universe. Dr Brandenburg warns that our civilization could face the same faith.