For the first time ever, you can download a copy of an ancient manuscript written by Leonardo Da Vinci where he details numerous discoveries, including sketches of various artifacts, and where he details flight, mechanics, optics, and even water on the moon.

This is one ancient manuscript you simply have to download.

A complete online version of one of Leonardo da Vinci’s most important works, the Arundel Codex, is currently available for download for free at the British Library website.

Now is your chance to own a historical manuscript written by Leonardo Da Vinci. 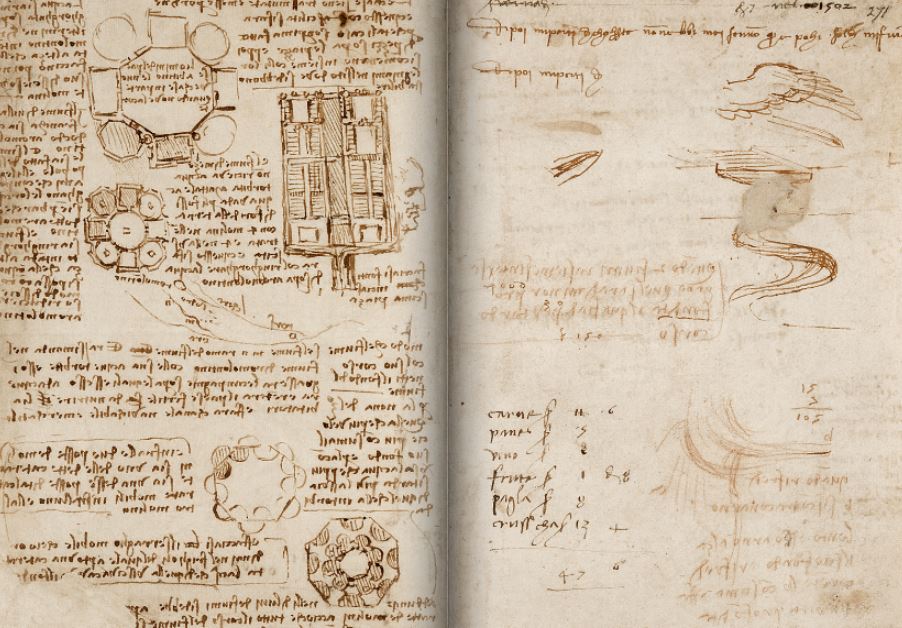 Da Vinci is considered one of the most brilliant minds the world has ever known.

Da Vinci was a man with a very high intellectual ability, extraordinary creative range, and he knew how to use them to accomplish what no one before him could.

Leonardo was a man who was able to operate across various different fields successfully, which was very unusual, and maybe still is today.

Leonardo da Vinci’s work, covering a staggering range of disciplines, is still influencing science, technology, medicine, art, and numerous other fields nearly half a millennium after his death.

Now, you can bring home—digitally—a small part of his work.

‘This is to be a collection without order, drawn from many papers, which I have copied here, hoping to arrange them later each in its place, according to the subjects of which they treat.’ Leonardo da Vinci (1452-1519) Leonardo is describing how, in the house of Piero di Braccio Martelli in Florence, in the year 1508, he began the collection of short treatises, notes, and drawings, which now makes up the Leonardo Notebook in the British Library. The manuscript, in Italian, is written in Leonardo’s characteristic ‘mirror writing’, left-handed and moving from right to left. The notebook was not originally a bound volume but was put together after Leonardo’s death from loose papers of various types and sizes. Many of the pages were written in 1508; others come from different periods in Leonardo’s life, covering practically the whole of his career. The range of subjects – from mechanics to the flight of birds – demonstrates Leonardo’s almost compulsive intellectual curiosity about scientific and technical matters—British Library Arundel MS 263. 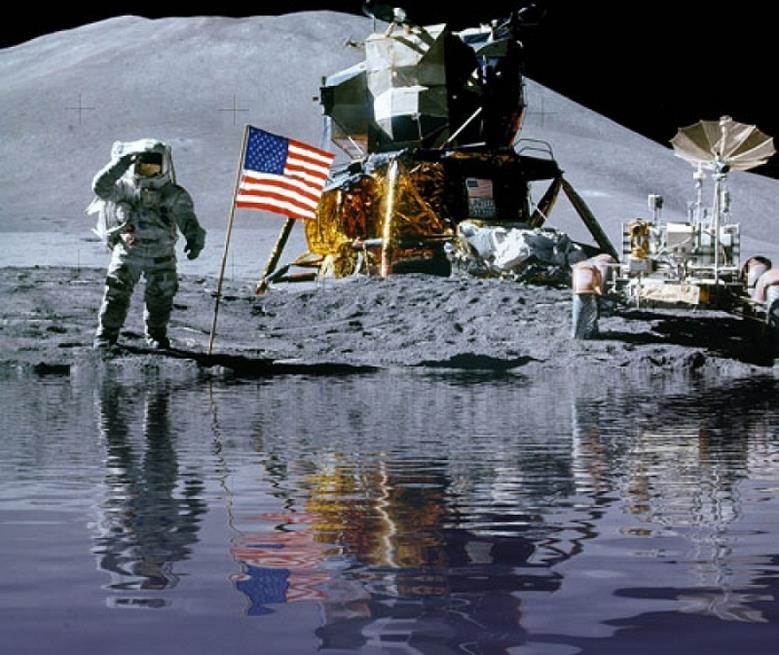 The above part of Leonardo’s text is particularly interesting. referred to as Drawings and notes on the moon’s reflection of light ff.103v-104.
“Leonardo was keenly interested in the transmission of light from one planetary body to another, and particularly in the optical properties of the moon. Demonstrated here is his belief that the moon has water and that it was the undulations of waves on water which were responsible for the nature of the sun’s light reflected from the moon to earth, and earth to the moon. The diagram just below the center left of the page shows Leonardo committed to the theory that the sun (sole), as well as the moon (luna), revolves around the earth (terra). Within 20 years Copernicus had completely overturned this belief.”

The electronic version of Leonardo’s work was published in 2007 by the British Library in collaboration with Microsoft, but the new version allows a user to see the writings of Leonardo da Vinci in detail and to virtually “flick” the manuscript as if it were a real book.

The work was named after the English count of Arundel, who acquired it in Spain in the mid-seventeenth century. 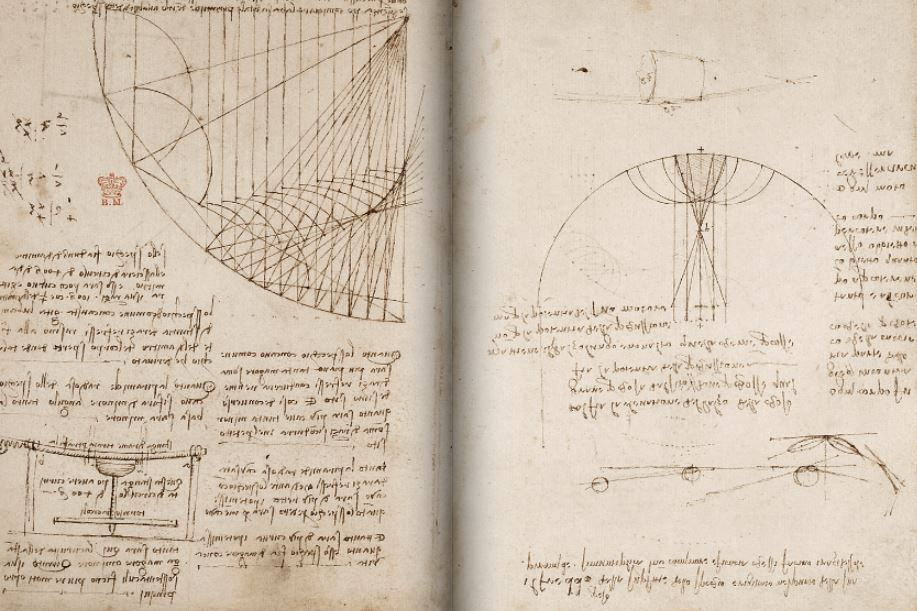 The manuscript was written by the Florentine genius between 1480 and 1518 and consists of treatises on various disciplines such as mechanics, geometry, and optics, as well as architectural research.

It also includes sketches and graphics of airplanes, parachutes, submarines, and automobiles. It one of those must have manuscripts for any history lover.

The online version (CLICK HERE) contains explanatory comments from historians who help readers approach the life and inventions of the Florentine polymath like never before.

These notes were referred to by Leonardo Da Vinci as a “disorderly collection consisting of many pages.”

This work reflects his ideas and his way of thinking.

Before, such manuscripts were only available to historians, but now everyone has the ability to decipher their meaning and read in detail the content of the notes.

The Codex Arundel ranks second in importance among the works of Leonardo da Vinci, behind the twelve volumes of the Atlantic Codex.