Ancient mask crafted out of ‘rare extraterrestrial metal’ found in...

An ancient mask just washed up in Florida, and people say the mystery Mask is rare, very old, and may point to a massive lost $5.5 billion treasure. Ex-MIT professor and Army Ranger Mike Torres said the artifact is believed to be about 10,000-12,000 years old.

According to Australian news:

The discovery of the artefact has raised hopes an enormous treasure — which some speculatively value at some $5.5 billion — may lay buried nearby.

It was found using a simple metal detector. 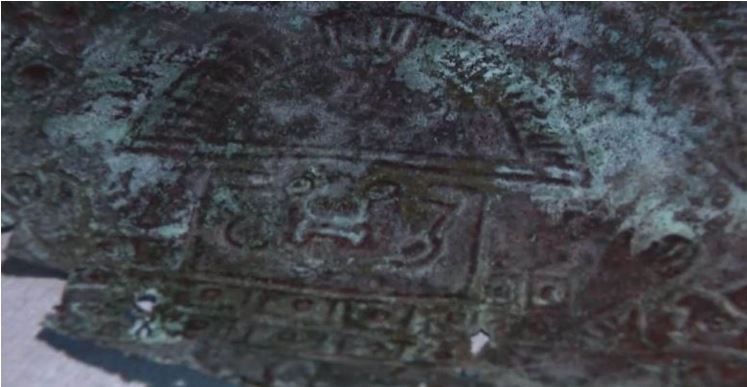 The funerary mask was crafted using a rare extraterrestrial metal (Iridium), believed to have been extracted by ancient met workers from some ten thousand years ago.

The mystery mask, made out extremely rare metals was intricately crafted in the ancient past and is as thin as a sheet of paper.

According to Fox Orlando, Exploration Corporation treasure hunters unearthed the artifact on Melbourne Beach. They say that its existence proves that a massive ancient treasure, valued at around $5.5 billion may be located somewhere near the coast.

The mask is believed to have belonged to an ancient pre-Inca culture and used during religious rituals.

The mask most likely depicts the Incan God Viracocha. This ancient deity is considered one of the most important Gods in South America.

Viracocha is referred to as the great creator deity both in the pre-Inca and Inca mythology in the Andes region of South America.

Myths and legends tell us that the creator deity (as recorded by Juan de Betanzos, rose from Lake Titicaca during the time of darkness to bring forth light.

However, Viracocha’s first creation resulted in brainless giants that displeased him. Therefore, he destroyed his first creation with a massive flood and made new, better beings one from smaller stones.

The recently recovered mass was most likely used during worshiping rituals.

The mask is thought to have been stolen in the distant past by Spanish Conquistador tomb raiders and was most likely part of a massive cargo of looted objects that were being transported to Spain.

However, the looted treasure never made it to Europe, and the vessel carrying the items, ‘La Concepcion’ is thought to have been damaged by a hurricane in 1715, causing it to sink.

Researchers from Seafarer Exploration are trying to find the Spanish Galleon and say that the recently found mask is evidence that it’s somewhere near.

The ancient mask was found using a metal detector.

“It was looted from Machu Picchu,” Dr. Michael Torres, who found the mask, told FOX 35.

The mask has reportedly already been analyzed. Experts say that it was once covered in gold and copper. X-Ray analysis of the artifact allegedly revealed that the mas contains iridium, which most likely came from a meteorite.

“This is some of the earliest evidence of man’s ability to metalwork and to use iridium,” Dr. Torres explained.

“That changes things, and may change the way we perceive ancient Peruvian cultures.”