Ancient Sumer, The Anunnaki, And The Ancient Alien Theory

Sumer is a historical region of the Middle East, the southern part of ancient Mesopotamia, between the alluvial plains of the Euphrates and Tigris rivers.

The Sumerian civilization is considered, according to many authors, as the first and oldest civilization on the surface of the planet, even though there is evidence that the Vinca Culture from Europe is older.

Although the origin of its inhabitants, the Sumerians, is uncertain, there are numerous hypotheses as to where they came from.

The ancient Sumerians were the first people who started building actually organized cities laid out using actual city grids like we see in modern-day cities around the world.

The ancient inhabitants of Mesopotamia invented sewer systems, cobblestones -frequently used in the pavement of early streets, and they were also taught in Agriculture, but most importantly they were the first civilization that invented the first known writing system by using the cuneiform script on clay tablets. All of this cultural and technological boom came basically out of nowhere. The biggest issue is their origin, as experts cannot agree from where these people came from.

It seems plausible that the Sumerians were a tribe that came from elsewhere, possibly from the steppes, but their exact origin is unknown. This historic issue is referred to, since the twentieth century as the “Sumerian problem.”

In any case, it is during the Ubaid period when there are advances that crystallize in the Uruk period, and that serve to consider this moment as the beginning of the Sumerian civilization.

Some scholars also postulate that the Sumerians established in Mesopotamia, would not have an autochthonous origin, but would come from the culture that founded the city of Mohenjo-Daro (which existed between 2600 BC and 1800 BC) in India.

Wherever they may have come from, they were one of the most advanced ancient civilizations to live on Earth, and history tells us many interesting facts and stories about the Sumerians. Even today experts still do not have a complete picture that could tell them everything about the people that once inhabited the region of the Tigris and Euphrates rivers.

The Ubaid Period; The Start of Civilization?

The Ubaid period (c. 6500 to 3800 BC) is a prehistoric period of Mesopotamia. The name derives from Tell al-`Ubaid where the earliest large excavation of Ubaid period material was conducted initially by Henry Hall and later by Leonard Woolley.

Divided into four main phases, and spreading from Eridu, the Ubaid culture extended from the Middle of the Tigris and Euphrates to the shores of the Persian Gulf, and then spread down past Bahrain to the copper deposits at Oman.

The First City On Earth

According to the Sumerian King List Eridu was the first city in the World. The opening line reads:

“When kingship from heaven was lowered,

the kingship was in Eridu.”

As noted by Sumerian mythology, the ancient city of Eridu was ONE of the FIVE ancient cities built on Earth before the great deluge.

Eridu was the most southern city of the conglomerate of Mesopotamia and important center of the cult to the God of the water, Enki.

The Sumerian King List; When Gods Ruled The Earth

One of the most valuable artifacts discovered from the Sumerian Civilization is the so-called Sumerian King List.

This ancient text describes in great detail a time when Earth was ruled by beings referred to as ‘Gods’ for thousands of years.

The list composed in Ancient Sumerian offers details about numerous generations of kings that ruled over the land of ancient Sumer. The list not only offers us their names, but it details their supposed length and location of Kingship.

As noted by the ancient astronaut theory, thousands of years ago, even before recorded history, our planet was visited by astronauts from another world. Extremely advanced beings with technology beyond our own today came to Earth and helped kick-start modern civilization.

In the 19th century archaeologists exploring the ancient ruins of Nineveh discovered 22,000 clay tablets. After translation, these tablets showed amazing similar stories to those found in the Judeo-Christian Bible.

We find stories of the great flood in these tablets and we can even read of Adam and Eve so basically all of these stories have precedence with the ancient Sumerians.

In 1976 author Zecharia Sitchin published his personal translations of the Sumerian texts in a series of books called “The Earth Chronicles“.

According to Sitchin, the clay tablets describe an alien race known as the Anunnaki who came to Earth to mine gold.

Sitchin practically suggests that extraterrestrial visited earth in the past because their home-planet needed gold to survive. The gold deposits in their atmosphere were depleting so they came to Earth, mined old and took it back to their planet to save it.

Today, numerous authors around the world believe Sitchin was right, despite the fact that mainstream scholars completely disagree with his theories.

Ancient Astronaut theorists agree that based on numerous archaeological discoveries: artifacts, records and monuments found in the past by experts, it is believed that the Anunnaki (Sumerian: “those who came down from the heavens), an extremely advanced civilization from an elusive planet in our solar system, came to Earth, landing in the Persian Gulf some 432,000 years ago. 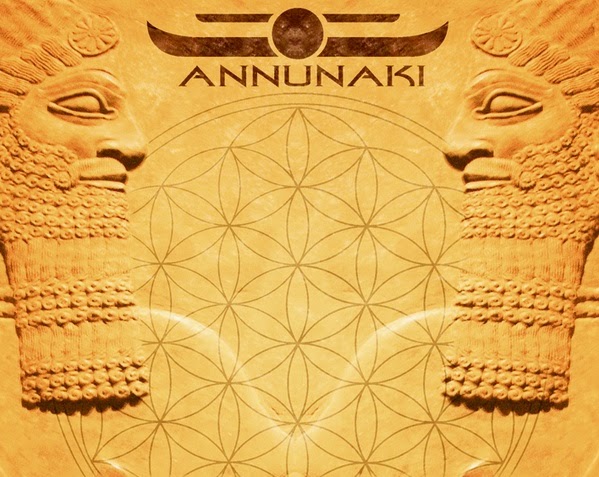