Anomaly on Mars: Traces of a lost Martian Civilization?

The new image taken on SOL  1448 by the Curiosity Rover’s MASTCAM shows a strange object with defined corners and straight lines, half buried in the ground. Is this the ultimate evidence of artificial structures on Mars as some suggest? 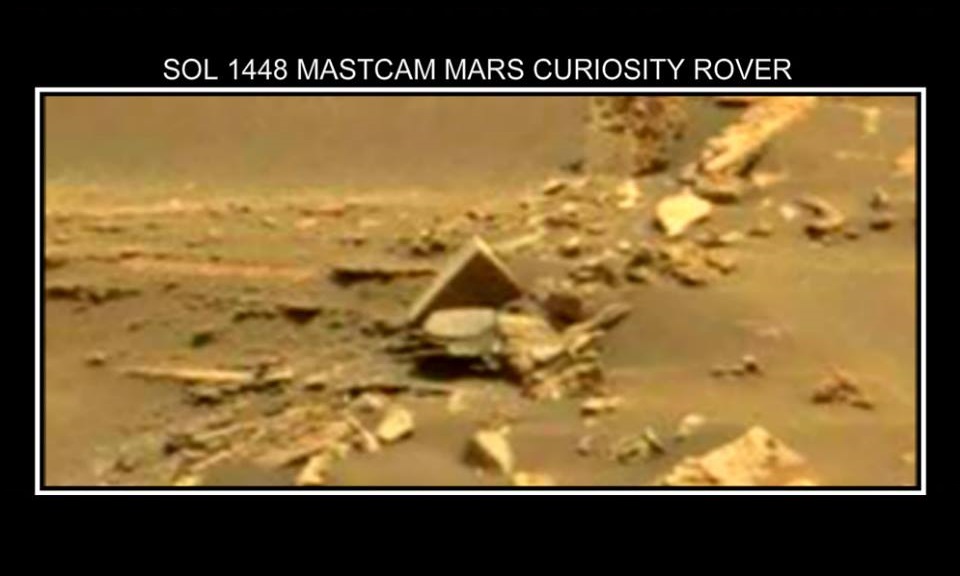 In the last couple of years, we have learned so much about Mars. In fact, initial assessments about Mars, its atmosphere, water, ice, oxygen and other details have proven to be completely wrong as researchers have discovered that Mars was once a planet eerily similar to Earth.

In fact, researchers have discovered that int the distant past, the red planet had an atmosphere extremely similar to Earth, with human-breathable oxygen. This Martian atmosphere –which is now gone— protected the red planet from solar radiation and kept it warm, most likely warm enough for life to develop.

Scientists have also discovered extensive evidence of water on Mars. In fact, researchers have discovered that at present there is liquid water on the surface of the red planet in smaller amounts when compared to the amount of water present on Mars billions of years ago.

In the distant past, Mars was anything but an arid, dead planet. If anything, millions of years ago Mars could have easily been mistaken as Earth 2.0, or who knows, maybe we are looking at things complexly wrong, maybe Mars was like Earth before Earth even became what it is today.

All of the above discoveries make us question the truth behind Mars and raise countless other questions that we have not been able to answer.

UFO researchers have come across yet ANOTHER anomalous object on Mars which according to many could be the ultimate proof of the existence of an advanced Martian civilization.

For years people and even scientists had claimed that it is VERY LIKELY that an advanced ‘alien’ civilization flourished on Mars during a time when Mars was of a similar composition to Earth.

One such scientist is Dr. Brandenburg who has a Ph.D. in Theoretical Plasma Physics from the University of California, and he is currently working as a plasma physicist at Orbital Technologies in Madison Wisconsin.

UFO hunters and even ufologists agree with the above statements pointing towards the countless anomalous ‘objects’ that have so far been discovered on Mars. 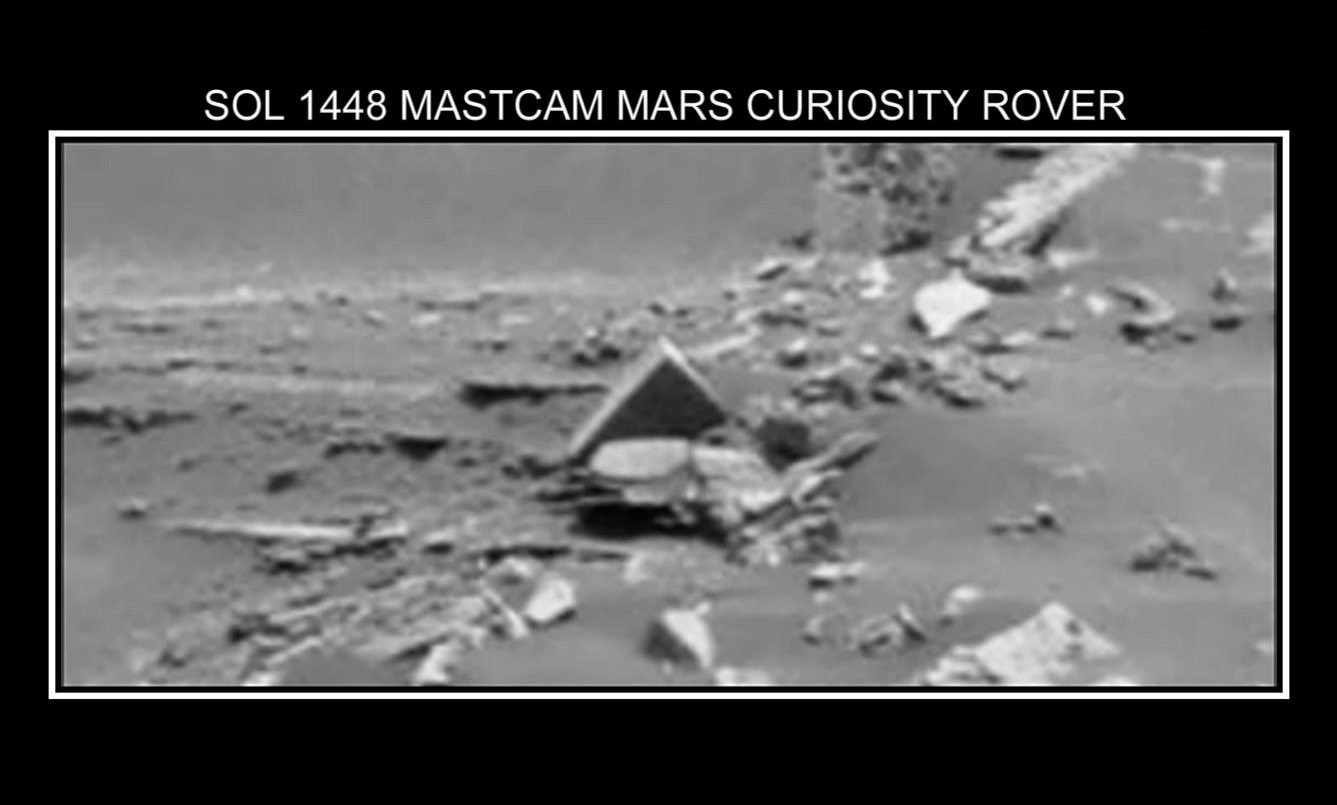 The newest images spotted by ‘Martian researchers’ is an object taken on SOL 1448 by the Curiosity Rover’s MASTCAM. The images show a ‘rock’ with perfectly defined corners and lines, appearing to be half buried into the ground.

The object seen in this image is according to many UFO hunters a small piece of the many found on Mars, indicating a civilization capable of working with stone flourished on Mars.

Interestingly, looking at the original RAW image provided by NASA, you will notice that there aren’t any other ‘objects’ with perfect lines and sharp corners near the anomalous object. Is this a tell-tale sign of an artificially carved object?

Check out the original image:

Artificial structure or not? What are your thoughts?