Even though most scientists will deny it, among the scientific community there has always been that slight possibility pointing towards the existence of the so-called antediluvian civilizations that were destroyed 11,500 years ago due to the sudden and extreme rise in Earth sea levels.

Numerous ancient cities have been discovered in the recent years pointing toward a strong possibility of the existence of ancient civilizations and cities like Atlantis.

Worldwide cultures have left written texts that speak of great floods, some of them are the following: Atrahasis (Sumerian myth), the epic of Gilgamesh (Babylonian legend), the Bible (the Hebrews), Shujing (classical Chinese history ), Matsya Purana and Shatapatha Brahmin (Hindu sacred texts dating from the first millennium BC), Plato’s Timaeus and Crizia (Greece) and the Popul Vuh (the Maya civilization), among others.

One of the first cities to be found under the sea was actually discovered in the vicinity of the island of Bimini in the Bahamas. While swimming, in September 1968, Dr. Valentine suddenly saw what he believed was a paved street with huge blocks of rectangular and polygonal shaped stones under water. The stones that make up the construction have lengths up to five meters and are “perfectly” sculpted. Strangely, the underwater stones bare a mysteriously close similarity with the stones found at Sacsayhuaman, the imposing ancient structure located a few kilometers from Cusco, at 3300 meters above the sea level. According to Dr. Valentine and other researchers like underwater archeologist Robert Marx, believe these underwater structures are clearly artificial and they believe they have originated in the glacial era. 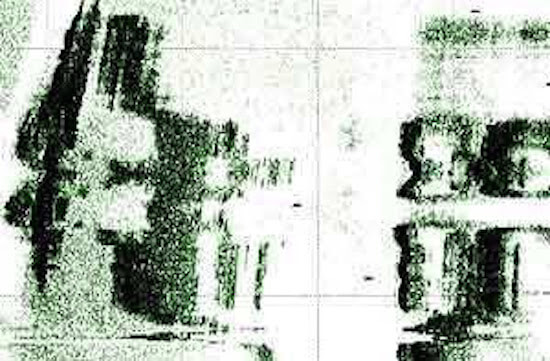 Mysterious submerged streets off the coast of Florida.

In 1969, the crew of the US submarine Aluminaut found another incredible discovery in the vicinity of the coast of Florida. According to reports, they had found the remains of an underwater city 900 meters below the surface. Among mysterious structures, they believe they found a gigantic “avenue” of 20 kilometers in length. According to the crew, traces of aluminum, silicon, and magnesium oxide were found.

The submerged monuments of Yonaguni 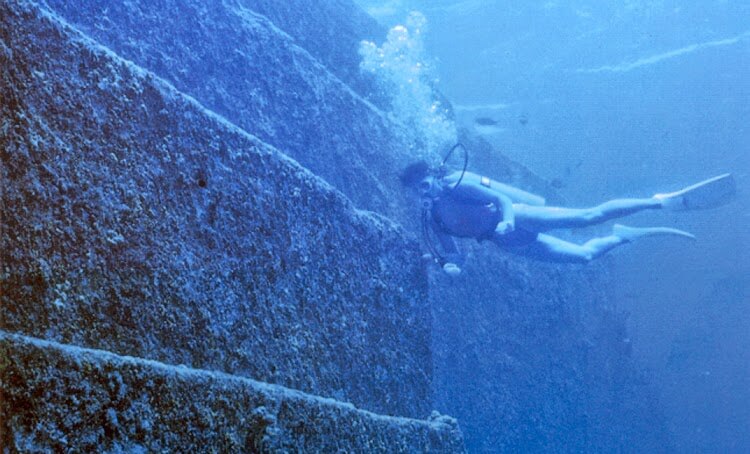 One of the most incredible discoveries of underwater structures was made in 1987 in the vicinity of the Yonaguni Island. The oldest of the Ryu Kiu islands in Japan. The Yonaguni monument is a megalithic formation found 40 meters below the surface, that, according to numerous researchers, points towards the existence of an ancient civilization that inhabited the area.

Masaaki Kimura, a marine geologist at the University of Ryu Kyu, has studied the underwater structures for 15 years. According to Kimura, these underwater structures are the remains of a 5,000-year-old city.
According to the underwater archeologist Sean Kingsley, the submerged city of Yonaguni would correspond to a pre-Flood era city when glaciers covered much of the northern hemisphere and the sea level was lower than today.

The submerged city of Khambhat

In 2000, researchers discovered, off the coast of Gujarat in India, mysterious structures that pointed toward the existence of an ancient city on the seabed. In 2001, the discovery was confirmed by the Minister for Science and Technology Murli Manohar Joshi when he officially admitted that it was an underwater city that was destroyed by the great flood. In the same year, the remains of wood and pottery were found in the vicinity of the archeological site. These findings were carbon-dated. According to the tests, researchers believe these mysterious underwater ruins are between 13,000 to 31,300 years old. The underwater city of Khambhat is believed to be the oldest underwater city found to date.

The megacity of the Caribbean 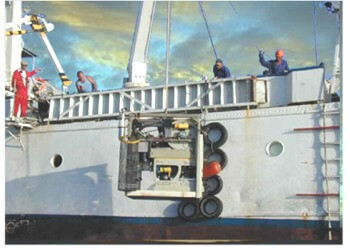 Researchers were performing underwater explorations in the Caribbean Sea, off the coast of Cuba with the help of a robotic submarine in May 2001.

What they found at a depth of 600 meters was anything but what they expected to find. An area of over 20 square kilometers covered in structures, pyramids, and other manmade buildings.

It’s a gigantic underwater complex that according to mainstream archeology and researchers, does not exist. According to geologist Manuel Iturralde, who participated in the research, it is possible that the submerged ruins found belonged to an antediluvian civilization, dating back to 10.000 BC. Images of the ocean floor confirmed the existence of gigantic granite blocks, circular and perpendicular formations.

This discovery has led to several theories that propose that the Yucatan peninsula was once connected with Cuba with a narrow earth bridge.

Researchers from Mexico believe that these underwater remains could be attributed to an ancient civilization like the one that built ancient Teotihuacan.