According to Astronomers in the mysterious cloud of dust and gas called Orion, stars and planets may have been formed millions of years ago, basically it is Orion the place in the universe attributed to the birth of stars, but is there a possibility that ancient civilizations knew this before us? Before great technological advancements, spaceships and telescopes? 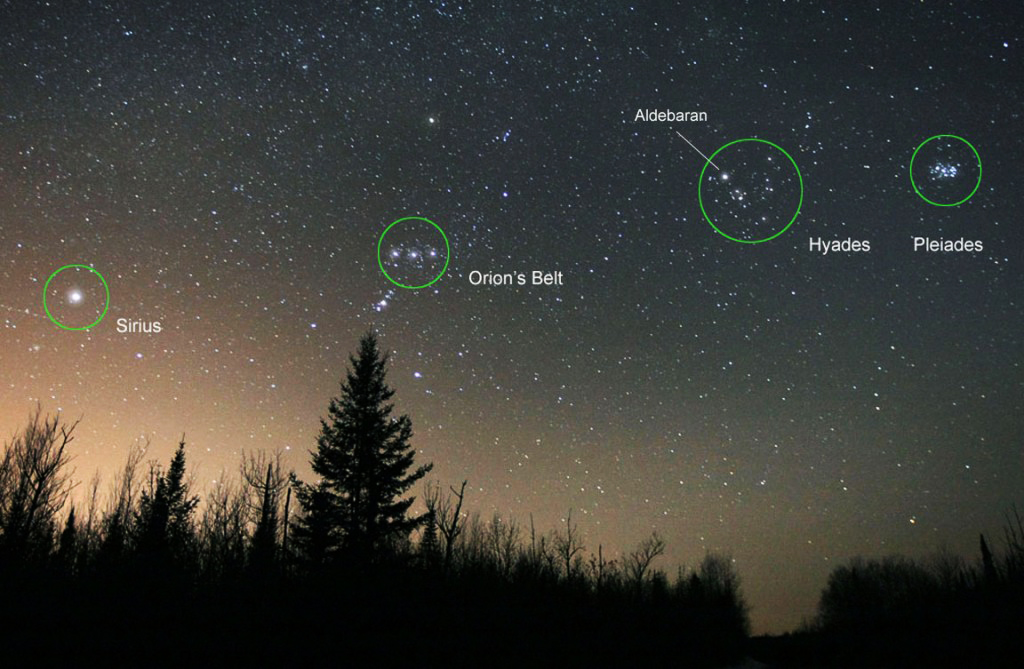 Sirius is the brightest star in the sky, shining proudly and powerfully earning rightfully the title as the brightest star in the astronomers magnitude scale. Sirius has a very long history in ancient civilizations and as Orion, is regarded as a very important place in the sky. This star has been sacred for civilizations in ancient Babylonia and Mesopotamia among others.

The original insignia for Apollo 13 depicted the constellation Orion in the background. The insignia was later changed but we know that most of NASA’s planned events coordinate in various fashions with Orion, Sirius, and their positions in the sky. An example of coordinated events from NASA and the stars is the Moon landing.

According to NASA records, the sea of tranquility was chosen based on its flat surface, but some researchers suggest this sight was chosen because on that date its coordinates lined up directly under Orion’s belt, but wait there is more, they picked the landing site picking out first of all a specific date, latitude and longitude specific time and than you work your way back from that to create whats called a launch window. The person who picked all of Apollos landing dates and landing times including Apollo 11 was Farouk El-Baz, his father is an expert on the ancient Egyptian stellar religion, now you just connect the dots.

According to Ancient Egyptian believes, ceremonies performed directly under Orion’s belt produce a sacred alignment, which allows humans to communicate directly with Osiris.

Apollo 11 had landed at a specific day and a specific time where the three belt stars of Orion were on the horizon.

According to some historians, it has been identified as the Biblical star Mazzaroth and the Dogon tribe in the Sahara desert have held this star among their most precious locations in the sky, but it is in Ancient Egypt where we find a vast history about this binary system (What the naked eye perceives as a single star is actually a binary star system, consisting of a white main-sequence star of spectral type A1V, termed Sirius A, and a faint white dwarf companion of spectral type DA2, called Sirius B. The distance separating Sirius A from its companion varies between 8.2 and 31.5 AU). In ancient Egyptian mythology, Hathor, was closely connected and identified to Sirius but then again so was Isis.

An icon of Sirius depicted as a five-pointed star was discovered on the walls of the Temple of Isis/Hathor located at Denderah. When we talk about the beautiful goddess Isis, we cannot omit Osiris, her husband. Osiris was connected to Orion. According to some, the Sirius system is attributed to Isis as Sirius A and Osiris as Sirius B.

Spread all over our planet we can find literally hundreds of monuments that have been erected on Earth to reflect constellations such as Orion, or Sirius. One of the most famous monuments perhaps, are the Pyramids at the Giza Plateau. The Great Pyramid a true masterpiece and has rightly earned the title of a “Wonder”. It was built with such precision that our current technology cannot replicate it.

The cornerstone foundations of the pyramid have ball and socket construction capable of dealing with heat expansion and earthquakes and it is the most accurately aligned structure in existence and faces true north with only 3/60th of a degree of error, but most importantly the Descending Passage pointed to the pole star Alpha Draconis, circa 2170-2144 BCE. This was the North Star at that point in time. No other star has aligned with the passage since then.The southern shaft in the King’s Chamber pointed to the star Al Nitak (Zeta Orionis) in the constellation Orion, circa 2450 BCE. And as we mentioned before, the Orion constellation was associated with the Egyptian god Osiris.

The ancient Egyptian civilization firmly believed that it was from Sirius and Orion that beings came to Earth in the form of humans, referring to Osiris and Isis and according to mythology they literally instigated the human race.

There was an extraordinary set of alignments around 10,500 BC.

Sirius and Orion are critically important to ancient Egyptian mythology because they represent Isis and Osiris, the god and goddess from which all of Egyptian civilization and, ultimately, all of human civilization, supposedly sprang. The ancient Egyptians were very clear- and we find evidence in writings and texts across Egypt, that Orion was linked with creation, Orion and Osiris are the same in ancient Egypt and the Egyptians believed that Osiris will return from Orion one day, and not only in Egypt we find tales of “Gods” promising to return, we can find this practically in every culture in antiquity which had the knowledge of somebody who would return one day.

Some what we have here is not only a correlation between the Stars in the sky with the constructions of monuments around our planet, but also shared belief and mythology between civilizations that, according to archaeology and history, were never connected. The layout of the pyramids of Teotihuacán are placed in such a way that they represent our solar system but also Orion’s Belt. According to ancient mythology, it is a point of creation. History tells us that in 3114 B.C., the gods came from the heavens to Earth in a convention, and this convention occurred in Teotihuacán.

The construction of Teotihuacán was attributed to the Quinametzin Giants; Quinametzin(Náhuatl), a race of giants who, legend says, populated the world during the previous era and whose survivors were hidden in those days. “The Quinametzin were created during the era of the “Sun of Rain” and its ruler was Tlaloc”.

Sirius is also ancient Egypt’s inspiration for one of its first Calendars. In the Egyptian Sirius calendar, the year began with the helical rising of Sirius.

The true companion-star of Sirius, Sirius B, is made of super-dense matter which is heavier than any normal matter in the universe and the weight of this tiny star is the same as that of a gigantic normal star.

The Dogon also, as we know, say that Sirius B is ‘heavy’ and they speak of its ‘weight’.

But there are many more places on Earth where we find a correlation between the Stars and monument places. The Hopi are a Native American tribe whose cosmology, monuments, and landscape have a deep connection with the constellation of Orion, and as ancient civilizations across the globe, ranging from Africa to Europe, the Hopi tribe constructed their sacred sites i correlation to the constellation of Orion. It is very difficult to deny that there is a direct correlation between specific Hopi villages that spread throughout Arizona and the stars in the constellation. According to all of this what we have researched, Orion was of extreme importance for the Hopi tribe.

Book of the Hopi by Frank Waters

25 Facts about the Great Pyramid www.ancient-code.com