DNA Results For The Elongated Skulls Of Paracas: Part 3...

Meet the “Cleopatra Of Paracas.”

Brien Foerster presents us with further details about the fascinating Paracas skulls from Peru. This time, DNA tests revealed fascinating results performed on a skull that belonged to the Paracas culture. The curious skull was nicknamed Cleopatra because of its unusual shape and obvious traces of red hair. 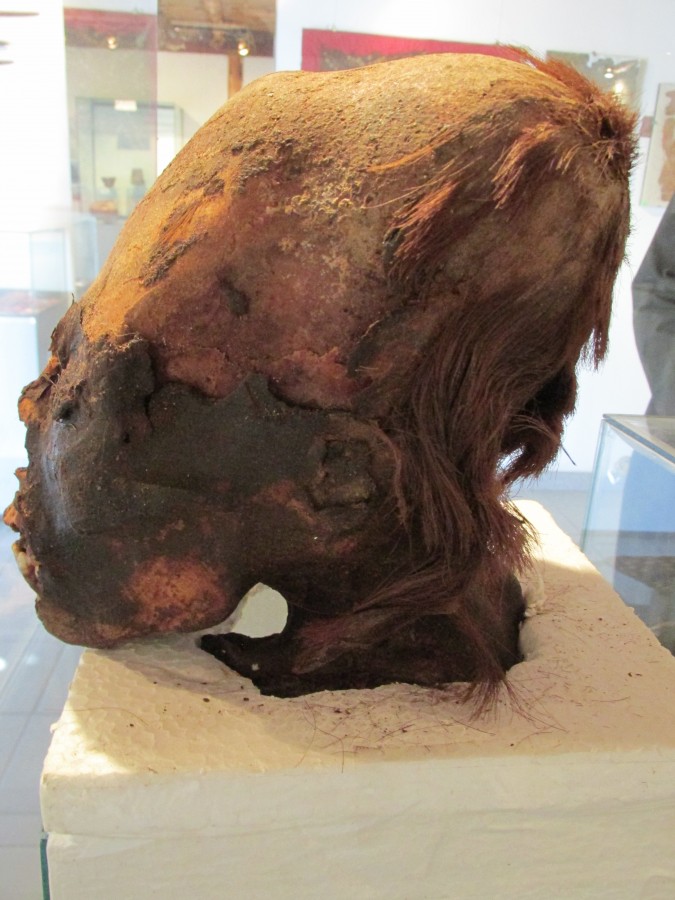 Again, maternal DNA results showed that the sample is H1, traces of which are found in countries of Western Europe

Part 1 one the analysis demonstrated that the 18 to 22-month-old Paracas ‘royal’ baby had traces with blonde and reddish hair and had the maternal haplogroup U2e1 which is found on the European continent and not in South America.

Brien Foerster indicates that this blood type is usually found in proto-Germanic and proto-Slavic speakers and the fact that the baby died nearly 2,000 years ago is beyond fascinating as it indicates that thousands of years ago people from Europe traveled to America.

Part two of the analysis demonstrated that the 850-year-old Elongated skull that was discovered in the Peruvian highlands east of Lima had maternal haplogroup T2b, another indicator which suggests European descendancy.

Haplogroup T2b is commonly found in the European countries of the British Isles, Baltic States, and Scandinavia.

Curiously the above-mentioned tests were performed on skeletal remains of people who inhabited the region thousand’s of years ago. According to history, the Spanish did not reach Peru up until 1532.

Brien Forester presents us with part 3 of the analysis which was performed on a skull that belonged to the Paracas culture. The curious skull was nicknamed Cleopatra because of its unusual shape and obvious traces of red hair.

Again maternal DNA results showed that the sample is H1, traces of which are found in countries of Western Europe and the Basque people, Iberia, and parts of Northern Africa.

According to researchers, all pre-Columbian inhabitants of the Americas were believed to have belonged to haplogroups A, B, C, D and perhaps X, but the above three DNA results clearly indicate otherwise, suggesting a European ancestry long before Europeans got to the Americas and especially before they visited parts of Peru and other South American Countries.

Brien Foerster further indicates that theories suggest that H1 was the dominant haplogroup that was present in European megalithic culture sometime beginning around 5,000 BC until the arrival of proto-Celtic cultures sometime around 2,000 BC.

What if –as Brien Foerster indicates— the H1 megalithic builders left European countries and somehow got to the Americas and eventually Peru by sea thousands of years ago?

Brien Foerster promises more fascinating details in the next to DNA updates that are yet to come.

Don’t forget to visit Brien Foerster’s website www.hiddenincatours.com and check out the full story about the 4 Peruvian elongated skulls in Watchers 10 here.

To find out more about the Elongated headed people of ancient Peru, don’t forget to grab a copy of the e-book or paperback copy by clicking here.