Do these NASA images reveal traces of ‘walled cities’ on... 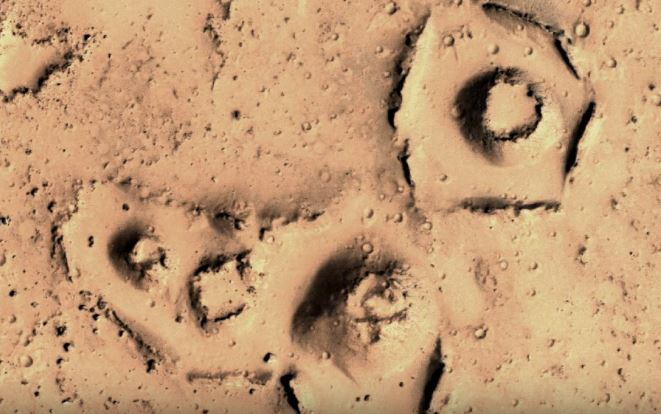 According to UFO Hunters, there is conclusive evidence that an ancient civilization may have existed on the surface of Mars in the distant past. AS proof, ufo hunters point towards ‘shocking’ images taken on Mars showing what appears numerous structures and walled cities.

Located near Elysium Planitia near the red planet’s equator are a series of structures that have sparked an online debate about ancient life on Mars. The ‘controversial’ images were taken by NASA’s Mars Reconnaissance Orbiter –MRO.

While Ufo Hunters believe these ‘structures’ are telltale signs of ancient civilizations on Mars, experts suggest that Elysium Planitia was a highly volcanic region, which means that volcanic activity might have shaped the peculiar ‘structures’ we see today.

However, a video uploaded to YouTube by the United Family of Anomaly Hunters, a group of UFO hunters argues otherwise presenting as proof numerous aerial images of NASA taken near the Martian equator.

UFO hunters claim that many of the aerial images of Elysium Planitia look like eroded structures –or domes— surrounded by circular rings. 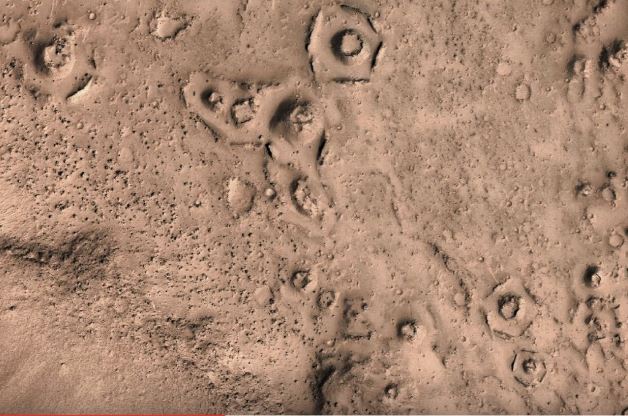 The YouTube video titled NASA Spots Walled Cities on Mars from MRO Satellite’ claims these peculiar formations are not the result of volcanic activity, and many have been created in the distant past by an advanced civilization that once inhabited Mars.

YouTube users have mixed feelings about the discovery: ‘There are structures similar to these all over certain areas in South Africa,’ one user said.

‘I firmly believe Mars still has some remnants of its civilization living underground,’ commented another.

Others, however, aren’t convinced that these ‘structures’ are evidence of anything other than volcanic activity.

‘You should change your channel’s name to “Martian Geology,” because that’s what were actually looking at,’ another commenter wrote.

Interestingly, in the past even scientists have come forward suggesting it’s possible that advanced life once existed on Mars.

Interestingly, experts have found that the red planet has an unusually high concentration of Xenon 129 in its thin atmosphere.

As it turns out, Gas Isotope Xenon 129 is produced –according to Dr. J. Brandenburg— by NUCLEAR REACTIONS.

In addition to that huge mystery, researchers have found that the surface of Mars is covered excessively with uranium and thorium.

This has led some scientists like Dr. John Brandenburg to conclude that it’s very likely that two major ANOMALOUS nuclear explosions took place on Mars in the distant past.

“…based on new data, evidence that during this period of Earthlike climate, biological evolution produced, at length, a humanoid civilization leaving ruins at several sites, Cydonia Mensa and Galaxias Chaos being two sites most intensively investigated. Data from these sites formed the basis for the Cydonian Hypothesis (Brandenburg, DiPietro, and Molenaar, 1991) of an ancient, indigenous, approximately Bronze Age civilization on Mars,” argues Dr. Brandenburg in a scientific paper.

Dr. Brandenbrug concluded –after going through available data on Mars— that at least two massive airborne explosions occurred with fusion devices similar in design to those on Earth.