After remaining submerged for over 1000 years in the water of the Nile river delta, the treasures of Ancient Egypt’s sunken Atlantis are now on display, for the first time ever. 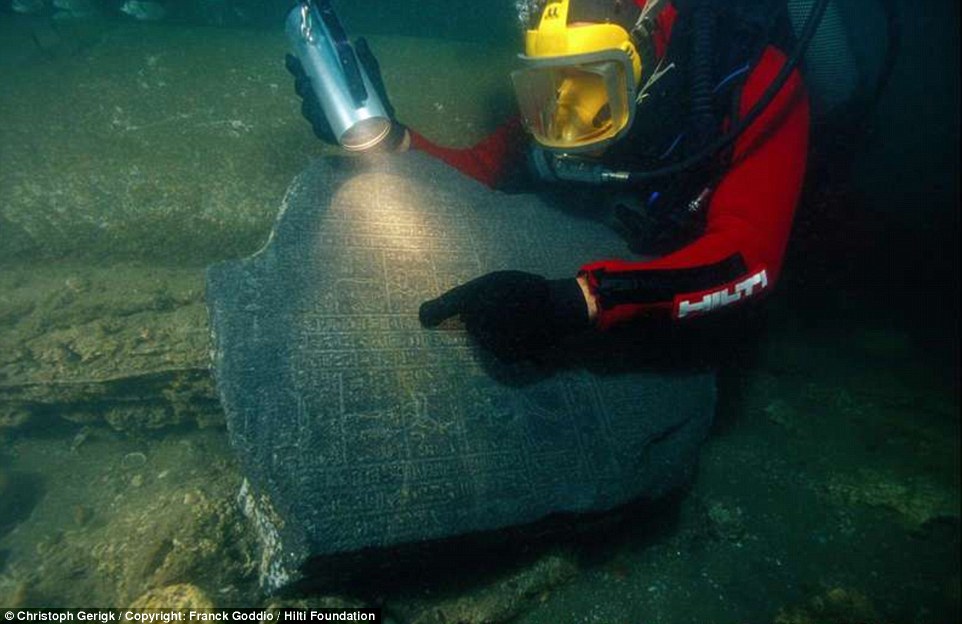 The Ancient treasures were recovered by underwater divers as recent as 2012 bringing to the surface one of the most important underwater discoveries in the history of mankind.

The ancient city has been dubbed as Egypt’s Atlantis, and this is the first time that the items recovered from the bottom of the sea are to be together after remaining submerged, hidden from the world for more than a thousand years.

The gigantic statues filled with ancient inscriptions, numerous tablets with enigmatic hieroglyphic inscription were thought to be forever lost are finally reclaimed and are to be displayed to the public, for the first time ever, in an exhibition by the British Museum.

The sunken treasures are part of the ancient cities of Heracleion and Canopus, ancient metropolises built on the ever-so unstable shifting ground on the Nile Delta, and are now buried beneath (only) 3 meters of silt.

The discovery is proof that there are countless treasures located below the Sea.  Thonis-Heracleion is just one of the many sunken cities which were believed to be a myth until they were actually discovered. Many large cities just like Heraklion, Alexandria and Canopus were destroyed by catastrophic natural disasters. Researchers from the University of Cambridge conducted a study of the Mediterranean tectonic plates and discovered that a geological fault could have caused a great earthquake and tsunami in the year 365 AD. According to scientists, the earthquake that struck the region in the past could happen again since they calculated that due to the geological features, the area is prone to catastrophic earthquakes every 800 years.

Among the most important items recovered by divers are a 1.9-meter hieroglyphic tablet inscribed with a royal declaration from Ancient Egyptian Pharaoh Nectanebo I and a gigantic  5.4-meter statue that belonged to Hapy, an ancient Egyptian God, who represents the important floods of the River Nile.

In addition to the above-mentioned items, the exhibition called Sunken Cities: Egypt’s Lost World is currently open to the public and will run to November. According to reports around 300 artifacts are on display most of which were believed to be lost with the sunken cities.

In an interview, Franck Goddio president of the European Institute of Underwater Archaeology and a co-curator of the exhibition, said: “My team and I, as well as the Hilti Foundation, are delighted that the exhibition with discoveries from our underwater archaeological expeditions off the coast of Egypt will be on display at the British Museum. It enables us to share with the public the results of years of work at the sunken cities and our fascination for ancient worlds and civilizations. Placing our discoveries alongside selected masterpieces from the collections of Egyptian museums, complemented by important objects from the British Museum, the exhibition presents unique insights into a fascinating period in history during which Egyptians and Greeks encountered each other on the shores of the Mediterranean.” 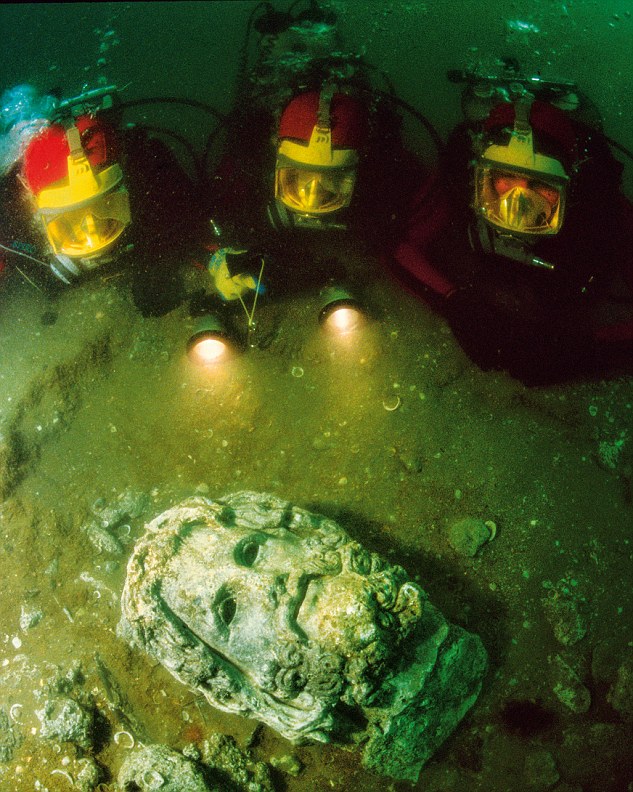 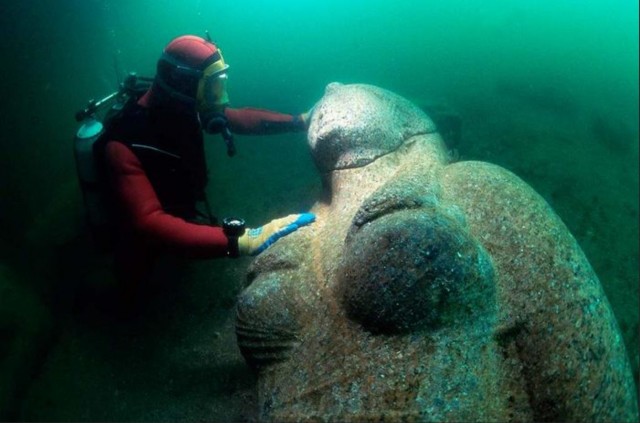 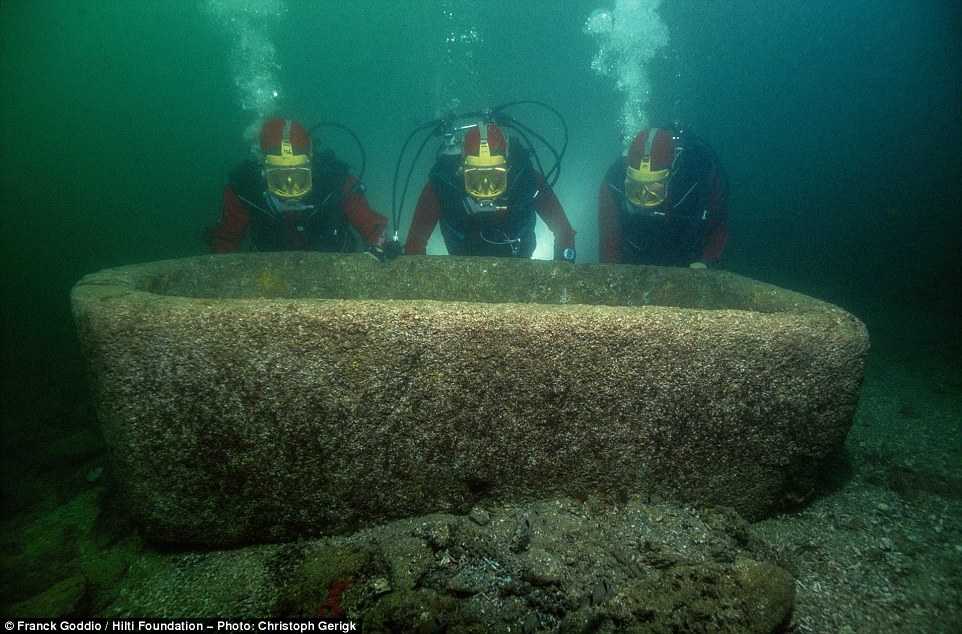 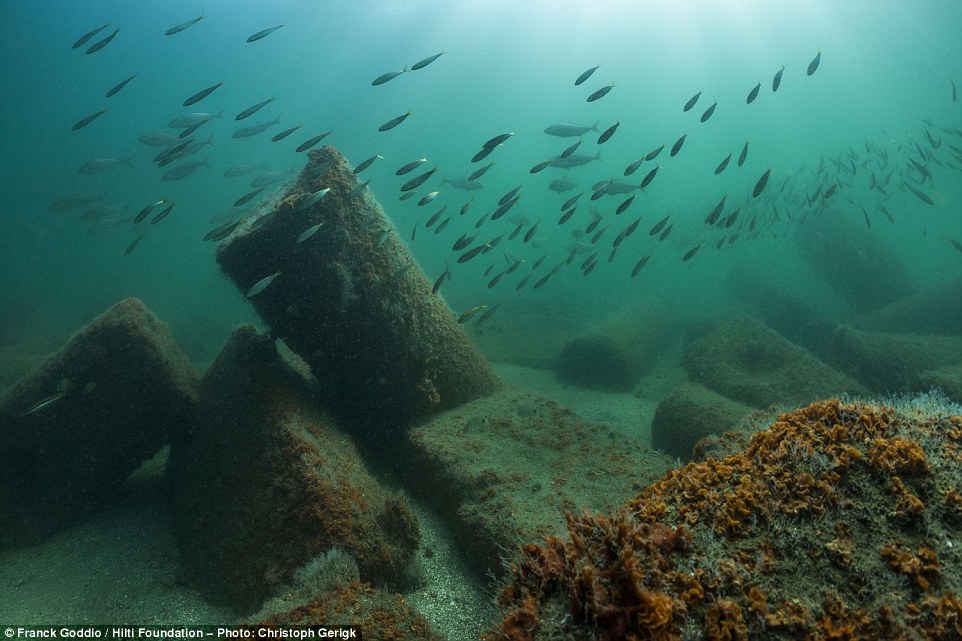