Fascinating similarities between the Pyramids of Giza and Bosnian Pyramids

On one hand, the Great Pyramid of Giza and its surrounding structures are considered by many as some of the most incredible ancient structures ever erected by ‘man’. On the other hand, the Pyramids of Bosnia are one of the most controversial discoveries in the last decade, yet strangely, they seem to share some fascinating characteristics. 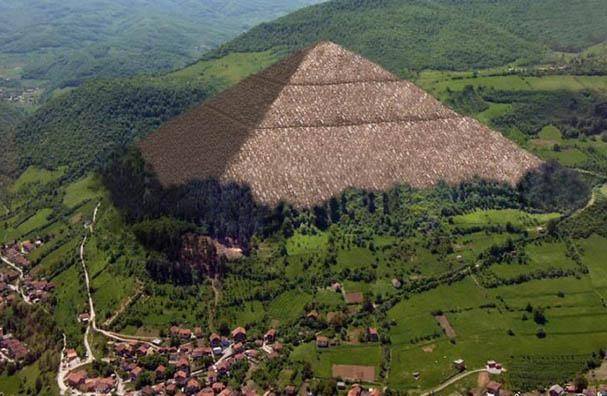 The pyramids of the Giza plateau in Egypt are without a doubt, the most famous and most recognized pyramids on the surface of the planet. The incredible ancient structures attract millions of tourists from around the world each year. Their mesmerizing size proves that ancient civilizations were extremely sophisticated in the distant past, possessing highly advanced technology and knowledge, which ultimately allowed them to achieve incredible things, at a time in history when mainstream scholars tell us, societies on Earth were primitive.

Ever since the Bosnian Pyramids were discovered by Bosnian archeologist Dr. Semir Osmanagic, the archeological community refused to accept the finding suggesting that the Bosnian Pyramids are an elaborate hoax. However, numerous findings made in Visoko and surrounding areas indicate a very different truth, one that seems to point towards the existence of highly advanced, ancient civilizations that inhabited the area in the distant past.

Interestingly, there are many similarities that the Great Pyramid of Egypt and Bosnian Pyramid of the Sun share. Moreover, while many remain unconfident about the existence of Pyramids in the Bosnian Valley of the Pyramids in Visoko, the following indications tell a very different story. 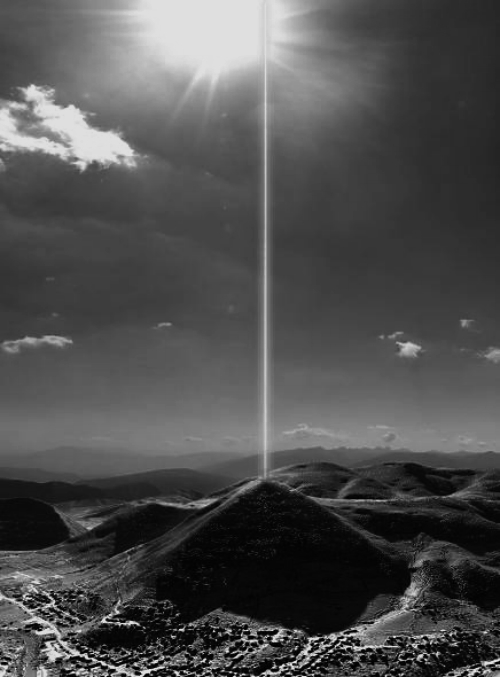 Just like the Pyramids located on the Giza plateau in Egypt, the Pyramids of Bosnia have an incredible accurate geographical placement since the largest Pyramid of Bosnia has an orientation to the North accurate with an error of 0 degrees, 0 minutes and 12 seconds. Interestingly, Aligned True North: The Great Pyramid is the most accurately aligned structure in existence and faces true north with only 3/60th of a degree of error. The position of the North Pole moves over time, and the pyramid was precisely aligned at one time.

Interestingly, experts from all over the world have concluded that based on studies, there are ultrasound, infrasound, infrared and electromagnetic fields of unknown origin at the top of the pyramids of the Sun and Moon in Bosnia. A similar characteristic is believed to be present at the Great Pyramid of Giza, which according to many, was not intended to serve as a tomb, but as a highly advanced monument with the ability to harness the Earth’s natural energy. The Project called ScanPyramids is on the right path to uncover the secrets behind the great pyramid of Giza which according to many is a structure created to harness the natural energy of the planet, just as the Pyramid of the Sun in Bosnia.

Moreover, according to testing, the origin of the “energy beam” leaving the Pyramid of the Sun is located below the Bosnian pyramid, at a depth of 2440 meters. The study also demonstrated that a metal plate located at a great depth and high concentrations of negative ions are generating electricity over 10 kilowatts. Croatian scientists also detected a light beam with a radius of 4.5 meters in 2010, emerging from the top of the Pyramid of the Sun. A phenomenon that has been recorded half way across the globe in the Yucatán Peninsula, at the Pyramid of “El Castillo”.

Many researchers firmly believe that Pyramids are in fact capable of harnessing the natural energy from our planet. Interestingly, according to a study from architect Miguel Perez Sanchez a series of impossible figures with the number pi, e, and continuous references and relationships with the star Sirius give a new perspective on the great encyclopedia of knowledge that is the Great Pyramid of Egypt. According to Sanchez, in the distant past, a huge electromagnetic sphere was located at the top of the Great Pyramid of Giza.  The question is what was the purpose of this mysterious device? Is it possible that, like many researchers suggest, the Great Pyramid of Giza was used as some sort of giant power generator across ancient Egypt?

As proposed by Pérez-Sánchez, the sphere that the ancient Egyptians placed at the top of the pyramid symbolized the Eye of Horus and had a diameter of 2,718 royal cubits (2.7 meters), which is the accurate measure of the number e. The sphere located on the Pyramid was placed as a worship to the Sun and Sirius, the brightest star in the sky, which was associated with Isis.

Is it possible that the Great Pyramid of Giza was in fact built in order to take advantage of ‘invisible’ energies? Interestingly, at the Bosnian Pyramid of the sun, researchers have discovered an energy beam (electromagnetic in nature) coming through the top of the Bosnian Pyramid of the Sun. The radius of the beam is 4.5 meters with a frequency of 28 kHz with a strength of 3,9 V. According to researchers the beam is continuous and its strength grows as it moves up and away from the pyramid. This phenomenon contradicts the known laws of nature, physics and technology and might as well be the first ever “tangible” proof of non-herzian technology found on Earth.
The “ultrasound” beam found at the Bosnian Pyramid of the Sun comes in regular blocks of 9,3333 Hz with peaks up to 28.3000kHz

The similarities between the Pyramids of Visoko in Bosnia and the Pyramids at the Giza plateau are many, yet these structures face an identical question that so far have not been answered.