Just like there are reports of people disappearing—and being kidnapped by aliens—another phenomenon has caused a great debate among experts around the globe: Animal Mutilations.

Declassified files from the Federal Bureau of Investigation has revealed the FBI has investigated THOUSANDS of instances of Cattle mutilation across the United States since at least the 1970’s but with no avail.

Early reports of mutilated cattle first appeared in the United States in the 1960s, when the states of Pennsylvania and Kansas were largely confined.

The phenomenon was still largely unknown outside livestock breeding communities until 1967, when the Pueblo Chieftain in Pueblo, Colorado published a story about a horse that was called Lady was mutilated under mysterious circumstances.

Shortly thereafter the story was collected by the press in general and distributed throughout the country; this case was also the first feature to speculation that extraterrestrial beings and unidentified flying objects were somehow related to mutilation. 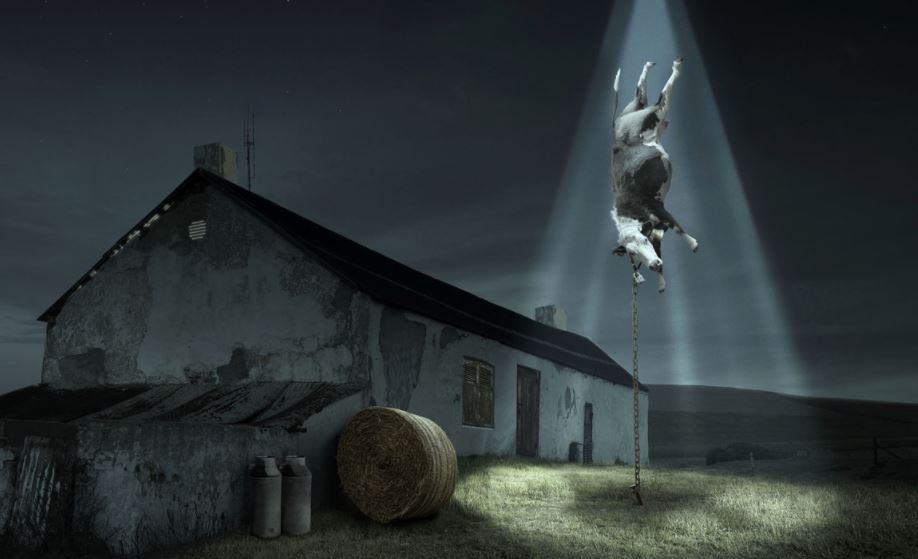 From the time reports of alleged animal mutilations began, the causes have been attributed in particular to natural decomposition, natural predators, cryptic predators, extraterrestrials, reserved military or government agencies, and sects.

The mutilations have been the subject of two independent federal investigations.

But despite this fact, leading experts aren’t sure either and the more we look into this the less we seem to understand.

Skeptics argue that aliens aren’t involved but that Cattle disfigurement is in fact the product of natural disasters, sadistic pranks or other ‘sick’ hijinks. But UFO researchers argue that otherworldly explanations cannot be overruled due to the fact that nearly all attackers are carried out with surgical precision.

The mutilated cattle is found all across the world, but most notably n US states such as South Dakota, Colorado, Kansas, and Nevada, where Farmers have discovered their cattle’s organs— eyes, noses, tongues, hearts, livers, anuses, and genitalia—removed with laser-like precision.

Furthermore, FBI documents clearly state that the US’ best investigative minds cannot answer the most asked question of them all: Who is doing this?

An otherworldly explanation seems very likely according to many authors.

This is mostly because residents have reported seeing mysterious crafts, as well as strange light sin the sky circling the areas where mutilated cattle later turned up.

Chuck Zukowski, curator of UfoNut.com and a researchers who has been investigating Cattle mutilations for decades said in an interview with Sputink:

“No sign of predator takedown, no sign of masses amount of bleeding out, and no signs of animal struggle, none! The animal is just placed back, and in some cases, a round ground depression is created while placing the animal back. Mutilations have been going on for centuries — Native Americans also have stories of mutilated animals that occurred before the Europeans migrated to North America,” Mr. Zukowski told Sputnik.

Although the exact nature of the mutilation varies from case to case, typical mutilation may involve some or all of the following characteristics:

Excision of the eyes, udders, and sexual organs.

Extraction of the anus to a depth of about 12 inches.

The cleavage of the tongue and lips.

The removal of one of the ears.

Removing the soft organs from the lower body.

The presence of incisions and cuts throughout the body that appear to have been made by a surgical instrument.

Inexplicable damage to the remaining organs, but no sign of damage in surrounding areas

Lack of signs of predation (scratches, teeth marks, traces of the predator) on or around the corpse.

Blood drained out of the body.