In a recent interview by Michael Parker from Antidote, award winning author Graham Hancock talked about the deepest mysteries of Earth’s ancient civilizations, which mysteriously vanished from history, leaving behind only clues that could help researchers today, uncover the lost pieces of ancient man’s history.

There is a huge puzzle scattered across the globe, where numerous civilizations from different parts of Earth, left hundreds and thousands of clues behind which could help us ‘remember’ the lost episodes in mankind’s ancient history. 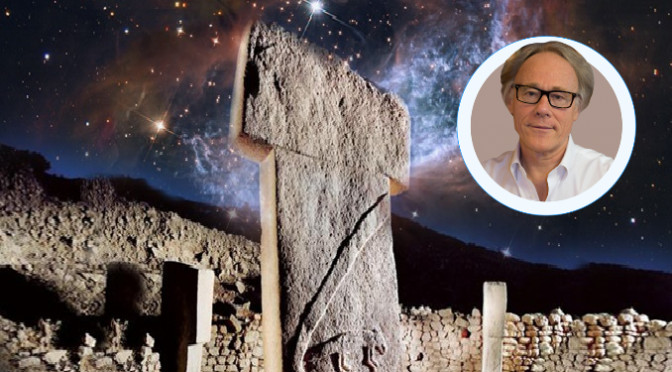 Graham Hancock thoroughly described what we discovered about incredible megalithic constructions such as those of Göbekli Tepe and Gunung Padang, the numerous hidden power sources used by numerous ancient cultures around the globe, the various periods of mass extinctions that could even follow a mysterious pattern and much more. Graham Hancock has helped piece together the countless possibilities in order to solve the gigantic puzzle that has been left behind by ancient civilizations across the globe.

Graham Hancock has written numerous books which made him a best-selling author around the world. His books include “Magicians of the Gods,” “Fingerprints of the Gods,” “The Message of the Sphinx,” “Underworld: The Mysterious Origins of Civilization,” and the “War God” series.

In Graham Hancock’s newest book “Magicians of the Gods: The Forgotten Wisdom of Earth’s Lost Civilization – The Sequel to Fingerprints of the Gods“ which can be acquired here, the author argues that in the next twenty years, it is very likely that a comet big enough to end life on Earth could hit our planet. Graham Hancock believes that there are over 200 myths around the world which speak of a human civilization brought to end by “fire.”

According to Hancock, there is enough evidence which suggests that between 10800 and 9600 BC, a tsunami of epic proportions swept across the planet due to the impact of a comet. In the Temple of Horus in the ancient Egyptian town of Edfu, inscriptions known as the Edfu Texts describe god-like beings who were refugees from a sacred island that was destroyed by flood and fire.

The best-selling author claims that an ancient extinction event that wiped out Atlantis and advanced societies 12,000 years ago. From the megalithic structures at Göbekli Tepe and Gunung Padang, to the buried ancient power centers that are hiding a history that archeologists are unwilling to acknowledge–the MAGICIANS OF THE GODS author fills in a blank space in human understanding. The Younger Dryas climate change catastrophe that was caused by meteoric impacts and the lost golden age of man is explored on this uncensored Antidote interview which you can see in the video posted below:

Find out more about Graham Hancock and his books by visiting the following links: