Pyramids Of Antarctica; A Certain Possibility

Are there really Pyramids at Antarctica?

It’s been quite a while since the discovery of “Pyramids” on Antarctica. News about these mysterious structures has caused major interest among researchers and ufologists; countless theories have emerged proposed different explanation what these “structures” are.

The proposed theories range from alien constructions, secret military bases to ancient civilizations with advanced technology, while others believe that these pyramids are just natural formations and nothing more. Regrettably this information has yet to be confirmed or denied as no official sources have bothered to look into the matter, apparently. 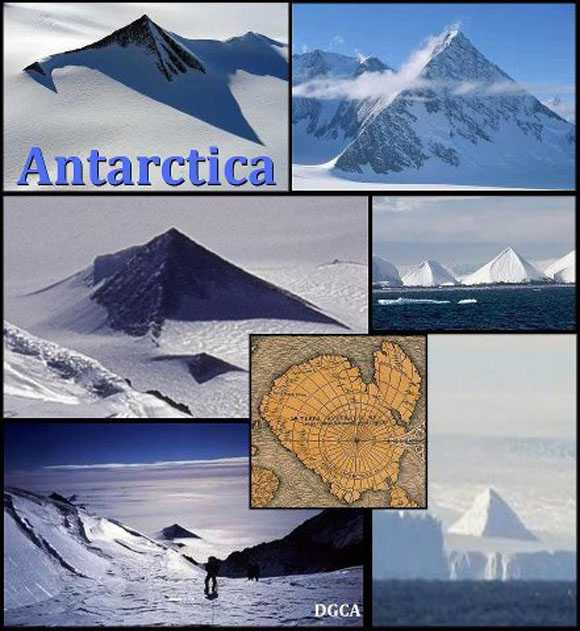 There have been several images circulating the internet showing pyramidal structures in the cold environment of Antarctica, some of the images have been obtained through the Integrated Ocean Drilling Program, an international project of underwater exploration.

The discovery of these pyramids has caused speculation regarding what Antarctica was like in the distant past, some suggest, it wasn’t always as cold as it is today. Scientific research seems to prove that theory.

In 2012, another team of researchers identified 32 species of bacteria and a 2,800-year-old halophile microbes in water samples from Lake Vida in East Antarctica. The permanent surface ice on the lake is the thickest non-glacial ice on earth.

The possibilities are endless if you take in count that Antarctica wasn’t always as cold as it is today.

The question to ask here is the following: is it possible that Antarctica was once warm enough in the past to make it possible for an ancient civilization to live there?

And if an ancient culture did in fact develop and inhabit Antarctica in the distant past, wouldn’t we find evidence of their life there today?

Well according to many researchers, there are structures at Antarctica, there are pyramids there and enough evidence to support the theory of ancient civilization inhabiting Antarctica in the past.

If the archaeological community would acknowledge this finding is an entirely different question. 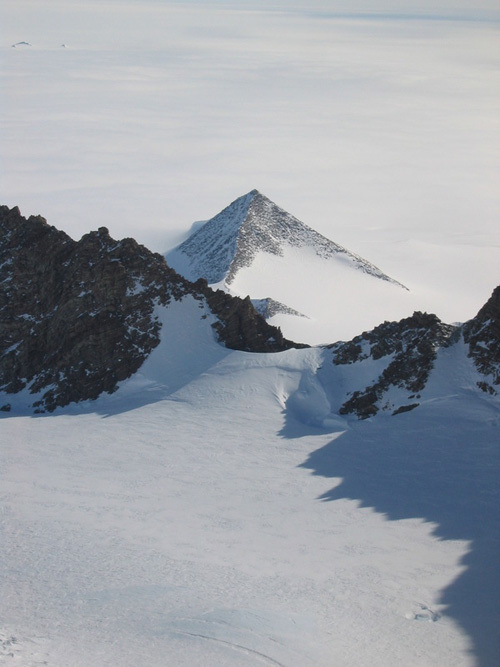 If we go back to Africa, we know that Scholars and Egyptologists have long suspected that the Sphinx is much older than believed, possibly even over 10,000 years old.

These theories are supported by the discovery of water erosion on the gigantic Sphinx, which according to scholars tells the story of extreme climate change in the distant past.

So if the climate in Africa and other parts of the world changed drastically?

Is it possible that the same thing happened in Antarctica? And if researchers manage to prove that the pyramids of Antarctica are man-made structures, the discovery could cause a major revision of the history of humanity.

Would modern-day researchers and archaeologists accept and acknowledge these findings?

Well, probably not, as they would go against everything they know and believe, but then again, this isn’t a debate about beliefs, it’s a question of finding out the truth about countless ancient civilizations scattered across the globe, many of which remain hidden.

What do you believe? Is there a possibility that there are actual structures beneath the thick layers of Ice at Antarctica?

Is there a possibility that ancient civilization might have developed there thousands of years ago, when Antarctica had an entirely different climate? Let us know what you think.