Have researchers found evidence of an “inner sun” heating the...

Is it possible there is an “inner sun” heating our planet?

Researchers have found out recently that there is a huge ocean beneath the surface of our planet. Now, Italian researchers state that over 70% of the Earth’s heat comes from its center. What does this mean for the Hollow Earth theory? Is it possible that discoveries like this support the existence of a mysterious world located deep below the surface of our planet? Many people believe that the Hollow Earth theory is more than a myth, and they point towards these discoveries as evidence.

Italian scientific studies support the possibility of radioactive decay processes deep below the surface of our planet. Scientific findings have been made possible thanks to data obtained by the Borexino neutrino detector designed to study the flow of low energy solar neutrinos produced by radioactive decay in the sun. 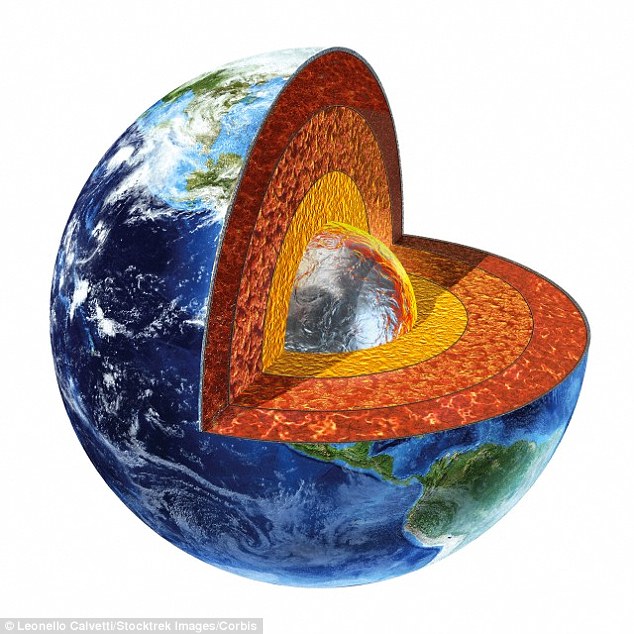 Scientists have demonstrated that the Earth produces a heat flow but its origin is unknown. According to experts from the “Gran Sasso National Laboratory in Italy, the most likely hypothesis is that the source is radioactive in nature. Approximately half of the neutrinos produced by natural underground sources come from the Earth’s mantle , and not the earth’s crust, according to the analysis. Researchers announced the detection of 24 neutrinos produced by the radioactive decay within the Earth within 2,056 days of data from the detector to find that 11 came from the Earth’s mantle and 13 from its crust.

‘It’s at 98 per cent the confidence level, which means there is still a small probability that there is no signal from the mantle,’ Aldo Ianni, an experimental particle physicist at the laboratory told the BBC.

Of all the known “long-life” radioactive isotopes, only uranium-238 and thorium-232 are abundant enough to “warm up” the planet during its life. According to the group of researchers, they calculated the total amount of heat generated by radioactive decay and concluded that the Earth generates about 47 terawatts of energy from within.

Borexino team leader Aldo Ianni, of the Gran Sasso Laboratory, believes that future studies conducted over prolonged periods of time will reduce uncertainties and allow accurate geoneutrino spectroscopy—which will allow to distinguish neutrinos according to the element from which they originated. This information will help provide the necessary knowledge about the distribution of isotopes throughout the Earth’s interior.

Not only is there a “Sun” underneath the surface of our planet, there is also an ocean, 644 km below the surface.

After decades of theorizing and discussing possibilities, scientists report to finally have discovered a large ocean of water inside the mantle of Earth, and they point out that it is a large water “tank” that could fill the oceans on Earth three times. This incredible discovery suggests that the surface water of the planet came from within Earth, as part of a “complete water cycle on the planet” instead of the dominant theory proposed that water arrived to Earth by icy comets that passed by the planet millions of years ago.

An article published in the journal “Nature” states that researchers have found a small diamond that points to the existence of a vast water reservoir beneath the mantle of the Earth, approximately 600 kilometers beneath our feet. According to the lead author of the study Graham Pearson, member of the University of Alberta, Canada, “This provides extremely strong confirmations that there are wet spots deep inside the Earth”. “The transition zone may contain as much water as all the oceans together,” Pearson said. “One reason why the Earth is a dynamic planet, is the presence of water inside. The water changes depending on the way the world works,” he added.