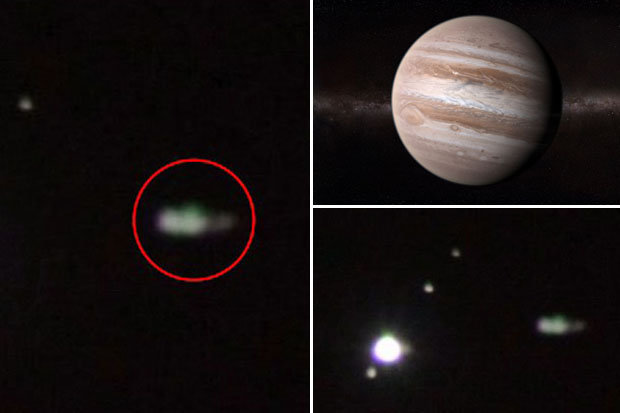 The enigmatic image that has been circulating on the internet shows a mind-boggling object next to Jupiter. According to Louis Red, the ‘structure’ resembling an “interstellar mothership” or an “intergalactic cruiser” was spotted moving in the direction of the moon Europa.

The video footage from Louis was sent over to SecureTeam, an online research outlet for the alien phenomenon.

In the video which has ignited an online debate about alien life, Tyler, a UFO researcher, comments on the sighting: “Jupiter has long been shrouded in mystery along with its moon and particularly that of Europa.

“There has been a lot of scientific talk about alien life likely existing in the vast oceans that currently exist under its icy surface.

“We definitely have a UFO up there caught on camera.”

Scientists believe that Europa might be the ideal place where alien life can be spotted. Together with Enceladus, Europa is considered as a ‘perfect’ candidate where alien life could have developed. The question that remains is, if life developed, is it possible that it evolved? Or is this mere microbial life, if of course, there is life there at all.

Interesting comment have come from Dr Lewis Dartnell, from the UK space agency who believes: “It’s possible actually that the chances of life today are better on Europa than Mars.”

“It has a global ocean. In many ways, it is the Waterworld of our Solar System.”

Commenting on the sighting, Tyler from Secure Team comments: “One thing for sure is that this definitely doesn’t belong there and it wouldn’t surprise me in the least if this was some sort of alien craft.” 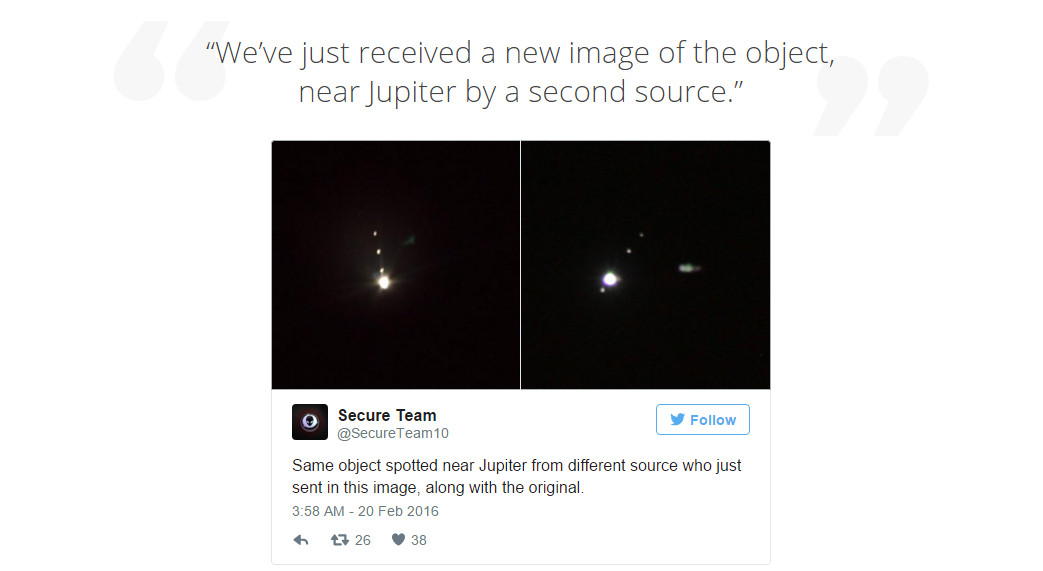 “Europa will likely be one of NASA’s next missions where we will send a probe and hopefully, it will be a manned mission where we can land on the surface and drill down into the ice.

“Get a camera down there and check out what’s in the ocean underneath,” he added.

In the past, comments about Alien structures and spaceships in our solar system have fueled debate among people. According to a statement from a man who claims he worked as a consultant for NASA and the NSA, Alien beings are here, on Earth, the moon and our solar system. Dr. Eric Norton, who has worked for over 10 years as an outside consultant for both NASA and the National Security Agency watching the skies for threats such as asteroids or comets claims that in 2012, he saw a massive fleet of extraterrestrial spaceship hiding behind Earth’s natural satellite.