Have you heard about the great Siberian Lake Baikal? It has always been a mysterious place where numbers UFO sightings have been reported. It is one of those places where you wouldn’t want to end up alone at night. Its reputation as one of the deepest lakes is reinforced with numerous stories of UFOs and alien beings living inside bases under its deep waters. According to many, Lake Baikal is in fact an underwater metropolis that houses many highly secret facilities. Just like Dulce Base in the United States, it is believed that Lake Baikal has its very own secret research facility. The UFO sightings that have been reported in the vicinity of the Lake, are believed to be directly connected to mysterious bases located hundreds of meters below the surface. 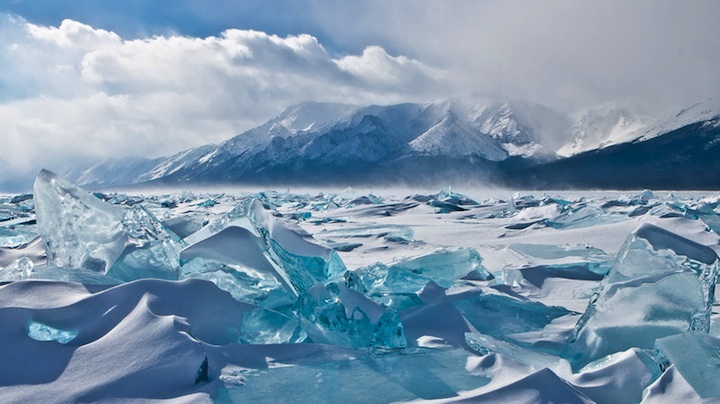 Lake Baikal is one of the deepest and most ancient lakes on the planet. Lake Baikal is categorized as a rift lake, this means it was formed within a deep rift created by tectonic movement along fault lines. The lake has a surface area of 31,722 square kilometers and a depth of 1,642 meters. According to researchers, this lake is at least 25 million years old. Some scholars refer to this lake as The Galapagos of Russia.

The truth is that Lake Baikal is the most important center of sightings in Russia and one of the most prolific in the world. It has become so famous that Steven Spielberg is planning a documentary based on these strange stories surrounding the lake. Military divers have reported numerous encounters with alien beings while working in the depths of the lake, and military officials and civilians have seen a large number of cigar-shaped objects and other strange-looking spheres emerging from the depths of Lake Baikal.

People living in the area have reported seeing many flying saucers in the skies, and some have even reported that tall humankind beings descend from the flying saucers that roam the skies near Lake Baikal.

One of the most famous encounters with mysterious beings was reported in 1982, when seven military divers encountered three mysterious humanoid beings at a depth of 50 meters. According to the reports, these strange beings were dressed in tight silver suits. The beings did not have any diving devices like divers do, only strange helmets. Some experts have compared the descriptions of these beings seen in the lake with ancient petroglyphs where similar strange-looking beings are depicted with very similar helmets as those reported by the divers. The mysterious beings that have been seen by military divers, wear mysterious equipment resembling modern-day astronaut suits.

Together with the mysterious UFO encounters, there have been numerous reports of vessels disappearing in the waters of Lake Baikal. Locals have reported mysterious objects appearing on the lake, objects materializing and dematerializing, pointing to a list of unexplained phenomena in its waters.

Lake Baikal in Russia is truly one of the most mysterious places on this planet. The mysteries surrounding the lake and otherworldly encounters have inspired Steven Spielberg to film a documentary called Depth 211.