The Mystery of the giant Swastika near Roswell, New Mexico

Did you know there is a mysterious Swastika symbol located not far from Roswell, New Mexico? In the middle of nowhere, surrounded by different symbols and geometric structures, the controversial Swastika was discovered thanks to Satellite images of the region. But, what on Earth is a giant Swastika doing in the middle of the United States? 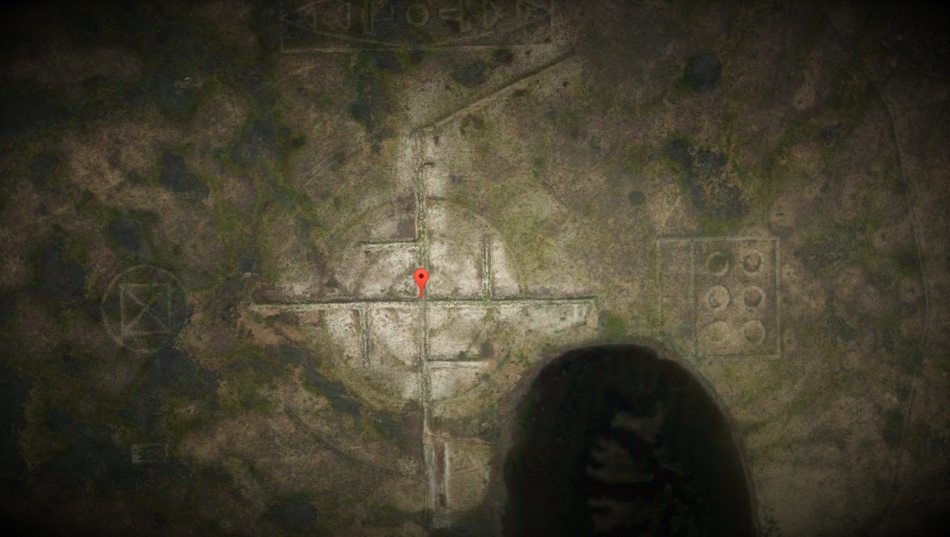 The enigmatic symbol has caused quite a debate ever since people saw the mysterious symbol while going through Google Earth, and seeing in the middle of nowhere, not far from Roswell the controversial Swastika.

But who put it there? And how old is it?

Many people have claimed that the enigmatic symbol found near Roswell is the result of Nazi occultism and even Alien worship, due to its proximity to Roswell, where one of the most famous UFO sightings in history occurred.

While many firmly believe the Swastika found near Roswell is in fact the product of Nazi Occultism, it is not. In fact, the original Swastika symbol has nothing to do with the Nazi’s at all.

The Swastika also referred to as the gammadion, is one of the oldest and most widespread symbols on planet Earth. And if you thought it is a symbol that represents evil and death, you are very very wrong. To make it short and clear, the Swastika symbol stands for peace and prosperity and is a very positive symbol.

As we know it today, Swastika is actually a Sanskrit word which means “that which is good” or “all is well” but some translate it to”lucky or auspicious object”, whatever the translation it is a very positive symbol. In Hinduism, it is a very sacred symbol deeply connected with luck and prosperity, and yes, there is a lot to be learned about this ancient symbol which has been misinterpreted since 1900’s. To help understand it, here we have Forty Facts About the Swastika.

While a variation of the Swastika was adopted by the Nazi’s it is still used as a sacred religious symbol in Hinduism and Buddhism, even though many people today are completely unaware of the true origin and meaning of the symbol. 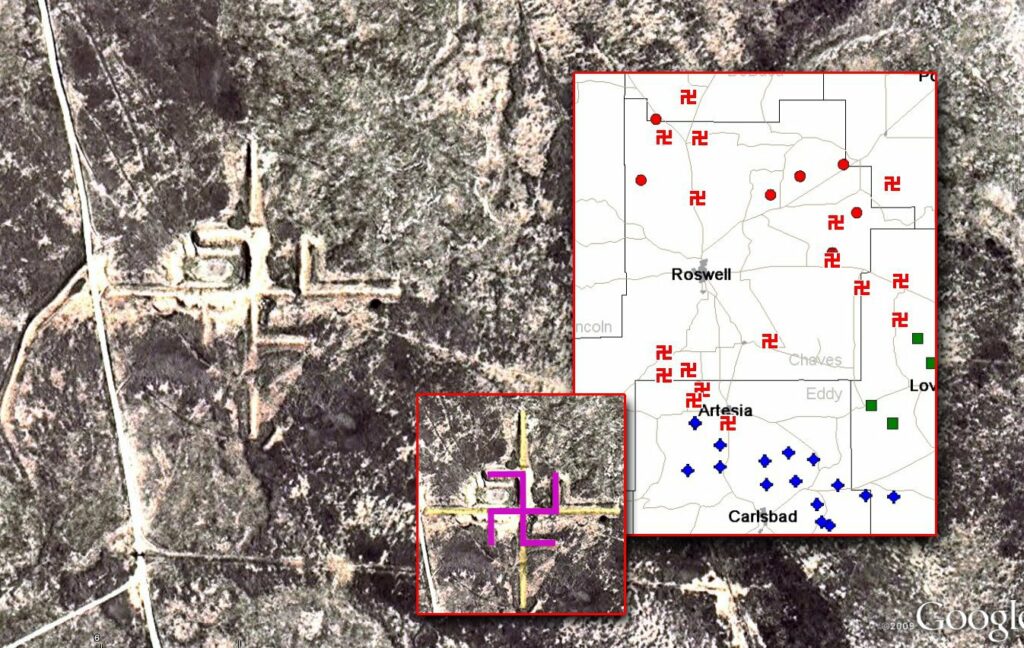 But one of the most important reasons why the Swastika near Roswell was not the product of Nazi Occultism is because, for centuries, Native Americans in New Mexico and other parts of the country used the ancient symbol, predating the Nazi movement by centuries. To the ancient Hopi of North America, the Swastika represents the wandering Hopi clan. To the Navajo clan, the Swastika symbol represents the whirling log; which is a sacred image that represents a legend used in healing rituals

In fact, in other parts of the world, the Swastika has been found to predate many other more popular symbols.

Recent research has shown that the earliest known object with swastika motifs is a bird from the tusk of a mammoth from the paleolithic settlement of Mezine,Ukraine which dates back between 10,000 and 12,000 BCE.

The Swastika was in fact used by the United States military, which brings us to the most likely origin of the Swastika near Roswell.

During World War I, the Swastika symbol was used on the shoulder patches of the American 45th Division.

The most plausible theory explaining the enigmatic Swastika symbol near Roswell is that the ‘Roswell Glyphs’ were in fact created in connection with World War II precision Bombing Practice, used by Pilots from the Roswell Army Air Force Base for target practice. According to reports from locals, there are as many as 17 swastika-like symbols (or better said reverse Swastika’s) spreading across the region of New Mexico. Locals say that the enigmatic symbols are in fact well documented by the air force and the USGS.

It is known that the Army also utilized targets shaped like circles, triangles, ships, docks, and oil tanks.

This is why we believe that the Roswell Swastika isn’t the product of Aliens or Nazi worship, but was used by Pilots during World War II as target practice.

However, this theory isn’t widely accepted by everyone, as there are many people who believe that the enigmatic symbols spread across the land of New Mexico, date back hundreds of years.

What do you think this enigmatic symbol is doing near Roswell?