New Images from NASA show something moving on Mars

While researchers have long seen Mars as a desolated and a dead planet without living organisms on its surface, theories and views about the red planet have drastically changed over the last decade. From discovering liquid water on the surface of Mars, to anomalous methane spikes registered by NASA’s Rovers, there are numerous discoveries that are being made on the surface of Mars that go against everything we thought Mars was.

Recent satellite images have apparently registered another mysterious phenomenon on the dusty Martian landscape: Something appears to be moving on Mars. The satellite images reveal what appear to be geological formations that have been moved or are moving in relatively straight line on the Martian surface, leaving behind them an unexpected trail. 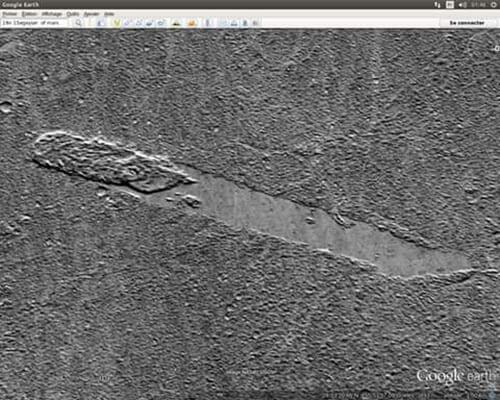 According to researchers, dust devils might be responsible, but there are some things that just don’t agree with this theory. Looking at the satellite images you’ll notice that the trail left behind appears to be relatively straight. If these movements were the result of dust devils, then you would expect to see curved or zig-zag patterns left behind.

If it wasn’t a dust devil… what else could it be?

Well the other theory is that the mysterious phenomenon was caused by flow of water on the surface, but just as the theory mentioned above, this one doesn’t seem to add up. Simply put, the particularities of the trail appear too symmetric and do not match the typical trail of water flow.

Not water nor dust devils… are we looking at Aliens here? 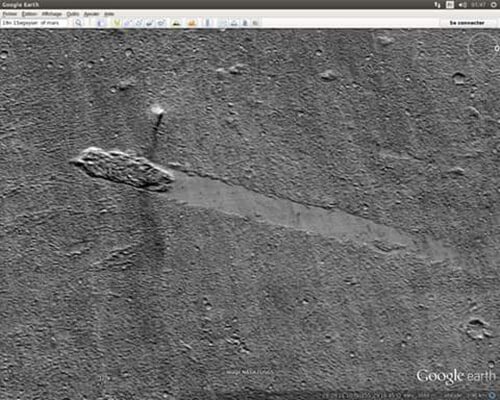 Well let’s not get ahead of ourselves. While Aliens are the last and least probable solution according to scientists, Ufologists firmly believe they are onto something here. UFO hunters believe that one of the images has a unique feature that might help us pinpoint the exact cause of the anomalous movement. Looking carefully at the images, Ufologists say that a mysterious bright object is seen to the side of the geological formation, considering the distance at which the image was taken, the object in question is gigantic. The object is also leaving a mysterious trail behind it according to Ufologists, a particular and distinctive trail that stretches over the geological formation.

So what is causing these movements? Are we looking at some sort of Alien device as many Ufologists suggest? In the last six months a number of mysterious images has been made available from Mars. In some of these images, Ufologists have identified a number of strange objects that certainly do not look like ordinary geological formations… take the images of the mysterious Dome as an example. 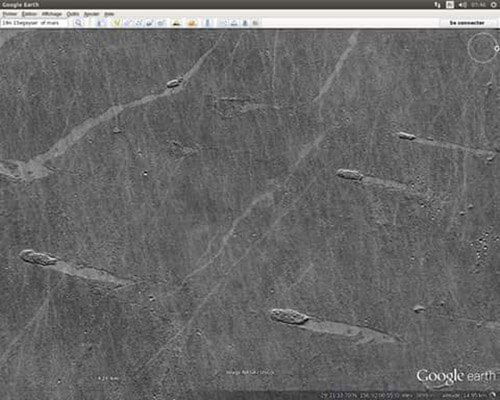 It seems that Mars is by far more mysterious than we ever imagined and it will certainly give us a lot to talk about in the near future.

In the meantime, let us know what you think is causing these mysterious patterns on the surface of the red planet.