Podesta leaked emails: “The Vatican knows there are aliens and... 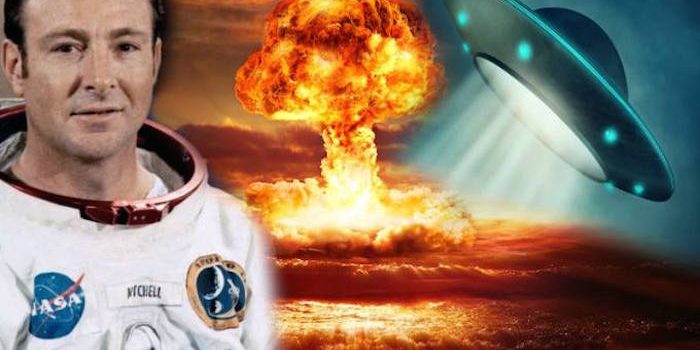 The campaign manager for Hillary Clinton, John Podesta, addressed the possibility that the Vatican was aware of the existence of alien life in emails which date back to 2015 with a renowned US astronaut.

“…Aliens want to help mankind, but they fear the violent tendencies of humans…” says one of the recently published by WikiLeaks.

“Because the War in Space race is heating up, I felt you should be aware of several factors as you and I schedule our Skype talk,” wrote former NASA astronaut Mitchell, who died in February. The sixth man to walk on the moon also mentions a “nonviolent” alien species that wants to help the human civilization and share a technology called “zero point energy.”

However, Aliens will not give mankind this technology if we continue to keep stacking up our nuclear armaments and fight wars.

Edgar Mitchel wrote that Aliens would not “tolerate any forms of military violence on Earth or in space” and could even intervene if mankind engaged in another war.

One of the emails written by Mitchell reveals how Edgar Mitchell firmly believe that the Pope and the Vatican have the ULTIMATE evidence of alien life and Alien visitations to Earth.

Interestingly, in one of the Podesta emails, Terri Mansfield is mentioned. Terri is described as the “Director of the ETI (Extraterrestrial Intelligence) Peace Task Force.”

“…My Catholic colleague Terri Mansfield will bring us up to date on the Vatican’s awareness of ETI…” former NASA astronaut Edgar Mitchell wrote in the email to Podesta.

The latest set of emails reveals that the former astronaut and Clinton’s campaign manager were planning on holding a Skype conference in order to discuss the risk of war in space and how Extraterrestrials would intervene in world affairs in the event of war breaking out.

“Because the War in Space race is heating up, I felt you should be aware of several factors as you and I schedule our Skype talk.

“Remember, our nonviolent ETI from the contiguous universe are helping us bring zero point energy to Earth.

“They will not tolerate any forms of military violence on Earth or in space. The following information in italics was shared with me by my colleague Carol Rosin, who worked closely for several years with Wernher von Braun before his death.

“Carol and I have worked on the Treaty on the Prevention of the Placement of Weapons in Outer Space, attached for your convenience.”

“As 2015 unfolds, I understand you are leaving the Administration in February. It is urgent that we agree on a date and time to meet to discuss Disclosure and Zero Point Energy, at your earliest available after your departure.

“My Catholic colleague Terri Mansfield will be there too, to bring us up to date on the Vatican’s awareness of ETI.

“Another colleague is working on a new Space Treaty, citing involvement with Russia and China. However, with Russia’s extreme interference in Ukraine, I believe we must pursue another route for peace in space and ZPE on Earth.

“I met with President Obama’s Honolulu childhood friend, US Ambassador Pamela Hamamoto on July 4 at the US Mission in Geneva when I was able to tell her briefly about zero point energy.

“I believe we can enlist her as a confidante and resource in our presentation for President Obama.

“I appreciate Eryn’s assistance in working with Terri to set up our meeting.”