The Forbidden timeline of Earth’s History according to the Anunnaki

Based on numerous archaeological discoveries: artifacts, records and monuments found in the past by experts, it is believed that the Anunnaki (Sumerian: “those who came down from the heavens), an extremely advanced civilization from an elusive planet in our solar system, came to Earth, landing in the Persian Gulf some 432,000 years ago.

In the last couple of decades, numerous controversial discoveries have been made which challenge mainstream researchers and their views on history and human evolution.

Every time we write about the Ancient Anunnaki; we come across much discomfort from various sides of readers. While there are those who firmly believe the existence of the Anunnaki, and their arrival to Earth can explain many accounts which mainstream scholars cannot, there are those who believe that the ancient Anunnaki never existed and that extremely advanced civilizations never existed on Earth.

However, in the last couple of years, a lot of researchers are changing their methodology and starting to think open-mindedly.

The ancient alien astronaut theory presupposes that thousands of years ago even before recorded history our planet was visited by astronauts from another world, intelligent beings with technology beyond our own today.  Many archeologists around the world consider modern day Iraq as the “cradle of civilization.” Between 3500 and 1900 BC the Tigris and Euphrates river were the home of the Sumerian people who prospered in this region.

Today when we read or seek information about the Sumer and the Anunnaki or the people that inhabited that part of the world we come across controversial author  Zecharia Sitchin.  In 1976, author Sitchin published his personal translations of the Sumerian texts in a series of books called “The Earth Chronicles.“ According to Sitchin, the clay tablets describe an alien race known as the Anunnaki, who came to Earth to mine gold. Sitchin practically suggests that extraterrestrial visited earth in the past because their home-planet needed gold to survive.

Based on numerous archaeological discoveries: artifacts, records and monuments found in the past by archaeologists and linguists, Sitchin indicates that the Anunnaki (Sumerian: “those who came down from the heavens), an extremely advanced civilization from an elusive planet in our solar system, came to Earth, landing in the Persian Gulf some 432,000 years ago. This advanced civilization colonized our planet, and their sole purpose was to mine large quantities of gold. 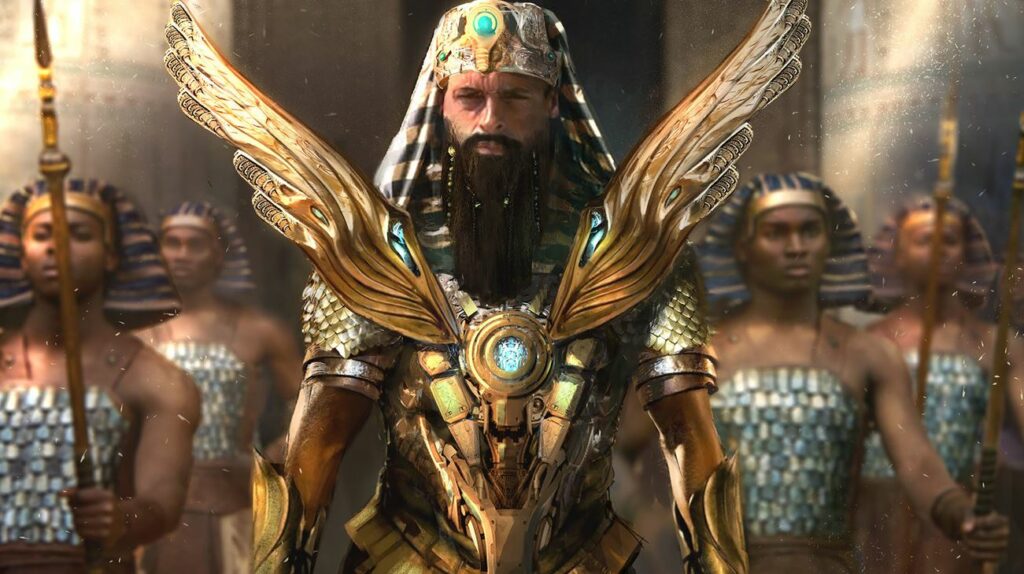 Approximately some 250,000 years ago, according to Sitchin, the ancient Anunnaki merged their Alien genes with that of Homo Erectus and created a species known as Homo Sapiens, obtaining, as a result, a genetically bicameral species. However, humans were a hybrid species and could not procreate. Since the demand for humans as workers became greater, the ancient Anunnaki once again manipulated ancient mankind so they could reproduce on their own.

Events After the Deluge

11,000 B.C.
Enki breaks the oath, instructs Ziusudra/Noah to build a submersible ship. The Deluge sweeps over the Earth; the Anunnaki witness the destruction from their orbiting spacecraft.

Enlil agrees to grant the remnants of Mankind implements and seeds; agriculture begins in the highlands. Enki domesticates animals.

10,500 B.C.
The descendants of Noah are allotted three regions. Ninurta, Enlil’s foremost son, dams the mountains and drains the rivers to make Mesopotamia habitable; Enki reclaims the Nile valley. The Sinai peninsula is retained by the Anunnaki for a post-Diluvial spaceport; a control center is established on Mount Moriah (the future Jerusalem).

8,670 B.C.
Opposed to the resulting control of all the space facilities by Enki’s descendants, the Enlilites launch the Second Pyramid War. The victorious Ninurta empties the Great Pyramid of its equipment.

Ninhursag, the half-sister of Enki and Enlil, convenes a peace conference. The division of Earth is reaffirmed. Rule over Egypt transferred from the Ra/Marduk dynasty to that of Thoth. Heliopolis built as a substitute Beacon City.

8,500 B.C.
The Anunnaki establish outposts at the gateway to the space facilities; Jericho is one of them.

3,800 B.C.
Urban civilization begins in Sumer as the Anunnaki reestablish there the Olden Cities, beginning with Eridu and Nippur.

Anu comes to Earth for a pageantful visit. A new city, Uruk (Erech), is built in his honor; he makes its temple the abode of his beloved granddaughter Inanna/lshtar.

3,760
Mankind granted kingship. Kish is first capital under the aegis of Ninurta. The alendar began at Nippur. Civilization blossoms out in Sumer (the First Region).

3,450
Primacy in Sumer transferred to Nannar/Sin. Marduk proclaims Babylon “Gateway of the Gods.” The “Tower of Babel” incident. The Anunnaki confuse Mankind’s languages.

3,100-3, 350
Years of chaos end with installation of first Egyptian Pharaoh in Memphis. Civilization comes to the Second Region.

2,900
Kingship in Sumer transferred to Erech. Inanna given dominion over the Third Region; the Indus Valley Civilization begins.

2,316
Aiming to rule the four regions, Sargon removes sacred soil from Babylon. The Marduk-Inanna conflict flares up again. It ends when Nergal, Marduk’s brother, journeys from South Africa to Babylon and persuades Marduk to leave Mesopotamia.

2,291
Naram-Sin ascends the throne of Akkad. Directed by the warlike Inanna, he penetrates the Sinai peninsula, invades Egypt.

2,193
Terah, Abraham’s father, born in Nippur into a priestly-royal family.

2,180
Egypt divided; followers of Ra/Marduk retain the south; Pharaohs opposed to him gain the throne of lower Egypt.

2,130
As Enlil and Ninurta are increasingly away, central authority also deteriorates in Mesopotamia. Inanna’s attempts to regain the kingship for Erech does not last.