The mysterious Tecaxic-Calixtlahuaca head was discovered in 1933, and according to researchers, it seems to be a fragment of a larger figure. It was discovered in a pre-Columbian tomb near Tecaxic-Calixtlahuaca in the valley of Toluca by archaeologist José Garcia-Payón. This archaeological site was intact, eliminating the possibility of accidental contamination. According to the first tests, scholars believe that the figure is of Roman origin, the inspiration for its nickname: The Roman Head.

The reality is that researchers know very little about this mysterious artifact. There have been several views about where it came from, some even suggest a Celtic origin while others support the theory that it is a terra-cotta piece that originated in Ancient Rome. 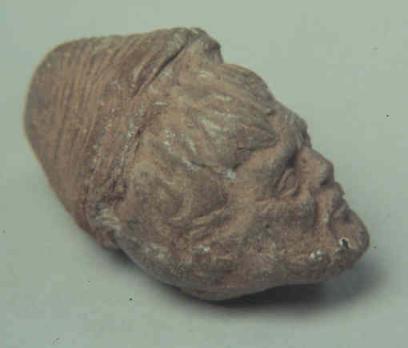 Researchers have taken close look at the curious artifact. From the style of the beard, Bernard Andreae from the German Institute of Archaeology in Rome, place the mysterious item in the second century AD.

“It is Roman without any doubt… The stylistic examination tells us, more precisely, that it is a Roman work of the second century after Christ. It presents, in the cut of the hair and the shape of the beard, traits typical of the Severian emperors, exactly the ‘fashion’ of the period. On this there is no doubt.” – Bernard Andreae

Other researchers don not agree with Bernard, suggesting a Viking or Celtic connection. This would place the item as being much older than the other artifacts found at the archaeological site, complicating more its mysterious origin. 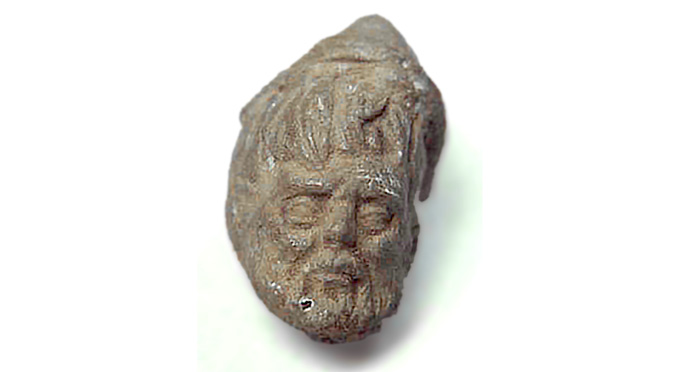 When the artifact was discovered, there was no dating method for that type of material, so it wasn’t until 1995, when a thermoluminescence test was performed by P. Schaaf and GA Wagner in the “FS Archaeömetrie unit” of Heidelberg, Germany placing it between the 9th century BC and the middle of the 13th century AD. Researchers believe that thermoluminescence analysis is considered quite reliable.

Since the figure is much older than the archaeological site where it was discovered, researchers have speculated that it got there by an ancient route, from Asia to America brought by ancient Hindu or Chinese ships. The only thing that contradicts this theory is the fact that the artifact is too fragile to survive a millennium of travel.

Since scholars have no idea how the artifact got there, they have proposed that it might actually be a deception, but that is ruled out by the thermoluminescence analysis. Archaeologists also believe that the figure could have been brought by an unknown visitor shortly before the conquest. This theory is very improbable since Moctezuma was very well-informed of the arrival of the Spaniards, it is unlikely that a European visitor would have remained anonymous without leaving any trace in the Nahua tradition.

Is it possible that we know very little about our history and that there have been countless visitors in the Americas before the arrival of the conquistadores?

The possibilities are infinite, and with each new discovery, we realize that we have very little knowledge about the ancient cultures that inhabited the Americas and how far their reach was.