This Giant Ancient Underground City may be the largest in...

Dating back at least 5,000 years and located in the area beneath Fort Nevşehir, a Byzantine-era hilltop castle in Nevşehir, the mysterious underground city has proven to be one of the most shocking discoveries in recent years in the Cappadocia region where this, and other underground cities are located. 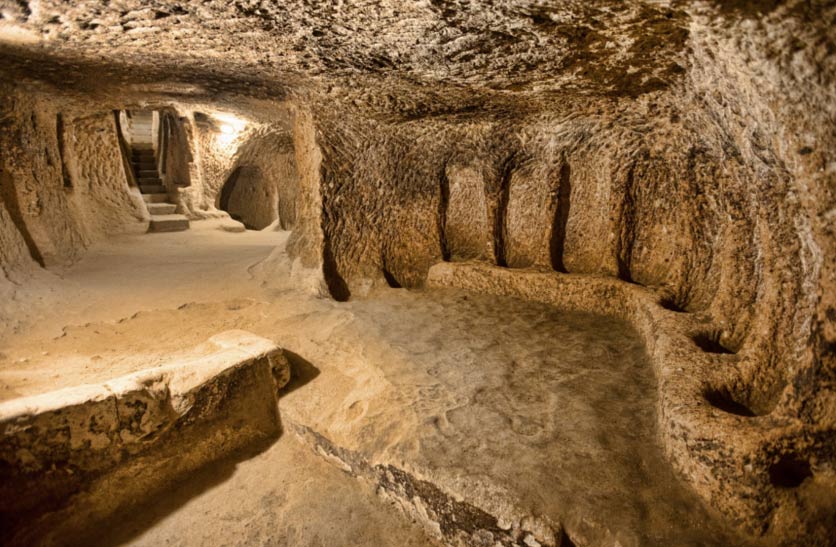 Near the region commonly referred to as “The Cradle of Civilization” we find ancient cities and structures that defy everything we know about human history and chronology since some of these structures should not exist according to mainstream scholars.

This underground city was found by chance during a dig performed by construction workers who were preparing a new section of the city. Since the discovery, archaeologists have found over 50 historical artifacts in the underground city and most of them have already been persevered.  This huge city remains largely unexplored but according to early studies, the size and features could very well rival those of the ancient underground city of Derinkuyu, which is one of the largest excavated underground cities in the region.

According to reports from National Geographic, this ancient multilevel settlement is likely to include living spaces, kitchens, wineries, chapels, and staircases.

A group of Geophysicists from the Nevşehir University conducted a systematic survey of a 4-kilometer area using geophysical resistivity and seismic tomography which showed incredible results. Out of the 33 independent measurements they took, they estimate that this ancient underground city is nearly five million square feet (460,000 square meters) plunging as deep as 113 meters, which would make it the largest underground city ever discovered, larger than Derinkuyu by a third. The exact size of the ancient city remains a mystery and some researchers estimate that this ancient city could go even deeper than previous estimates.  The original builders of this and other ancient cities of the region remains a mystery.

One of the greatest mysteries regarding this ancient underground city is how ancient people managed to build such a vast underground city 5,000 years ago. Cappadocia or ‘Kapadokya’ means the land of the beautiful horses in Turkish.