One of the most curious ancient maps is the 120 Million-year-old map called ‘the map of the creator’. According to Russian experts, the maps is a staggering 120 million years old, and depicts the Ural Mountains and includes a series of civil engineering projects and around 12,000 kilometers of channels, dams, and hieroglyphs of an unknown origin.

In today’s society, the concept of the map is closely linked to new technologies, browsers, and Google Maps,a kind of magic modern window through which we can discover the world. However, hundreds and even thousands of years ago people created all sorts of maps leading to mysterious places. In this article, we take a look at three mysterious ancient maps that most of the readers probably never heard of before.

The oldest astrological map of the world

The sky has been mapped since antiquity as shown by this astrological chart discovered in 1983 inside a funeral chamber in Ausaka, a town in the prefecture of Nara, Japan.

The Kitora Tomb, as it is known, was built during the  VII and VIII centuries as a resting place for an aristocrat of the reign of Emperor Tenmu.

Curiously, on the roof of the tomb, we find an astrological mural composed of a series of concentric circles that overlap at some points, between which we find depictions of the constellations, represented by small discs of golden sheets.

In this intricate ancient composition, we can also see numerous mythological elements and the zodiacal signs. 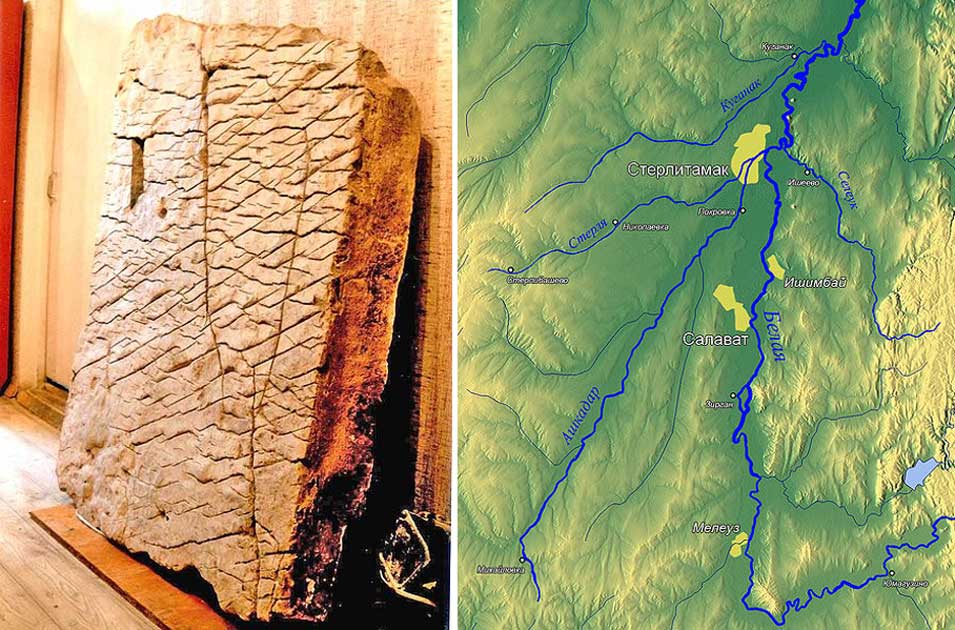 The Dahska stone is a rather controversial artifact that according to many is one of the oldest maps of the world.

Also known as the map of the creator, the stone tablet has baffled experts ever since it was discovered in 1999. While some consider it ludicrous, Russian scientists estimate that this stone map is around 120 million years old.

According to reports, the Dashka stone map depicts the Ural Mountains and includes a series of civil engineering projects and around 12,000 kilometers of channels, dams, and hieroglyphs of an unknown origin.

Experts believe that given the accuracy and perspective, the map was created from an aerial point of observations. Archeologists from the Bashkir State University discovered the Dashka stone in the Ural Mountains of eastern Russia on July 21, 1999.

This recently found map was discovered at the site of Moli del Salt in Spain and is believed to date back to the Upper Paleolithic, some 13,800 years ago. According to reports, it depicts a hunter-gatherer campsite.

The map was carved on a slab roughly 18 centimeters wide, 8.5 centimeters high and around 3.6 centimeters thick. Dr. Manuel Vaquero of the Rovira and Virgili University and Dr. Marcos García-Diez of the University of the Basque Country said that: “It displays seven semicircular motifs.”

The Moli del Salt slab is now housed in the Institute of Human Paleoecology and Social Evolution in Tarragona, Spain.