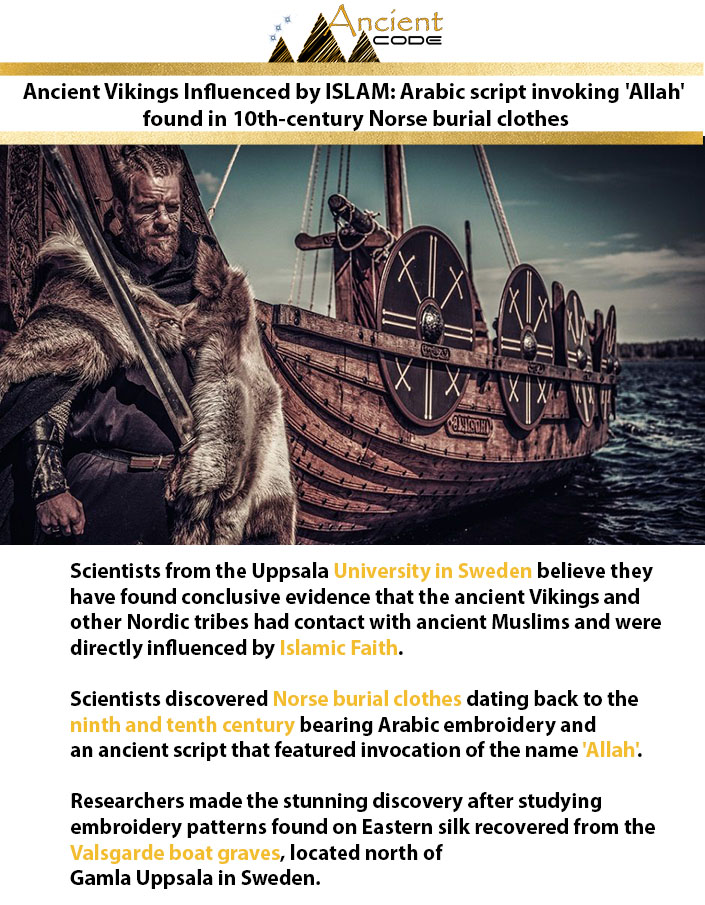 Researchers have discovered similar Kufic characters in Central Asian tomb mosaic dating back to the same period of history. Kufic, which is the oldest form of Arabic calligraphic script dates back to the seventh century.

Scientists concluded that this could be an important piece of evidence that the ancient Vikings of the ninth and 10th centuries were greatly influenced by Islam.

According to experts, the presence of Arabic script invoking the name of “Allah” in ninth- and 10th-century Norse burial clothes indicates that Islamic afterlife beliefs had great spiritual significance to ancient Norseman who were buried in the clothes.

“In the Quran, it is written that the inhabitants of Paradise will wear garments of silk, which along with the text band’s inscriptions may explain the widespread occurrence of silk in Viking Age graves,” said Annika Larsson, an expert in textile archaeology at Uppsala University’s Department of Archaeology and Ancient History.

Some experts maintain that some items directly linking the Norse to Islam may have been procured through trade.

“That we so often maintain that Eastern objects in Viking Age graves could only be the result of plundering and eastward trade doesn’t hold up as an explanatory model,” Larsson added. “The inscriptions appear in typical Viking Age clothing that have their counterparts in preserved images of Valkyries.”