You won’t believe your eyes! 15 breathtaking images of the...

Its crystals, multi-faceted mirrors take us through different paths: that of knowledge and science, that of technological development, and the path of art and harmony. Inside the cave, explorers are witnesses of ‘fallen obelisks’, ‘pillars of light’, the crystals are enormous, and most of them are several feet thick.

Discovered in 2000, the giant Crystal Cave (Cueva de los Cristales) is a 300-meter-deep cave connected to the Naica Mine below the surface of Chihuahua in Mexico. It is one of the strangest places on Earth, and one of the most beautiful you’ll ever see.

The main chamber of the cave is home to some of the LARGEST natural crystals ever found.

The largest crystal has a length of 12 meters and a weight of 55 tons. The cave is also extremely hot with air temperatures reaching up to 60 degrees celsius, with an average humidity of 90 percent.

Due to its extreme conditions, the cave system remains largely unexplored. Entering the cave without proper protection, people could only withstand ten minutes of exposure at a time.

Its crystals, multi-faceted mirrors take us through different paths: that of knowledge and science, to understand how and when this work of nature could have been created; that of technological development, to test our capacity and  challenge to survive in its interior and register its beauty through images, and the path of art and harmony; in order to share its heritage through the expressions of men and women sensitive to beauty and harmony, of philosophy and mysticism, and for the magic and peace that interconnects each and one of us.

As National Geographic puts it, nothing compares with the giant crystals found in Cueva de los Cristales, or Cave of Crystals.

Interestingly, the geologic processes that create lead and silver also provide raw materials for crystals, and at Naica, miners had hammered into chambers of impressive, though much smaller, crystals before. But as news spread of the massive crystals’ discovery, the question confronting scientists became: How did they grow so big?

It’s almost as if nature chose a poetic way of saying this is raw power. Inside the Cave explorers are witnesses of ‘fallen obelisks’, ‘pillars of light’, the crystals are enormous, and most of them are several feet thick. On the floor and walls are clumps of smaller crystals, sharp as blades and flawlessly transparent.

As noted by National Geographic, in their architecture crystals embody law and order, stacks of molecules assembled according to rigid rules. But crystals also reflect their environment.

And if its beauty wasn’t’ good enough for some, researchers have recently discovered the crystals are ‘alive’.

Biologists have discovered LIFE trapped inside 50,000-year-old crystals in a fairytale-like Mexican cave system. These bizarre, ancient microbes were found ‘dormant’ in the Naica caves and are believed to live off minerals such as iron and manganese.

To date, Scientists have found around 100 different organisms, which were mostly bacteria, inside crystals where they remained trapped for between 10,000 and 60,000 years. Interestingly, 90 percent had never been seen before.

These bizarre, ancient microbes were found ‘dormant’ in the Naica caves and are believed to live off minerals such as iron and manganese.

“These organisms have been dormant but viable for geologically significant periods of time, and they can be released due to other geological processes,” says NASA Astrobiology Institute director Penelope Boston, who announced the find today at a meeting of the American Association for the Advancement of Science. “This has profound effects on how we try to understand the evolutionary history of microbial life on this planet.” 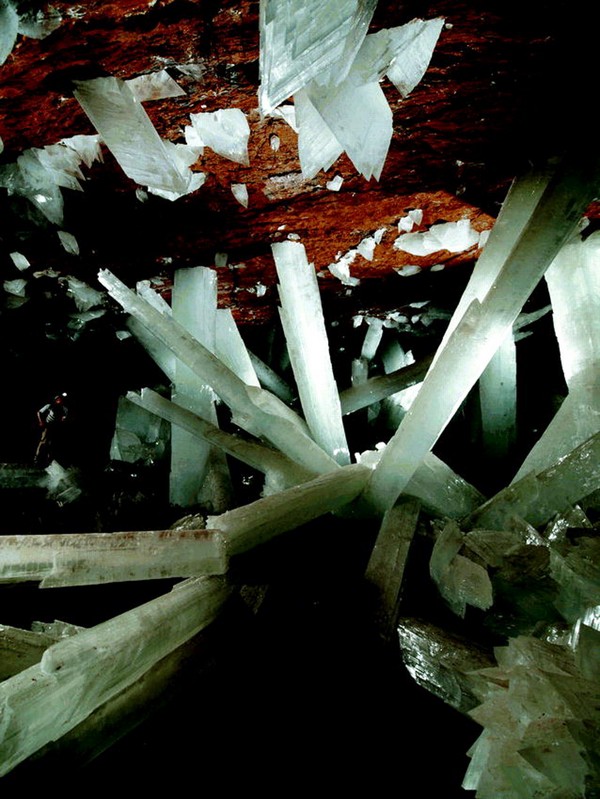 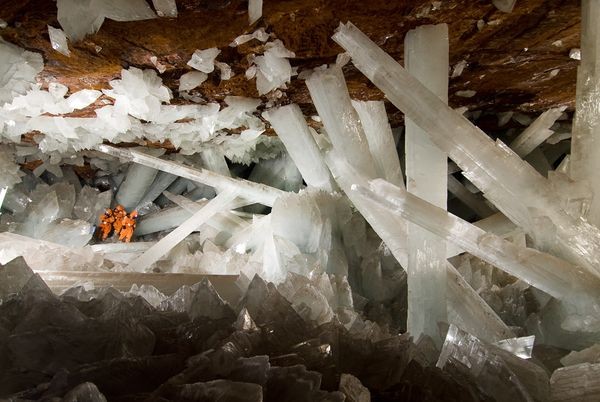 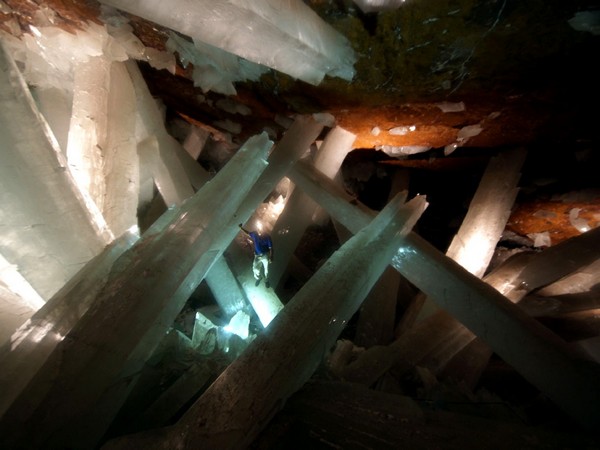 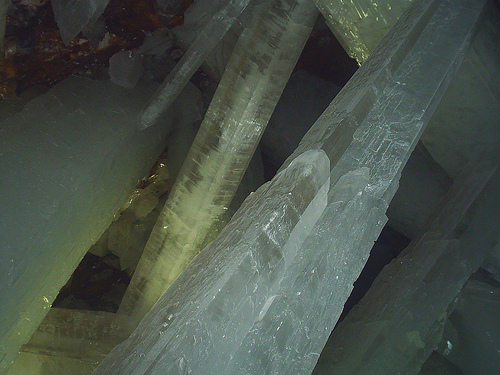