According to a group of archaeologists, a series of footprints discovered in the United Kingdom over a year ago are evidence of human beings living on Earth much earlier than what mainstream scholars suggest.

The mysterious footprints are believed to have been left by a group of adults and children nearly a million years ago.

The incredible footprints were actually recorded for the first time two years ago in Norfolk, England.

“At first we weren’t sure what we were seeing, but as we removed any remaining beach sand and sponged off the seawater, it was clear that the hollows resembled prints, perhaps human footprints,” said Dr. Nick Ashton of the British Museum.

According to USA Today, the prints are:

“…the most ancient found outside Africa, and the earliest evidence of human life in northern Europe.” 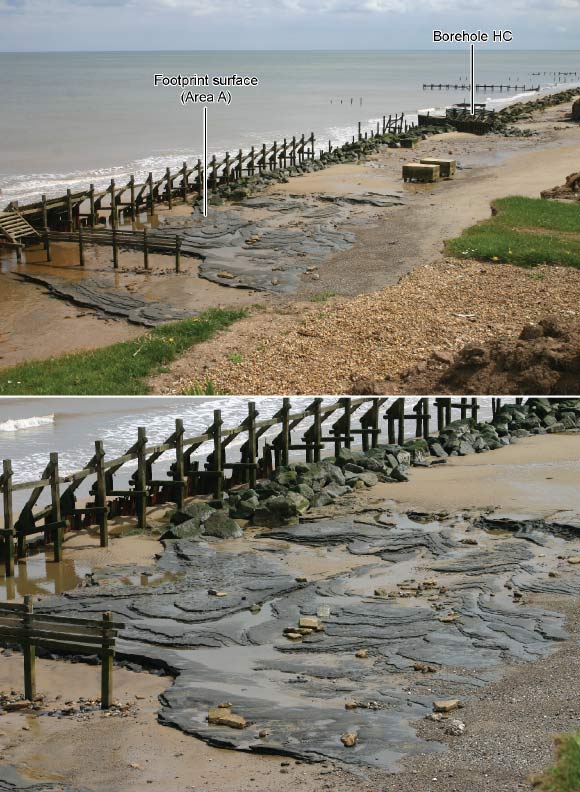 With the aid of a technique called photogrammetry (which is the use of photography in surveying and mapping ascertain measurements between objects), researchers were able to record the surface where the footprints were found before the sea eroded them away. Posterior analysis demonstrated that the elongated hollows identified on the surface were in fact, those of ancient human beings that walked across the region 800,000 years ago.

Experts were able to confirm that the prints belonged to a group of up to five individuals.

“In some cases, we could accurately measure the length and width of the footprints and estimate the height of the individuals who made them. In most populations today and in the past foot length is approximately 15 percent of height,” explained co-author Dr. Isabelle De Groote of Liverpool John Moores University.

“We can therefore estimate that the heights varied from about 0.9 m to over 1.7 m. This height range suggests a mix of adults and children with the largest print possibly being a male.”

According to statements, several sites in the vicinity have yielded stone tools and fossil bones which date back 800,000 years and the latest discovery of the mysterious footprints are believed to be from the same deposits.

“Although we knew that the sediments were old, we had to be certain that the hollows were also ancient and hadn’t been created recently,” said co-author Dr. Simon Lewis from Queen Mary University of London. 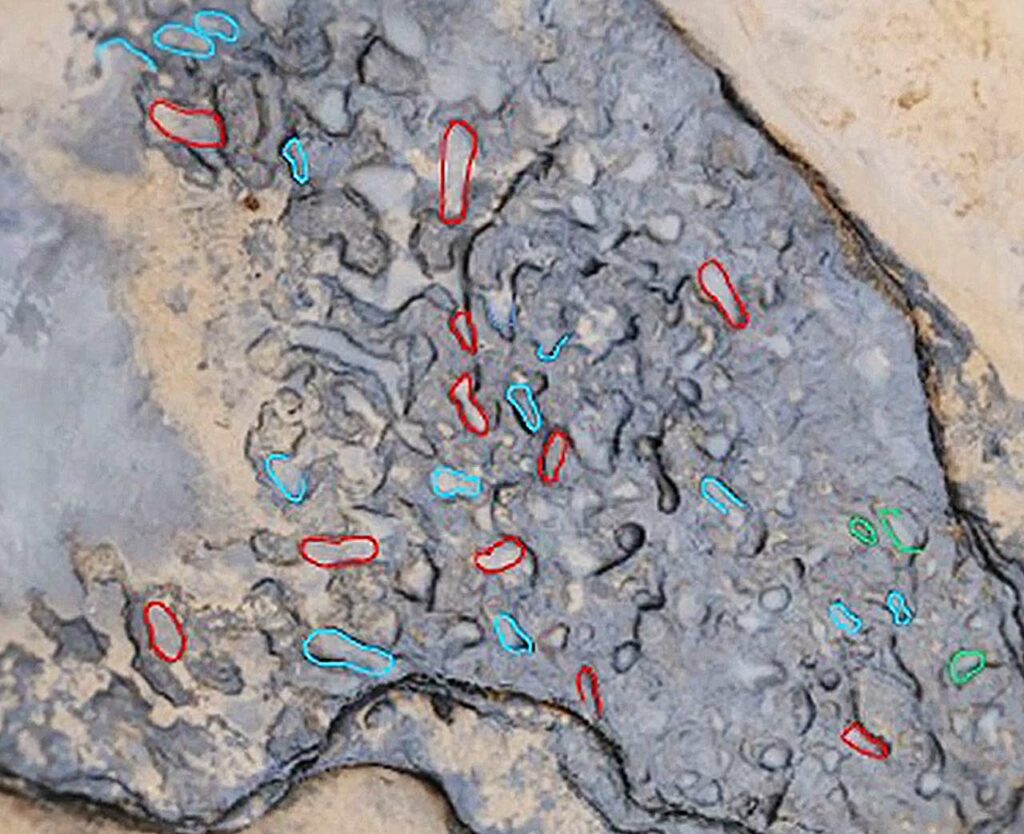 “There are no known erosional processes that create that pattern. In addition, the sediments are too compacted for the hollows to have been made recently.”

But just how did researchers come up with an age of 800,000 years? Well, the age of the site is based on the geological position located beneath the glacial deposits that make up the cliffs and are also associated with extinct animals. At the site, experts have found the remains of plants, beetles, shells and other species which has allowed them to accurately reconstruct the ancient landscape of the site. During that period in history, Britain was linked by land to Europe.