Archaeologists unearth a 2,000-year-old clay jar and then resurrect a... 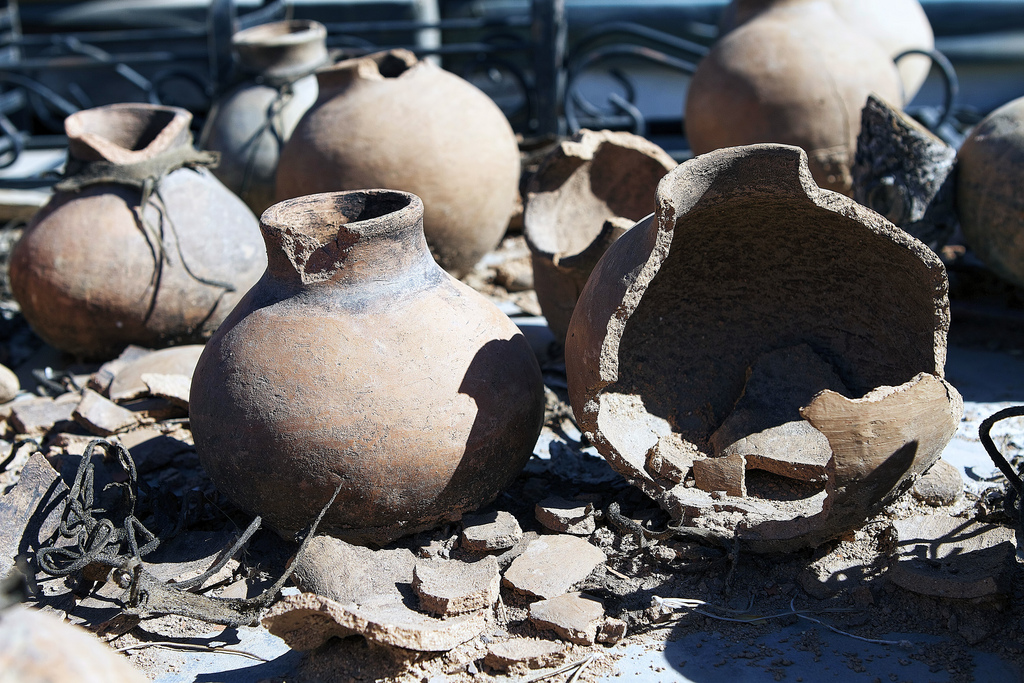 During the 1960s, archaeologists excavating the palace of Herod the Great came across an ancient clay pot, inside it, they found a stockpile of seeds hidden from sight for over 2,000 years.

The discovery of the ‘ancient seeds’ proved to be the oldest verified human-assisted germination of a seed. The seeds belong to the Judean Date Palm.

These plants were basically extinct due to a number of factors. In fact, cultivation of dates almost disappeared after the fourteenth century CE because of climate change (yup, climate change isn’t that modern) and infrastructure decay.

However, in modern times, these ancient plants have been brought back to life.

Judean Date Palms were considered extremely important in ancient sites. The palm trees were one of the most recognizable and welcome sights for people inhabiting the Middle East. These planets were widely cultivated in the region mostly because of their fruit, and because of the shade, the trees offer from the blazing desert sun.

Throughout history—Judean Date Palms became a  staple crop in the Kingdom of Judah, also serving as one of the many symbols of good fortune. In fact, King David named his daughter Tamar after the plant’s name in Hebrew.

Judean date palms grew around the Dead Sea in the south, to the Sea of Galilee and the Hula Valley regions in the north. The tree and its fruit caused Jericho to become a major population center and are praised in the Hebrew Bible possibly several times indirectly, such as in Psalms, 92, “The righteous himself will blossom forth as a palm tree does”, and date clusters are mentioned in Song of Songs 5:11.

The plant remained an important symbol for some 3,000 years until the Roman Empire sought to expand their reign. By 500 AD, the symbolic—and fruitful—palm trees were wiped out, as a result of climate change, infrastructure decay, and conquest.

References to Judean Date Palms can be found in the Bible, the Koran, and other ancient literature.

Years after the Judean Palm Tree slipped from history and became a distant memory of what was once an important symbol for millions of people.

Luckily, the palm trees were brought back to life after archaeologists were excavating the site of Herod the Great’s palace in Israel in the early 1960s when they discovered an ancient clay jar filled with seeds.

The seeds practically remained in the shadow of history from their discovery until 2005, Solowey decided to plant a seed and see what, if anything, would sprout.

“I assumed the food in the seed would be no good after all that time. How could it be?” said Solowey.

Solowey says the legendary palms were said to have a number of incredible attributes.

“Dates were famous in antiquity for medicinal value,” said Solowey. “They were widely used for different kinds of diseases—cancers, TB [tuberculosis]—all kinds of problems.”

Not long after, the botanical researcher was astounded to see the seeds sprout with new life, and in 2011, the Judean Date palm produced its first flower.

See what happened next from Israel below: