Does this discovery prove ancient Egyptians traveled to the Americas...

There are numerous discoveries which suggest ancient Egyptians had the capabilities and knowledge of large-scale oceanic voyages thousands of years ago, even though mainstream scholars suggest it’s highly unlikely and reject it. 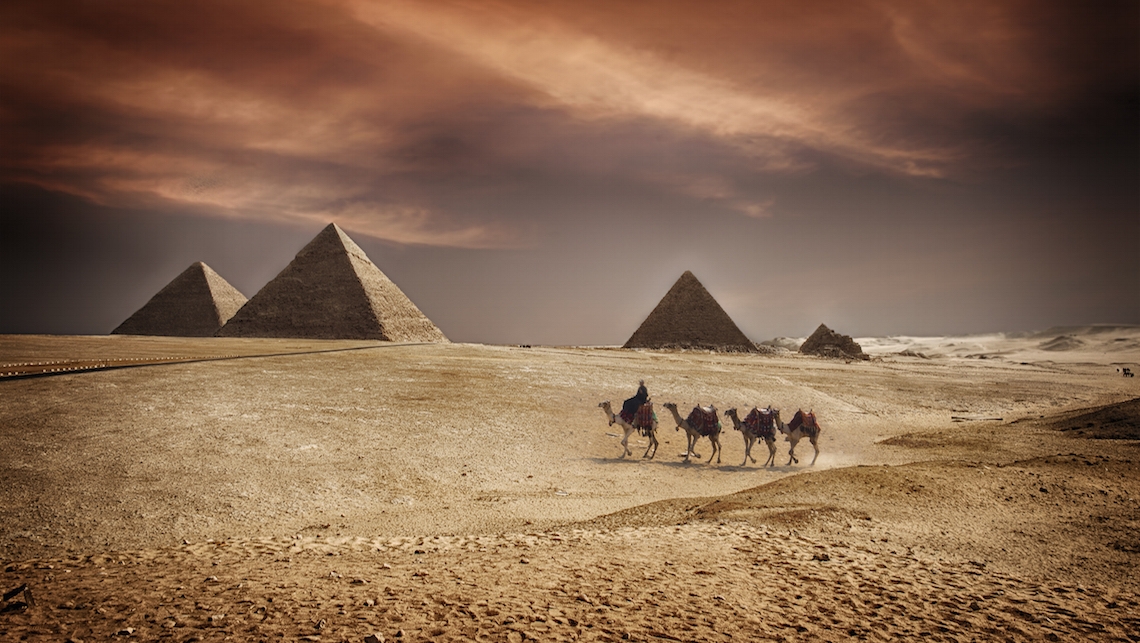 While mainstream scholars firmly reject the notion that intercontinental trade was possible among ancient civilizations thousands of years ago, today, researchers have found numerous pieces of evidence which point towards the possibility that in the distant past, ancient civilizations around the globe developed intricate communication patterns and elaborated trade routes.

Curious architectural similarities present among ancient civilizations are considered only as a small piece that indicates the ancient around the world shared the same building techniques and possessed similar knowledge in mathematics, geology, engineering, architecture and even Astronomy.

Intricate maps that show ‘unknown’ parts of the planet and  regions on Earth and how they looked prior to the last Ice Age are just some of the pieces of evidence that support the theory that in the distant past, thousands of years ago and before written history, ancient civilizations undertook a global survey around the last ice age or before it, allowing ancient mankind to understand the correct shape and size of the earth, resulting in elaborate cartography skills that produced maps as accurate as the ones we have today.

But as if all of the previous wasn’t enough to indicate ancient global routes existed in the distant past, we look at the further evidence which supports the theory that the ancient Egyptians could have traveled to the Americas as early as 1000 BC.

One of the greatest pieces of evidence which supports the idea of intercontinental trade thousands of years ago is a discovery made by German scientists Svetla Balabanova who was analyzing the mummified remains of Lady Henut Taui, believed to have been a member of the ruling class. What Balabanova discovered, radically shook the scientific community like never before. The mummy contained traces of cocaine and nicotine, something that had never before been found. Research showed that significant evidence exists for contact with the Americas in pre-Columbian times.  It is determined that the original findings are supported by substantial evidence despite the initial criticisms.

The discovery fired up debates in the scientific community and quickly after the discovery had been made, a number of theories and hypotheses surfaced regarding the discovery. Ranging from contaminated tests to fake mummies, theories spread quickly trying do discredit the discovery. However, skeptical theories were disproved, and the mummies were found to be authentic.

But why was the discovery a groundbreaking one? Well, cocaine and tobacco were only found in the Americas in the distant past. These plants were not exported until the 19th century, a fact that suggests that somehow, ancient Egyptians must have arrived in the Americas 3,000 years ago.

However, coca plants and tobacco aren’t the only evidence suggesting ancient Egyptians were masters of the seas, traveling around the globe thousands of years ago. There are other archeological discoveries which suggest the same thing. Another finding which supports this ‘controversial’ theory is depicted in a relief at Deir el-Bahir, modern-day Luxor. There, around 1477, Queen Hatshepsut sent out expeditions to the Land of Punt. The relief shows what appear to be seafaring vessels which were able to carry at least 200 men, loaded with gold, exotic plants and animals not native to Egypt. Indicating that the ancient Egyptians had the ability to undertake large-scale oceanic voyages thousands of years ago, even though mainstream scholars suggest it’s highly unlikely.

Further evidence supporting the idea that ancient Egyptians were capable of large-scale oceanic voyages was found in 1909 in the Marble region of the Grand Canyon. According to the Arizona Gazette, on 5th April 1909 Smithsonian-funded researchers discovered a number of Egyptian-like objects which tablets and hieroglyphics inside a cave. While the Smithsonian has NO RECORD of the finding today, many believed that this is only because it contradicts everything we have been told about history, ancient civilizations and their capabilities and the origins of mankind.