The Battle of Los Angeles, also known as The Great Los Angeles Air Raid, is the name given by contemporary sources to an incident in Los Angeles, California, in which, after city-wide alarms went off due to an alleged enemy attack, the US antiaircraft defenses touched off a massive barrage of anti-aircraft fire, with some 1400 shells shot into the skies over Los Angeles during the frantic evening.

The incident occurred less than three months after the United States joined the Second World War as a result of the attack on Pearl Harbor by the Imperial Japanese Navy, and a day after the Ellwood Bombing on February 23.

Initially, it was thought that the barrage of anti-aircraft fire was in response to an attack from the Japanese air force, but speaking at a press conference shortly afterward, US Navy Secretary Frank Knox described the incident as a “false alarm”. 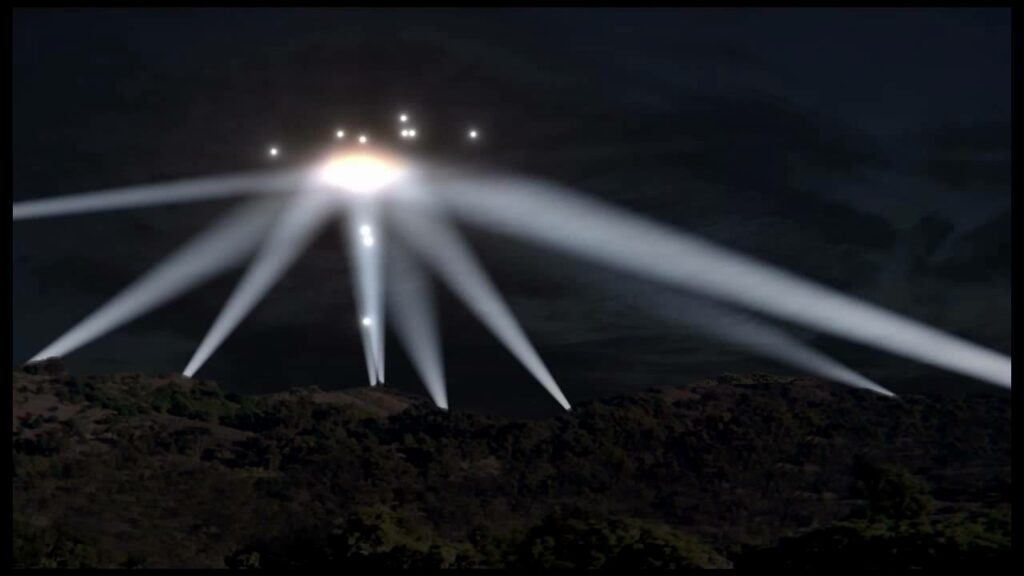 The newspapers of the time published a series of reports and speculated about cover-ups.

Some ufologists have had even claimed that a massive barrage of anti-aircraft fire did not target Japanese bombers, but alien spaceships.

But, as it seems that all ‘good UFO sightings’ are nothing more than weather balloons, in 1983, the United States Air Force History Office attributed the event to a case of “nerves of war” likely triggered by a lost weather balloon and exacerbated by stray flares and shell bursts from adjoining batteries.

Representative Leland Ford of Santa Monica called for a Congressional investigation, saying, “…none of the explanations so far offered removed the episode from the category of ‘complete mystification’ … this was either a practice raid, or a raid to throw a scare into 2,000,000 people, or a mistaken identity raid, or a raid to lay a political foundation to take away Southern California’s war industries.”

However, based mainly on an image, published in the Los Angeles Times on February 26, 1942, Ufologists around the globe believe that the US military did not shoot at a weather balloon or Japenese bombers on the late hours of 24 February to early 25 February, but a real saucer-shaped UFO.

Ufologists assert that the photo clearly shows searchlights focused on an alien spaceship.