Shock claims: ‘Intelligently built structures’ on Far side of the...

New astonishing claims suggest there are numerous ‘intelligently constructed’ structures on the surface of the Moon. What’s really going up there? Are UFO Hunters onto something this time? 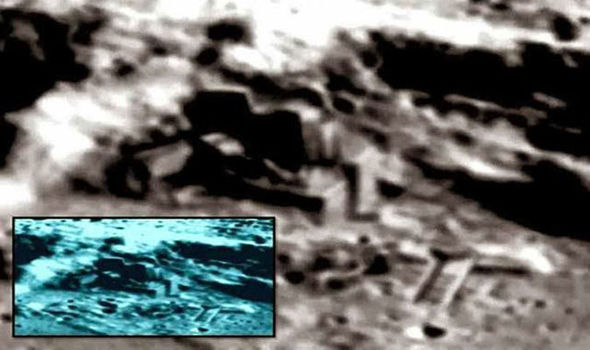 In recent years a large number of videos have been uploaded to YouTube by Alien Hunters, who claim there are both alien and man-made structures on the surface of the moon, specifically the Tycho crater area on the lunar surface.

Recently, YouTube-UFOlogist Streetcap1 has released two videos concerning the crater and the alleged structures found there.

One video called “Buildings in Tycho Region on Earth’s Moon” is where Streetcap found intricate series nearly cube-like structures which he believed are not natural formations.

Most of his subscribers remain confident that once again, Streetcap1 has found evidence of ‘alien’ structures on the moon.

While looking at the video, we noticed a number of supportive comments by his viewers.

Gregory Ellison posted on YouTube: “Streetcap1 rides again. You can easily see the connecting corridors between the buildings.”

However, there are others who remain skeptical on the matter like  Jean-Louis Le Breton, who wrote: “There are thousands and thousands of white rocks in this picture. So it could happen that some of them are naturally squared. But this particular one really looks like a building.”

Scott Waring from popular website UFO Sightings Daily praises Streetcap1, who he believes has made another worthwhile discovery.

Writing on UFO Sightings Daily Scott Warring says: “This alien base was found by the great Streetcap1 of Youtube.

“He found it this week and its just mind melting.

“The detail is excellent and the fact that its right angles make up groups of rectangles and squares that are all attached to one another confirms its made by intelligent beings.”

Interestingly, Streetcap1’s second video titled “Lunar Square” also ignited a number of reactions. Scott Warring described the discovery as a “whole city has been found in the Tycho Crater”.

He wrote: “This alien structure was found by Streetcap1 of Youtube.

“He seems to have found an alien city within Tycho crater and is pumping out building by building.

“Each structure is very amazing. I added some darkness to make the edges of this building come into focus. It’s obvious that this is not just a rock.

“That this is an incredibly massive structure among a city on Earth-moon. Wow, not often we get to see them so close up and so focused.”

But Skeptics remain firmly convinced the alleged structures are nothing at all but mere indications of Pareidolia when our brain tricks us into seeing familiar shapes, textures or objects.

According to Dr. Brandenburg:

Dr. Brandenburg additionally stated that once the Clementine mission was completed, the images taken from the moon were analyzed by ‘an elite department team with the highest security clearance’:

“… They basically kept to themselves and just did their work, and we were told not to interfere with them…”

Interestingly, Brandenburg was also quoted saying that “We were aware there was a possibility of an unknown presence, possibly alien/extraterrestrial near the Earth…”

Brandenburg recounted one occasion: “…There I am sitting in a room of retired army and air force generals and a few admirals, and we’re watching what looks like a firefight in space. The most senior general there … turned to me and said, “Where do you think they’re from?” and I said, “I don’t know sir, I’ve heard they’re from 40 light years from here.”

Based on the images and videos made available its hard to tell whether there is really something going on on the surface of the moon. However, it’s certainly interesting to mention that in the last couple of years, a freakishly large number of Scientists, Astronauts, Highly Ranked Government officials and Military personnel have spoken out about Alien life and alien structures present in our solar system.