The Sibiu manuscript discovered in 1961, is a collection of around 450 pages that include among many other things, details of three-stage rockets and manned rocket flight.

Most of us are unaware of the fact that there are countless ancient manuscripts scattered across the globe, describing what many consider as improbable achievements of the past.

What would you say If I told you that there is an ancient manuscript that dates back nearly 500 years, and describes liquid fuel, multi-stage rockets, and even manned rockets? 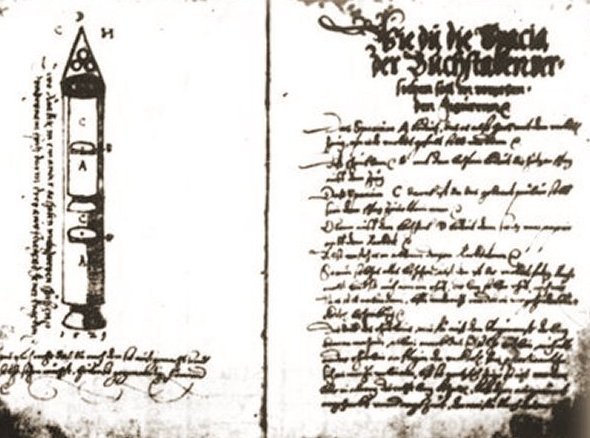 *Have you noticed how people these days call out as fake news anything that they find hard to believe or goes against their belief system?

Anyway, the Sibiu manuscript is real, it’s not fake news, and it does, in fact, describe—among other things— liquid fuel and multi-stage rockets, and it was officially published in the 16th century, although many believe it was written using texts that go back further in time. 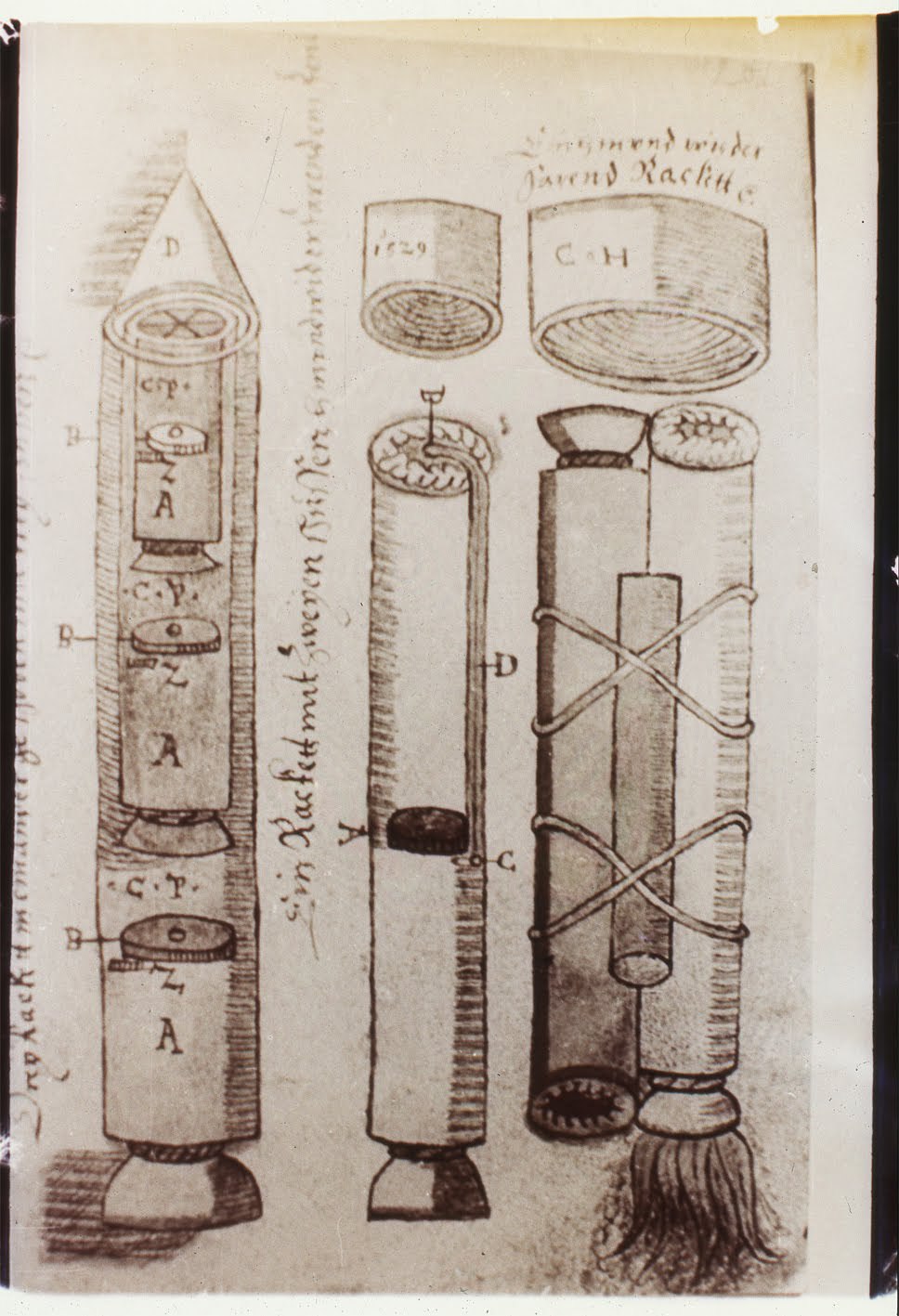 The Sibiu Manuscript was found in 1961 by Doru Todericiu, a professor of Science and Technology at the University of Bucharest. The manuscript contained around 450 pages which were recovered from the archives of the city of Sibiu, in Romania.

To the surprise of Todericiu, the ancient text was flooded with drawings and technical data on artillery, ballistics and detailed descriptions of multistage rockets.

Referred to as the Sibiu manuscript ever since, the ancient text is believed to have been written by a man called Conrad Haas, between 1550 and 1570.

Conrad Haas is believed to have been a military engineer who worked for the Kingdom of Hungary and the Principality of Transylvania.

The ancient manuscript origins aren’t very clear, nor are the origins of its author who according to historians is believed to have been born in either Austrian or Transylvania and became the head of the arsenal of the Austrian Empire under King Ferdinand I.

The Sibiu manuscript, written entirely in German, was found to be a theoretical treatise on the construction of different types of weapons, including—for the first time in history—multistage rocket technology. It also includes details on the combination of fireworks with weapons, the design of fins in the shape of a hang glider as well as the creation of fuel mixtures with the use of liquid fuel.

It remains a mystery whether or not Haas managed to use his designs and put into practice, but there are some who claim that a rocket launch was carried out in Sibiu in 1550, but there is no documentary evidence to support these claims.

We do know from history that Johann Schmidlap, a 16th-century Bavarian fireworks maker, and rocket pioneer, was the first to experiment with two-stage and three-stage rockets around 1590.

Before the discovery of the Sibiu manuscript, the earliest details of a three-stage rocket was attributed to Kazimierz Siemienowicz, a Polish specialist in artillery, who published details about rocketry in his 1650 treatise Artis Magnae Artilleriae Pars Prima.

Conrad Haas wrote down a few interesting sentences in his manuscript in which he talks about the military use of rockets (translated):

“But my advice is for more peace and no war, leaving the rifles calmly in storage, so the bullet is not fired, the gunpowder is not burned or wet, so the prince keeps his money, the arsenal master his life; that is the advice Conrad Haas gives.”