The Top Secret Document Written by Oppenheimer and Einstein on...

The idea that planet Earth has been visited by beings not from Earth is a concept that has been around for many years. If we look back at history, study and analyze ancient texts from cultures all over the world, we will find that many describe “Gods”, ‘heavenly beings’ and other creatures that came from elsewhere in the cosmos to Earth. While these encounters were described as divine in the past, today we try and approach the issue scientifically, something that has proven to be very difficult. But in 1947, two major scientists addressed the issue like never before, considering every single possible outcome and reason why otherworldly entities would come to planet Earth.

But first, before addressing the declassified document let’s take a look back in history to see what evidence there is about the subject, and we will see that ancient man had talked about these otherworldly entities and “Flying objects” hundreds and even thousands of years ago. 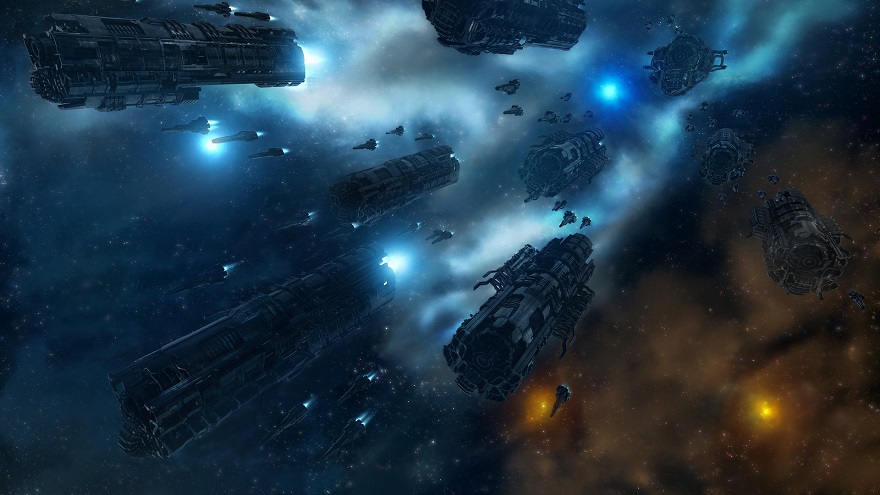 Extraterrestrials and UFOs in ancient history

There are many ancient documents like the Tulli Papyrus which states that in the distant past, in ancient Egypt, otherworldly vehicles visited our planet. Even though this ancient text does not mention whether the ancient Egyptians did in fact establish contact with the otherworldly visitors, it is nonetheless a very important day in history, both for humanity and the ancient Egyptian Civilization. It is important to mention that it is very unlikely that the ancient Egyptians misinterpreted these “fiery disks” with some sort of astronomical or weather phenomena. The Ancient Egyptians were experienced and gifted astronomers, and by the year 1500 B.C., they were already experts in the field, meaning that they would have described an astronomical phenomena in a much different way. Also, in this ancient documents, the “fiery disks” are described as they changed directions in the sky, so we know that these objects didn’t fall, but remained in the Egyptian Sky.

“After several days had passed, they became more numerous in the sky than ever. They shined in the sky more than the brightness of the sun, and extended to the limits of the four supports of heaven […] Powerful was the position of the Fiery Disks.”

The Popol Vuh is another important ancient text where we can learn a lot about the creation of man. The Popol Vuh was recorded by the priests of the Feathered-Serpent, and translated from the Quiche (a dialect of Maya) into Spanish by Francisco Ximenez. This work attracted the attention of the Abbé Brasseur de Bourbourg, who in turn translated it into French, and it is his rendition that writers of English have used as the basis of their studies

All was immobility and silence, in the darkness, in the night; only the Creator, the Former, the Dominator, the Feathered-Serpent, they-who-engender, they-who-give-being, hovered over the water as a dawning light.

But not only can we see such description in Ancient Egypt and the Americas. All around the world we find evidence in the form of text or depictions of beings and ‘objects’ that are not native to our planet. For example in the 14th century paintings “The Crucifixtion” located at the Visoki Decane Monastery in Kosovo, we can see a depiction of a man sitting inside some sort of flying craft.

Other paintings like the one present in the Church of the Dominican Monastery in Sighisoara depicts a flying disc that appears very similar to other disk-shaped objects that have been present in historical artwork. We cannot forget the 17th century French getons that seem to depict flying saucers as well, even though historians have “debunked” the French getons stating that these are just depictions of “shields”.

Another painting that we find very interesting is the “The Baptism of Christ” by Aert De Gelder. Looking at this painting the first thing that you notice are these strange rays of light that are coming down from a disk shaped object in the sky. It is one of the most interesting paintings and according to the Ancient Alien theory, this painting is a piece of strong evidence which illustrates a Disk Shaped flying object.

The Top Secret Document Written by Oppenheimer and Einstein: RELATIONSHIPS WITH INHABITANTS OF CELESTRIAL BODIES

But details about flying vehicles and ‘otherworldly’ beings are not exclusive to ancient man. There is a top-secret (now unclassified) document written by Robert Oppenheimer, an American theoretical physicist, and Albert Einstein, a German theoretical physicist who wrote a report about the “Relationship with Inhabitants of Celestial Bodies”.This enigmatic six-page document is one of the first to make reference to Extraterrestrial Biological Entities and states that the presence of UFOs is something accepted by the military for a long time.

Excerpt from the document (you can read the entire document by clicking here):

“Relationships with extraterrestrial men presents no basically new problem from the standpoint of international law; but the possibility of confronting intelligent beings that do not belong to the human race would bring up problems whose solution it is difficult to conceive.

In principle, there is no difficulty in accepting the possibility of coming to an understanding with them, and of establishing all kinds of relationships. The difficulty lies in trying to establish the principles on which these relationships should be based.

In the first place, it would be necessary to establish communication with them through some language or other, and afterwards, as a first condition for all intelligence, that they should have a psychology similar to that of men.

At any rate, international law should make place for a new law on a different basis, and it might be called “Law Among Planetary Peoples,” following the guidelines found in the Pentateuch. Obviously, the idea of revolutionizing international law to the point where it would be capable of coping with new situations would compel us to make a change in its structure, a change so basic that it would no longer be international law, that is to say, as it is conceived today, but something altogether different, so that it could no longer bear the same name.

If these intelligent beings were in possession of a more or less culture, and a more or less perfect political organization, they would have an absolute right to be recognized as independent and sovereign peoples, we would have to come to an agreement with them to establish the legal regulations upon which future relationships should be based, and it would be necessary to accept many of their principles.

Finally, if they should reject all peaceful cooperation and become an imminent threat to the earth, we would have the right to legitimate defense, but only insofar as would be necessary to annul this danger.”

What Oppenheimer and Einstein were trying to communicate through their report is that official disclosure of extraterrestrial beings would cause great damage on society and belief systems around the world. While governments around the world might know about the presence of extraterrestrial entities, it is very likely that these opted to keep that information a secret since the damage would be irreversible.

Oppenheimer and Einstein also consider the possibility that if the extraterrestrial entities are more advanced than we are, would it be possible to co-exist peacefully on planet earth? And if these beings actually came to Earth, what would their purpose be considering they are more advanced than we are? Would they come to Earth to annihilate us? Or would they come and offer support? Helping our species to evolve at a faster rate?

“We cannot exclude the possibility that a race of extraterrestrial people more advanced technologically and economically may take upon itself the right to occupy another celestial body. How, then, would this occupation come about? (source)

The idea of exploitation by one celestial state would be rejected, they may think it would be advisable to grant it to all others capable of reaching another celestial body. But this would be to maintain a situation of privilege for these states”.

The document also talks about Unidentified Flying Objects and their presence on Earth, something the military around the world is very familiar with. Oppenheimer and Einstein question whether the presence of celestial ‘astroplanes’ in our atmosphere is a direct result of our testing atomic weapons. The two scientists consider the possibility that extraterrestrial entities might have arrived to Earth in order to monitor our progress.

“The presence of unidentified space craft flying in our atmosphere (and possibly maintaining orbits about our planet) is now, however, accepted by our military.” (source)