The Vikings may have caused one of the earliest animal...

Up until the 12th century, a unique species of walrus thrived in Iceland. And then the Vikings arrived, thus marking the beginning of the end for this walrus species as it became extinct just a few hundred years later.

A team of researchers sought to explain why the Icelandic walrus disappeared during the Viking Age. Several competing theories such as migration, climate change and humans have floated about for years. Using 34 prehistoric and historic walrus skeletal specimens that have been found in Iceland, the team sought to find DNA in the bones to establish that this walrus was a separate species from the Atlantic walruses we know today.

They also sought written historical records to establish the presence of this walrus species during Viking settlement of Iceland, which began in 874 AD.

According to the report published by Oxford Academic Molecular Biology and Evolution:

In this study, we compiled lists of old place names, skeletal finds, and written records (from 870 to 1262 AD) referring to walruses in order to assess the spatiotemporal occurrence of walrus in Iceland. Of the known walrus skeletal finds, a total of 34 were available for destructive analysis and subject to radiocarbon dating. We generated mitochondrial DNA sequences from these dated samples and additional historic and ancient walruses from across the North Atlantic. We then combined and analyzed the newly generated genetic data with previously published genetic sequences totaling 67 mitochondrial genomes, as well as >400 control region (CR) sequences, to reveal the phylogenetic placement of Icelandic walruses and the potential impact of Norse hunting on the population.

“Natural History Museum collections provide a remarkable window into the past, which with modern day technology allow us to explore the past effects of human activities and environmental change on species and ecosystems. This can be further put into context by studying the Icelandic Mediaeval literature, historic place names and zooarchaeological sites,” Hilmar J. Malmquist, Director of the Icelandic Museum of Natural History, Reykjavik, Iceland explained in a statement to the University of Copenhagen.

The samples revealed that this walrus was, indeed, a unique species that had existed for thousands of years. Of course, once the Vikings arrived in Iceland, they set their sights on the walrus for its meat, blubber and tusks, which they especially valued for trade and use in manufacturing objects, which have been found as far away as the Middle East and Asia.

Skeletal remains, place names, radiocarbon dates, and ancient mitochondrial DNA analyses support the existence and continuous occupation of a unique resident Icelandic walrus population for thousands of years prior to the arrival of the Norse. Radiocarbon dated samples revealed an almost continuous chronology of walrus concentrated in western Iceland for about 7,500 years, suggesting a stable, long-term presence of walrus in Iceland up until 1213–1330 AD. This evidence supports the Norse as active hunters of a local population of Icelandic walruses and not opportunistic collectors of prehistoric ivory fragments. The existence of walrus on Iceland during early Norse settlement was further supported by eight place names referring with certainty to walruses originating from the Settlement (870–930 AD) and Commonwealth (930–1262 AD) periods.

Hunts sought to obtain walrus meat, hide, and blubber for domestic use, but also ivory as a nonperishable, easily transportable, highly valuable trade good for international markets. Across Europe, the Middle East, and Asia, walrus ivory was crafted into a wide range of objects including ecclesiastical crosiers, game pieces and most particularly, sword hilts and knife handles.

A tusk found in Sweden even matched DNA results from the study, proving that walrus tusks were harvested by the Vikings and were used for trade with peoples in far away parts of the world.

But, just as humans continue to do today, overhunting led to a population decline, which worsened with natural disasters and a climate shift.

The extinction of Icelandic walruses was likely caused by human hunting given the timing, known value of walrus during the Viking Age, and how easy naïve Icelandic animals were to capture, as mentioned in several Sagas. Exacerbating the effect of human hunting, environmental factors including volcanism and a warming climate may also have contributed to the disappearance of Icelandic walrus.

“We show that already in the Viking Age, more than 1000 years ago, commercial hunting, economic incentives and trade networks were of sufficient scale and intensity to result in significant, irreversible ecological impacts on the marine environment, potentially exacerbated by a warming climate and volcanism,” lead author and Globe Institute PhD student Xénia Keighley explains. “The reliance on marine mammal resources for both consumption and trade has so far been underestimated.”

Today, walruses are vulnerable in the Arctic, which is suffering from the impact of worsening climate change that is causing the ice sheets to melt. This loss in habitat, including breeding and hunting grounds, is making existing walrus populations shrink, putting them on the same path to extinction as their earlier relatives during the Viking Age. In fact, the researchers discovered that this is among the earliest extinctions associated with humans.

“Our study provides one of the earliest examples of local extinction of a marine species following human arrival and overexploitation,” University of Copenhagen Assistant Professor at Globe Institute Morten Tange Olsen says. “It further adds to the debate about the role of humans in the extinction of megafauna, supporting a growing body of evidence that wherever humans turn up, the local environment and ecosystem suffers.”

This extinction during the Viking Age should serve as a warning for humans in today’s world. Overexploitation and climate change puts every species at risk. Just as the walrus disappeared from Iceland and deprived the Vikings of a valuable resource, millions of species are on the brink of suffering the same fate today. And we will ultimately pay the consequences of these extinctions.

The Vikings clearly did not recognize the consequences of their actions, but history should teach us to know better. It’s too late to save the Icelandic walrus, but there is still time to save existing walrus species. They are a keystone species, which means walruses are depended upon by the overall ecosystem in which they live. Without them, an ecosystem can collapse.

We have a responsibility to learn from the past mistakes our species has made. If we don’t all walruses will be extinct along with millions of other species. And once these species are gone, human extinction won’t be too far behind. 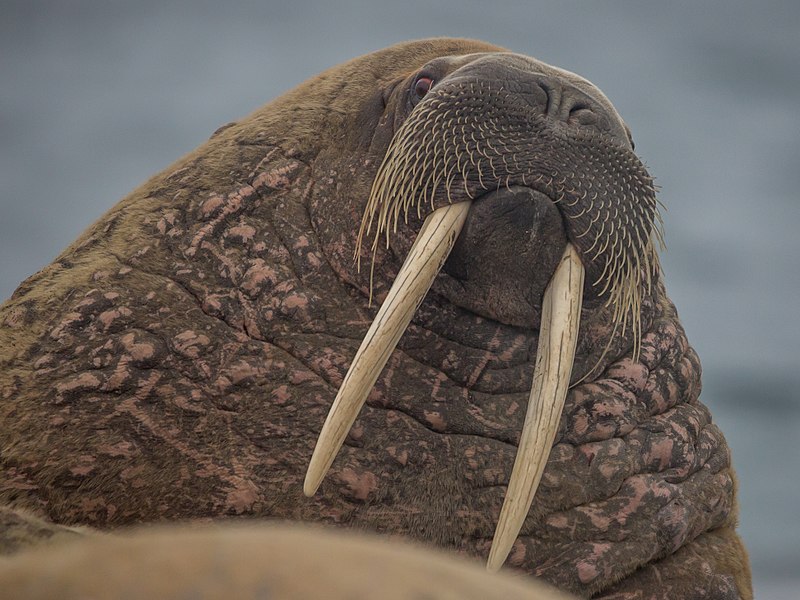