The Goddess Of A Thousand Faces: The Fertility Goddesses Of...

There are literally thousands of different goddesses in world mythology, but perhaps the oldest is the fertility goddess. Hundreds of female effigies (known as the Venus figurines) can be found scattered around Europe and parts of Asia, dating from 35,000 BCE to 16,000 BCE (see images 1 – 7).

But with no written text to explain what they were used for, what chance do we have of deciphering their role in prehistory? Has their ritual significance been lost to the annals of time? Perhaps not. Some scholars believe it is possible to gain an understanding of their function by examining the functions of more recent artifacts.

It is possible to trace a connection between the prehistoric figurines and later statues which arose in the Neolithic and Bronze Age era. By studying the effigies of fertility goddess throughout history, four classic poses seem to emerge depicting their role. 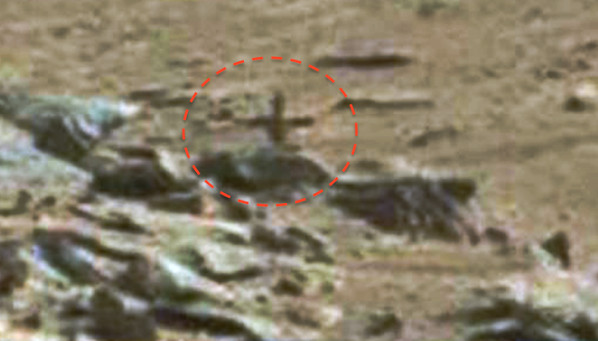 1. Breast offering pose (figure 1, 4, 12, 16); where she holds her hands around her bosom which suggested her function as a goddess of nourishment and fertility.

2. Upward arms stretch (figure 2, 11, 13, 17, 18); the figurine seems to reach to the heavens, signifying a celestial connection. This pose also accentuates her breasts which suggest a fertility function.

3. Seated pose (8, 10, 14, 15); typically found throughout the Neolithic (when humans adopted a domestic lifestyle). These figurines were often found in homes, suggesting a matriarchal figure who was revered by the villagers.

4. Voluptuous torso (3, 5, 6, 7, 9, 15, 19); the most common pose throughout history, small heads, wide hips, and legs which taper to a point. These figurines typically exaggerate the abdomen, hips, breasts, thighs, or vulva. In contrast, their arms and feet are often absent. This suggests they represent the tribal values of womanhood (nourishment, sexuality and propagation).

Recorded history began around 5500 years ago, where the earliest decipherable language emerged from Mesopotamia (cuneiform) and ancient Egypt (hieroglyphics). These civilizations have offered historians a significant insight into their mythology via the language they left us on clay tablets and painted artifacts.

One artifact, in particular, has made an appearance in many cultures throughout Eurasia, featuring heavily in their mythology. She is the goddess figurine of love, sex, and fertility. In Sumeria, she was known as Inanna (figure 12), in Akkad as Ishtar (figure 17), in ancient Egypt as Hathor (figure 19), and in Hellenistic Babylon as Astarte (figure 20).

Her dominion was widespread throughout the Middle East and the Mediterranean. She was also depicted as a warrior goddess, wielding a strong political influence as a diplomat. In some Ugaritic texts, she is said to have calmed the thunder-god Baal, averting him from the murder of his fellow deities.

This love goddess was associated with the moon, where she was said to give life as the moon waxed, and then diminish it as the moon waned. The light and dark aspects of her power are related to a story about her and her lover Tammuz, who annually descends to the underworld and is resurrected again by the love goddess. This lunar mythology illustrates her connection to the lunar cycles which rhythmically alter the fertility of the land.

In Mesopotamia, she was called “Mother of the Fruitful Breast“, ‘Queen of Heaven’, ‘Mother of Deities’, etc. Her pervasive mythology throughout Eurasia likens her to a powerful protective deity who protected the village and made the lands and its people healthy and fertile. She truly was an all mother, or at any rate a principal of fertility that guaranteed the long-term survival of the group.

Could it be that this goddess was active in our social consciousness as early as the Stone Age? All the Bronze Age icons mirror earlier poses from Venus figurines of the Paleolithic era (2 – 13, 7 – 19, 1 – 16). If this were the case, then this Earth Goddess figure would have been the first deity ever to enter man’s consciousness.

What’s more impressive is that she would have been worshipped for over 30,000 years before the advent of any other Gods. It wasn’t until the late Neolithic that we saw the arrival of divine beings like Tiamat (Mesopotamia) and Ra (Ancient Egypt).

This would make her the most ancient of all the gods, a legend who has been venerated longer than any other deity including Yahweh (who has only been worshipped for a sixth of her entire reign).